Where do we find ourselves? Land Art’s Dual Tendency 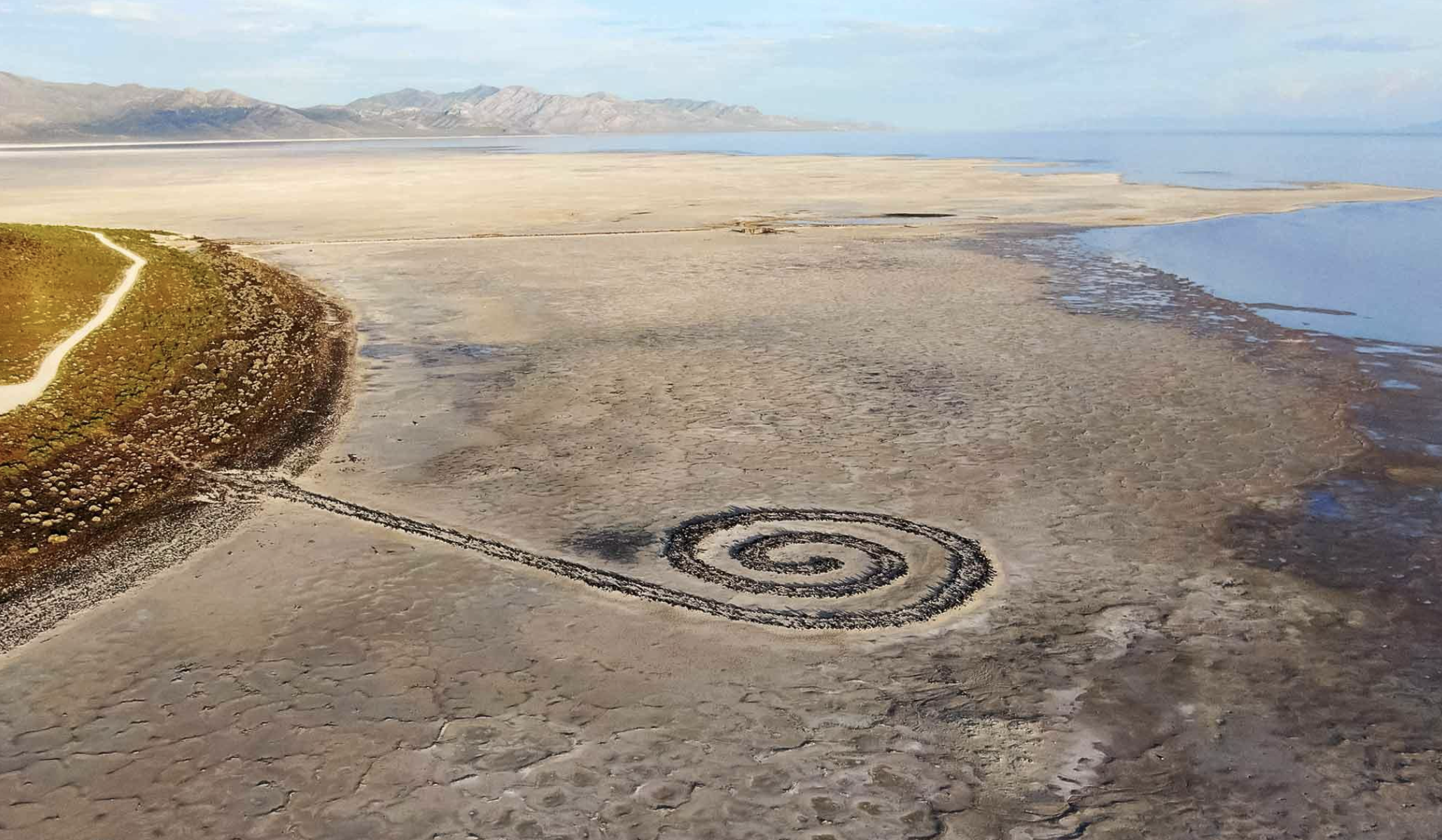 “Where do we find ourselves?” a question Ralph Waldo Emerson asks himself at the onset of his essay“Experience,” feels increasingly relevant in our current social climate. This reflection, that brings about the study of space and human’s position in space, as well as in relation to the land, is the common motif behind the Land Art movement.

Both historically and ideologically tied to conceptual art, the genre relies heavily on the realms of the symbolic, and more recently, there has been substantial discourse and examination about its motivations.Although the movement coincided with the rejection of urban living and an enthusiasm for that which is rural, it simultaneously relies heavily on documentation to be able to exist in public consciousness, creating a controversy regarding Land Art’s dual tendency.

As Richard Long has commented “Nature has always been a subject of art, from the first cave paintings to 20th century landscape photography.” With roots deriving from early archaic references, Land Art has historically and inextricably been linked with the back-to-the land movement and environmentalism. These works, and the spirit in which they were created, are doubtlessly products of the times, as artists were acutely aware of the rise of ecological concerns and a shared appreciation for the land’s vulnerability, asWalter de Maria’s statement implies: “I like natural disasters and I think that they may be the highest form of art possible to experience.”

Land Art as a form of social protest developed in the 1970s and emerged from the trauma of war. As ecology escalated, more artists started to challenge earthworks’ domination of land, reclaiming the meanings of earth and territory ownership. Regardless of whether or not the movement set out to promote these values, the artists acknowledged how the installation of a piece of art in nature demanded the viewers’ attention to its context, and its rising deterioration. As Robert Smithson recognises, “The miner who cuts into the land can either cultivate or devastate it... Depending on how conscious he was of nature in himself and the landscape. A mine could be as natural as wilderness.” Although Smithson sought to distance himself from the literary historians, artists, and environmentalists who responded to the industrial sprawl of the 1950s and 60s conveying land as an intact, pastoral paradise, his work still resonated with many conservationists. Smithson’s installations strived to be an assimilation, an integral part of nature; picturing a fully engineered space that remains as relevant to environmental thought today as it did then.

Although Land Art has previously been associated to American tradition and its perpetual discovery of the land, similar works existed in entirely different geographical contexts. Israeli Artist Micha Ullman’s political commentary “Messer-Metzer,” a piece of Land Art involving digging two equally sized pits on either side of the Israeli-Palestinian border and moving the soil from one pit to the other’s had a pronounced political resonance, and opened a discourse regarding the political and geographical connotations of Land Art. Even the juxtaposition of the word land, with the word art, which references human-made objects, creates a dichotomy that calls for resolution.

Environmental and political commentary aside, modern earthworks, such as Robert Smithson’s Spiral Jetty, were more inclined towards challenging the conventions of where high art belonged, as resistance to the gallery space. During the 60s, artists including Dennis Oppenheim and Walter de Maria sought to liberate sculpture and installation from the podium of the museum space, and thus made work that was inevitably bound to its site. These works were often large-scale and ephemeral - the natural materials used in the artworks tend to decay, wither, melt or fall apart, restricting many pieces to exist in a temporary dimension.

This transient quality encouraged art galleries and museums to exploit the need of camera-use and documentation to capture these works, which consequently created a field of commercial opportunity offered through photographs and moving image. Likewise, large-scale Land Art was often expensive to complete and required financial support from the system that the artist attempted to critique, creating a tension that is the origin of Land Art’s dual tendency. The works’ dependency on the dissemination of documentary photographs in popular media leads us to wonder whether its circulation is a fundamental aspect of Land Art’s existence, and brings up challenges and controversies about the aura and reproduction of the work of art. As Walter Benjamin argued, “even the most perfect reproduction of a work of art is lacking in one element: Its presence in time and space.”

Gerry Schum’s video installation “Land Art,” showing eight artists and their works of art in rural sites, is a commentary on the works’ mediatic dependency - his objective was to expand the message of the emergent movement and sidestep the gallery / collector distribution channels, instead creating a new, modern system of communication. With the participation of artists such as Richard Long, Dennis Oppenheim, Robert Smithson, and Mike Heizer, Schum achieved a prolific critique of artistic conventions, and successfully conveyed that “Art should no longer be made for the privacy or exclusiveness of dealers or collectors.”

Land Art’s purposes can be seen as diverse and at times paradoxical, however, all in all, the movement found new alternatives in using and perceiving time and space. Without a manifesto, the collection of artists and works can hardly be called a “movement,” but rather a group of individuals connected through similar ideas - always challenging the viewer with an aesthetic discourse on our relationship to art, and the land that we live in.