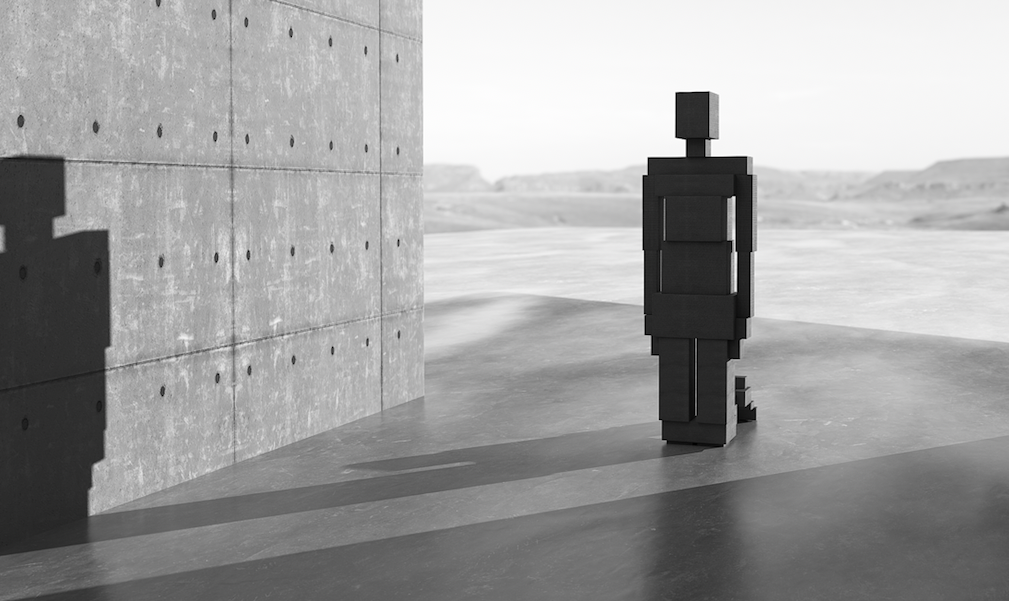 The British artist Sir Antony Gormley is widely acclaimed for his sculptures, installations and public artworks that investigate the relationship of the human body with space. His sculpture Subject, 2012, featured in our exhibition What’s Up / Twenty Twenty, is a perfect example of Gormley's celebrated Cube Works series (2012 – 2018), in which the artist's critical investigations with the human body and how it inhabits the architectural scape become most powerful and evident.

In a career spanning forty years, Gormley has reached a level of recognition for which many artists strive. His work has been widely exhibited throughout the UK and internationally with exhibitions at the Royal Academy of Arts, London (2019); Delos, Greece (2019); Uffizi Gallery, Florence (2019). In 1994, he was awarded the Turner Prize. In 1997 he was made an Officer of the British Empire (OBE) and was made a knight in the New Year's Honours list in 2014.

The critical engagement of Gormley’s sculptural project with both the artist’s own body and those of others confronts fundamental questions of where human beings stand in relation to nature and architecture as a mental condition. Harnessing the language of modernity -most notably De Stijl and American minimalism-,Gormley’s geometric constructions of bodily figures eschew illustration and mimesis while allowing an open ground for projection and reflection:

“The body is the place where emotions are most directly registered. When you feel frightened, when you feel excited, happy, depressed – somehow the body registers it.” -A.G

Translating the volumes of the body into strict cubic frames built of solid iron blocks, the uncompromising orthogonals that compose Subject, 2012 belie their emotional punch, its sculptural structure so schematic that the body form is rendered purely abstract, but without any loss of human empathy.

Expressing serenity and composure, the body posture of Subject, 2012 evokes a feeling of reverence and submission, with fists softly rested on the hips; and back, shoulders and neck standing firmly straight. The sculpture’s knees and feet touch the ground, making the body’s contact with the floor part of the sculpture’s structure, kneeing down for support and interrogating our dependency on habitat.

Implying a dialogue between human nature and planetary matter this work is cast in iron, an earth material identical to the core of the planet and which when exposed at its surface reacts to time and the elements, fusing the both into the meaning and material of the sculpture.

This piece is an excellent example of Antony Gormley’s Cube Works series (2012 –2018). Intrigued by the ways in which iron pyrite naturally aggregates, the artist began to experiment by using off‐set cubes to create body masses. The aim was to translate the volumes of the body into strict cubic frames or solids, propping up the architecture, and testing the bounding condition of the space.

Following these interrogations of how the human body occupies space, Antony Gormley asks:

"if a mind occupies the body and the body occupies a building, how does it feel if we substitute building for body? To what degree are we sheltered and contained by our structures and to what extent are we controlled by them?" -A.G.

Whereas Subject, 2012 resembles a three-dimensional architectural model, or ground plan of a modernist housing ensemble, it alludes, both literally and figuratively, to the notion of the ‘house’, which is here articulated as a man-made construction and shelter, without which we would ultimately perish, but also as the bodily ‘shell’ that protects something infinitely more remote and enigmatic: the cerebral inner ‘space’ where thought and emotion reside. In his exploration of the points of contact between these two spheres, the work bears witness to Gormley’s on-going investigation of geometry, abstraction and our metaphysical relationship to the built environment. Through materials, gesture and spatial relationships, the artist strives to give form to that which is least visible and most profound: the sensation of occupying a body that, in turn, inhabits the world.