The Young and Black Vanguard 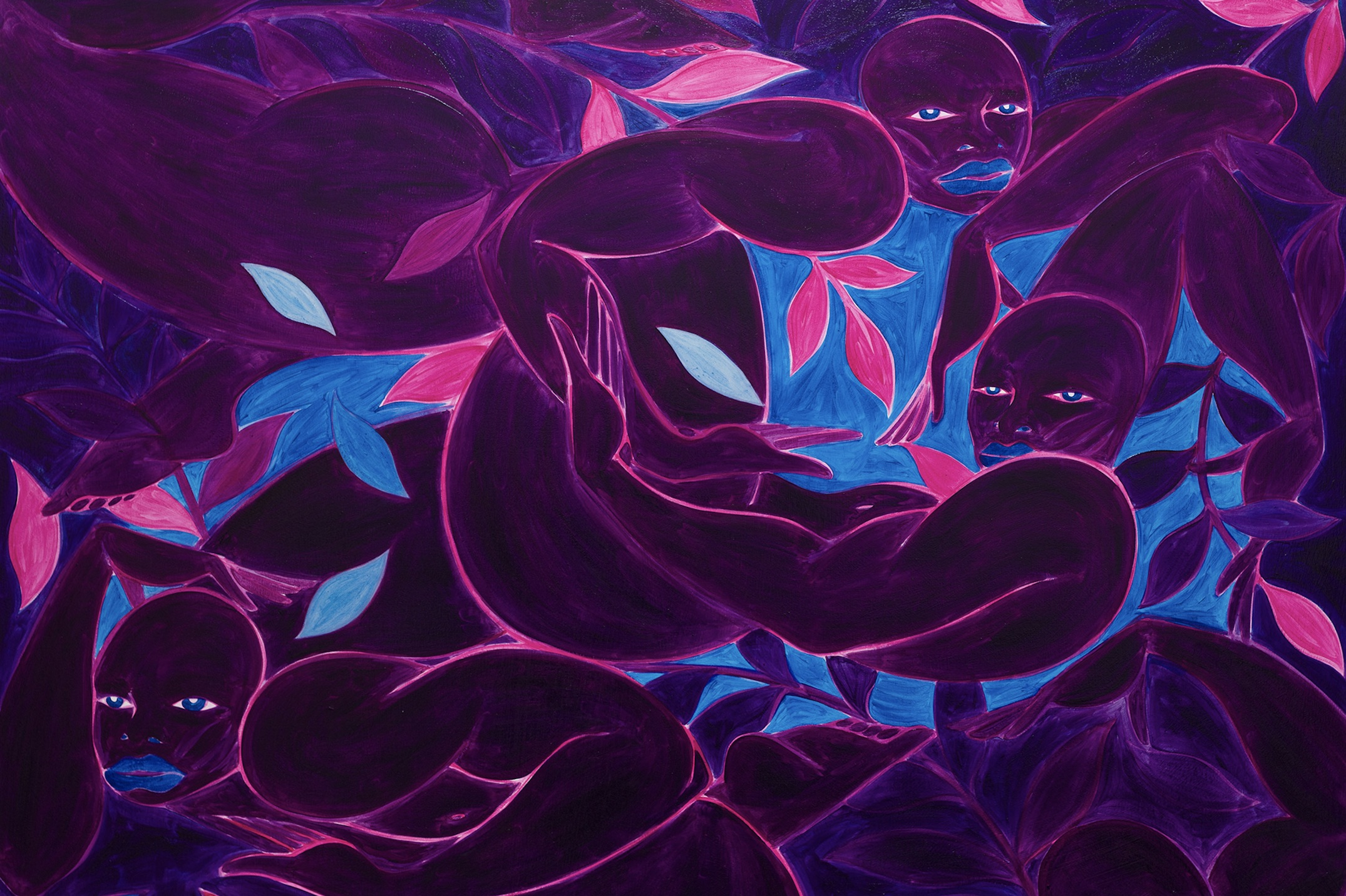 The beauty of art is that it's constantly evolving and being pushed to new heights with each new generation of artists. A crop of young black artists, in particular, deserve to be on your radar, adding immeasurably to the artistic dialogue with their unique visions and techniques. Here is our latest list of young artists to watch:

Tunji Adeniyi-Jones’s paintings emerge from a perspective of what the artist describes as ‘cultural addition, combination and collaboration’. Born and educated in the UK and now living and working in the USA, his practice is inspired by the ancient history of West Africa and its attendant mythology, and by his Yoruba heritage.

Often beginning with studies in ink pen or watercolour on paper as a means to explore his imagery, Adeniyi-Jones employs a varied palette and works with different seasons or times of day. His characters and forms are repeated and re-worked in multi-panel paintings which depict figures in small groups or pairs, invoking the ritualised repetition integral to ceremonial processes.

His boldly coloured paintings are set within a flat, shallow space located in modernist abstraction – in particular the overlapping planes of Cubism and the colourful papier découpé of Matisse – as well as the narratives and symbolism of West Africa. In these, abstract backgrounds of lush, stylized foliage proliferate across the canvas surface, the sinewy bodies emerging and dispersing into the tessellating shapes and interlocking swathes of colour.

Jerrell Gibb's paintings are distinctive for their loose playful lines, an illustrative style emulating the beauty in daily mundane life experiences. The subjects are static, however, his unmistakable expression affirms the multilayered experience of African-Americans by accentuating Black identity through an empathetic and authentic lens.

Gibbs pays homage to Matisse who similarly believed expression and decoration are one in the same. The arrangement focuses equally on placement, size and proportion, as on painterly gesture. His claim of legacy and the way it performs and displaces an audience unaccustomed to more extensive and wide-ranging portrayals of Black life is powerful.

Alex Gardner’s cool, surreal canvases portray androgynous, mostly featureless Black subjects situated amid spare colour fields. Gardner uses dark, inky hues to render these figures’ skin and adorns them with pastel-tinged clothing. This contrast creates both tactile warmth and a sense of distance, which is amplified thanks to the sitters’ lack of recognisable features. These anonymised forms variously raise questions about racial identity, gender roles, and the chilly nature of digital interactions. The artist has referenced Old Masters including El Greco and Michelangelo, giving art historical traditions a contemporary update.

Educated in a shared art studio of South African painters in his early twenties, soon after deciding to dedicate his life to art, Cinga Samson has recently established himself as an important new voice in contemporary painting. His oil works on canvas manifest echoes of what he describes as the superstitions and spirituality integral to his upbringing in the town of Ethembeni and its surrounding countryside. Desire, aspiration, and celebration of identity drive much of his work, for which he draws inspiration from fashion, heritage, and the works of Paul Gauguin and Andrew Wyeth, among others. Samson’s process incorporates the use of sketches and photo shoots; he carefully selects elements within a composition to be replaced with others in order to achieve a sensual equilibrium between the real, the imagined, and the accentuated.

Joshua Oheneba-Takyi's versatile practice, based on drawing and painting, has increasingly drawn attention. In his work, he intimately documents and examines the themes of placement and displacement, often employing the chair as a metaphor for notions of stability and belonging. Oheneba-Takyi learned the practice of mixing paints and painting on canvas on his own and through his contemporaries. In 2018, he founded Painstpree, a not for profit organization which turns any space into an art-friendly environment where participants can relax and paint for fun as a way to invest in their creative selves.