The value of the Ephemeral: Farewell to Christo 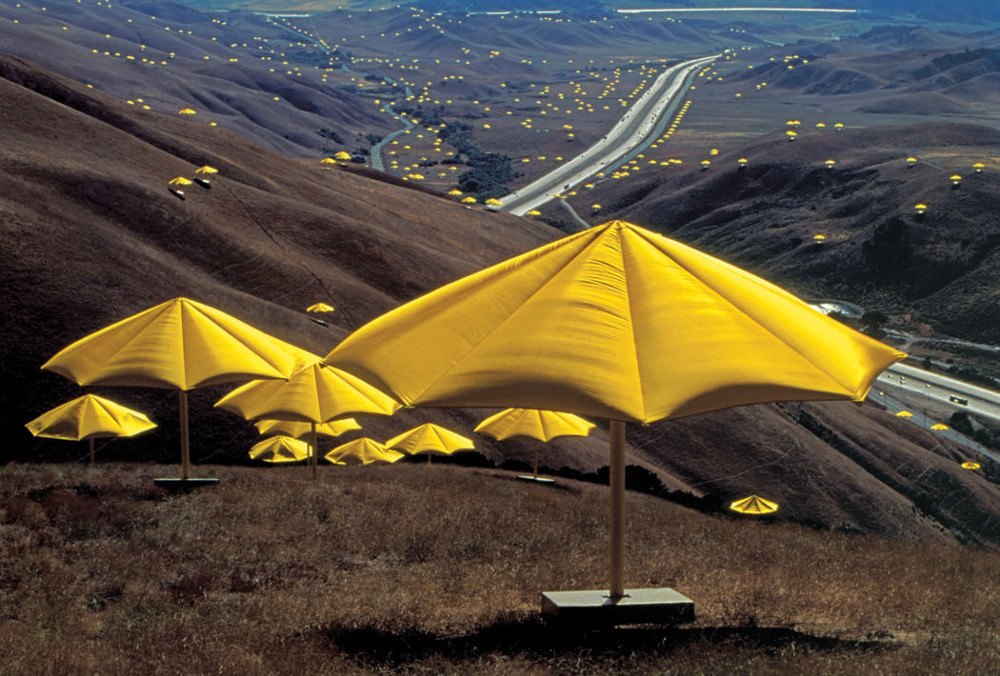 Statelessness: according to International Law, a stateless person is someone who is "not considered as a national by any state under the operation of its law".

After escaping from the Communist dictatorship of Bulgaria, his country of origin, Christo Vladimirov Javacheff moved to Prague, Vienna, Geneva, and finally to Paris, where he was regarded as a refugee and, therefore, a stateless person. Charmingly enough, although Christo was not recognised as being a citizen of any country, the nomadic artist borrowed spaces and created “gentle disturbances for a few days” all around the world.

For the course of his life, Christo was a spiritual genie. Far from following traditional artistic approaches, Christo recognised that artworks can only be seen to be truthful and authentic when they reflect the ephemerality of life itself. Accordingly, Christo produced artworks that only existed for a number of weeks, such as wrapped-up buildings, bridges, landmarks, seacoasts, city parks or geologic formations, each becoming a temporary yet mesmerising eighth wonder of the world:

‘Gather ye rosebuds while ye may,

And this same flower that smiles today,

Tomorrow will be dying.’ -(Robert Herrick)

Since everything in the spatio-temporal world is contingent, we must follow Horace's  dictum of “carpe diem” and grasp our opportunities while we can, a sentiment that was expressed by the artist himself in a recent interview when referring to some of his  installations:

“There will never be another Running Fence or Floating Piers. If you didn’t see it, you missed it.” “We have these two weeks with our precious babies,” Jeanne-Claude -Christo’s life partner similarly said. She continued: “As for me, I always feel physically, viscerally joined to the work.”

Working closely with his wife, Jean Claude,  the artists' couple signature works couldn’t be commodified because of their ephemeral nature. Moreover, during a talk at the Harvard School of Design in 2016, Christo claimed that he would never let someone pay to experience his works, and that no one could ever buy his projects’ “freedom”:

“Freedom is the enemy of possession, and possession is permanence.”

Christo has taught us, therefore, that art should be, like him, nomadic. His artworks inspired spontaneous responses and fully engaged us. Following this line of thought, it would be incorrect to talk about an 'audience' when it comes to the visitors of Christo’s art. People directly engaged with Christo's installations and were thus able to achieve experiences that would have been unthinkable before the realisation of the said work.

In this regard, Christo's 2016’s installation over the Italian Lake Iseo is unforgettable; countless visitors were able to step onto the artwork – sometimes even in bare-feet – in order to completely immerse themselves in the natural surroundings. By allowing the visitor to 'walk on water' in this way, Christo enabled them to perform something that only the Gods had previously 'experienced'.

As underlined by Christo’s words, nature was a fundamental component of his work: the artist used lands as his personal canvas, harmoniously displacing on them temporary triumphs of vision. For instance, Umbrellas (1991) was an installation made of more than 3,100 blue and yellow umbrellas spread across inland valleys in Japan and California. Such a simultaneous displacement of art unifies mankind: with his Umbrellas Christo aimed at showing how each person, be they Japanese or American, is moved by the same necessities, such as the protection from heat or rain. On the other hand, by adopting different colours, he aimed to represent the unique colour palette in the landscape of the two countries: Japan with its blue watery rice fields and California with his yellowish sand deserts.

May we throughout our lives be fuelled by the same indefatigable attitude that Christo and Jeanne Claude always displayed in their artistic practice: outstanding works require, naturally, tireless preparations. It took several years to finally obtain the permission to wrap monuments such as the Reichstag in Berlin, following years of navigating through the correct channels of bureaucracy.

For Christo, his life as an artist began by learning how to comply to the propaganda requirements insisted upon by the Bulgarian Communist regime. In spite of this, he managed to develop an very individualistic form of artistic production which aimed at liberating people, rather than indoctrinating them. The project to wrap the Reichstag took 24 years, three official refusals, and the fall of Communism before it was completed in 1995, but, in the end, it became true and stood as the affirmation of his own freedom.

More recently, in the Summer of 2018, he surprised us all again with his London Mastaba, located in the middle of the Serpentine Lake in Hyde Park. The sculpture, made of 7,506 oil barrels, had been conceived by the artist-couple, but, unfortunately, only Christo had the chance to actually see it, as Jeanne-Claude died in 2009. Art always came first for the artist-couple: in fact, even though the two were reportedly inseparable, Christo and Jeanne-Claude always flew on different planes during their uncountable trips; at least one of them had to finish their artwork, in the case of a plane crash.

Similarly, an instillation in which the Arc of Triumph in Paris will be wrapped-up, which is expected to be completed in October 2021, is set to continue even without the artist. For Christo, the transient quality of his art was a reflection on the ephemeral nature of human existence; although he will not be able to experience for himself his forthcoming work, his visitors will bear witness to his final 'temporary' triumph.