The opacity of territory and identity: Mohamed Bourouissa, Robert Longo and Joshua Oheneba 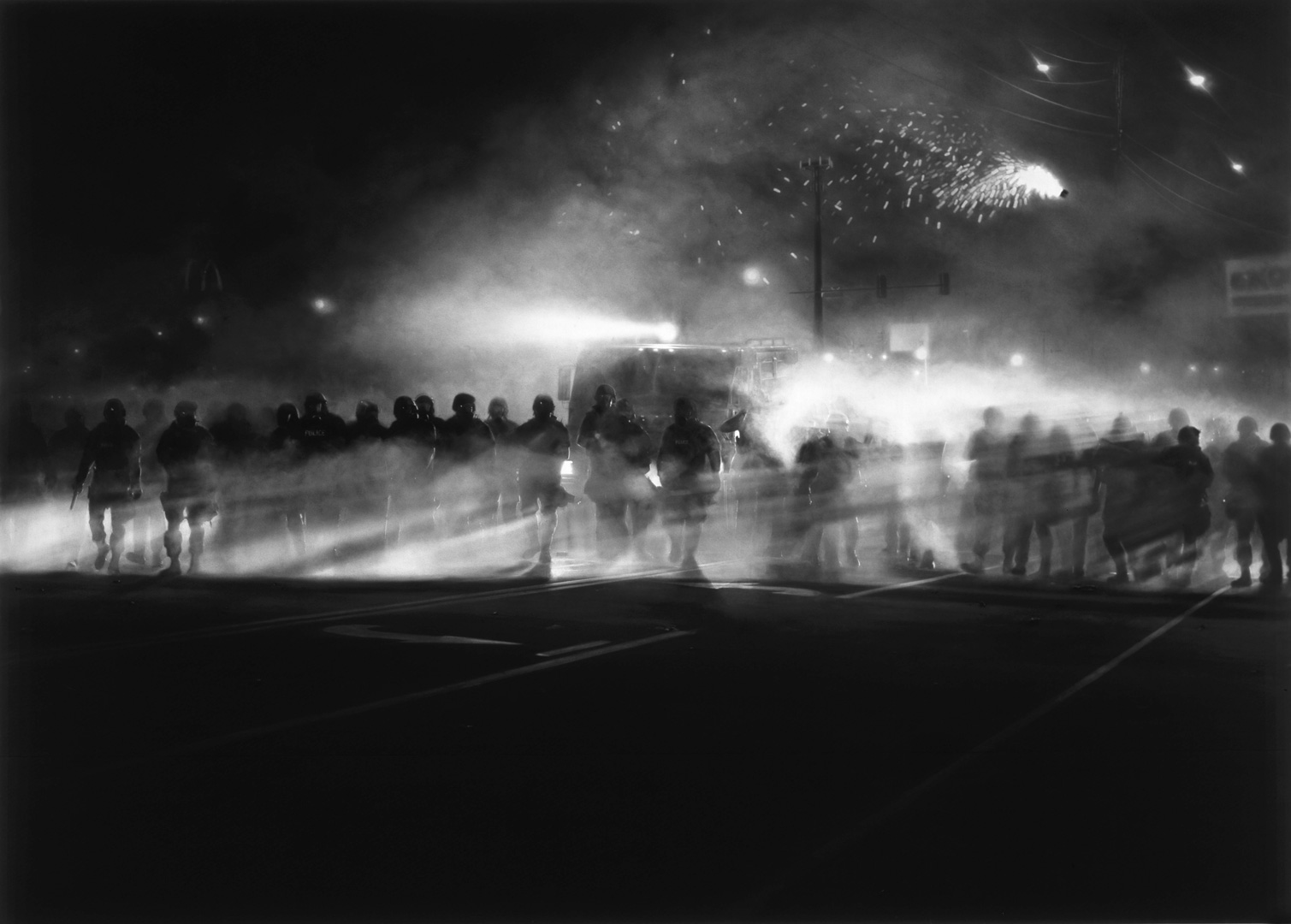 “America really is a territory; it’s such a segregated country. In Philadelphia you can see this. The African Americans have to be here, the Mexicans there. In France, and in Algeria too, you have segregation but it’s more diffused. In the US it’s very, very clear, it’s very violent.” – Mohamed Bourissa in conversation with Okwui Enwezor (Kamel Mennour and The Barnes Foundation, Philadelphia), P. 9-10.

Mohamed Bourouissa (b. 1978) is an Algerian-French photographer whose work focuses on what existence in the margins looks like for those left behind at the crossroads of exclusion. Born in Algeria, Bourouissa has lived in France since 1983. Alike Frantz Fanon, the French West Indian psychiatrist and philosopher from Martinique, Bourouissa challenges how historically rooted cultural beliefs around race, identity and language written within the codes of everyday life and the challenges this casts for the existence of those from ethnic minority backgrounds. Fanon wrote in Black Skin, White Masks, ‘In the World through which I travel, I am endlessly creating myself.’ Bourouissa’s work has been largely influenced by Fanon’s critique of colonial mentality. Exploring this notion of alterity, Bourouissa integrates himself within culturally rich marginalised communities. His depiction of these people who are usually on the periphery of society both challenges the historical reservations for artistic subject matter and defies social conventions. For example, Horse Day a documentary and series of imagery shot in the Strawberry Mansion neighbourhood in Philadelphia focuses on an African American community’s urban stables, in a way that removes class convictions surrounding horsemanship and the perspective that would exoticize these Black cowboys.

If Bourouissa critiques the constructs of mass media through photography, American artist Robert Longo (b. 1953) uses his charcoal, large-scale drawings to call into question police brutality. Longo’s hyperrealistic works have included subject matter reflecting themes of racial injustice and problematizing authority. In August 2014, the Ferguson protests and riots took place following the shooting of Michael Brown, a young Black man, by a police officer in Missouri. Longo depicted this event in his work ‘Untitled (Ferguson Police, August 13, 2014)’ which features a row of silhouettes of ambiguous armed cops marching towards the picture plane, illuminated by searchlights in a haze of smoke behind them. The drawing was based upon photographs of the turbulent, charged streets of Ferguson following the shooting. The chosen moment presents the police in a demonic light and as writer Jonathan Jones says, it suggests a shadow on America’s conscience. The ongoing incidents of conflict between the American police force and Black citizens, adds urgency to the need for mutual recognition as the security of millions of citizens is defied when stigma against skin colour is active in a country’s main body of defence.

Finally, the rising Ghanaian contemporary painter Joshua Oheneba Takyi, also featured in ‘What’s Up 2021’, conceives this substructure of territories and identities with regards to shared human experiences. Unlike Bourouissa and Longo’s work, Oheneba Takyi’s vivid, acrylic paintings are less of a critique of the opacity of recognition. Instead, the repeated theme of chairs in his work suggests something that unifies human experience and marks human territory. Speaking about his own move from Kumasi to Accra the artist described how he arrived in his apartment with no belongings and the first object he placed in it was a chair.  In conversation with Efia Serwah, Oheneba Takyi said, “That was a very defining moment for me because all my life I didn’t realise how a chair could signify human presence. Suddenly the room was not empty anymore. With a chair there, it made me feel like I actually occupied that space.” He has continued to employ this ordinary and domestic object as the focal point of his painting to explore themes of placement and displacement.

Mohamed Bourouissa, Robert Longo and Joshua Oheneba Takyi are three artists featured in ‘What’s Up 2021’ whose conflicting mediums explore a variety of themes. However, each artist has incorporated an element regarding the opacity of human flow and recognition into their work. Bourouissa does this through community and identity, Longo through oppression and authority and Oheneba Takyi through the metaphorical use of the chair as a symbol of stability and belonging. This breadth of themes are increasingly important in the twenty first century as we strive to break down the behaviours that were embedded in our culture from the past and art is proven to be an incredibly powerful force in doing this.