The Last of the Adventurers: The Legacy of Peter Beard 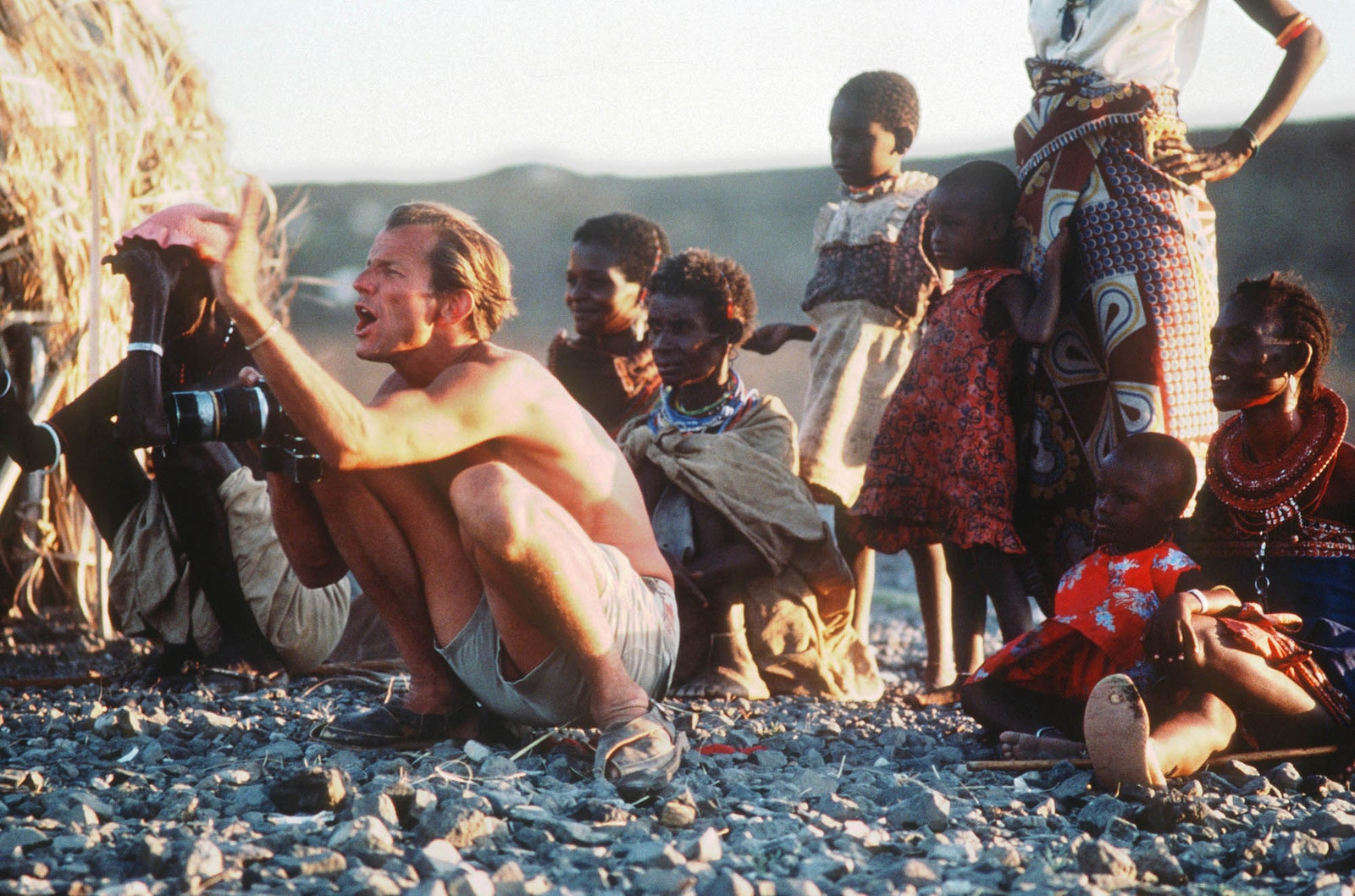 Photographing wildlife, wild personalities and living an extravagant, untamed, life, Peter Beard was the personification of the word “Wild.” Baptized “the last of the adventurers,” Beard is as famous for his very public private life as he is for his idiosyncratic collage diaries and assemblages. Bringing together found objects, contact sheets, literary text and photographs from Tsavo, Kenya, his work subverts craft, control, and intentionality, typically associated with conventional artistic practice.

Beard himself referred to his devotion to photography as something to be taken not too seriously, introducing himself as “a dilettante,” or amateur. However, the artist played an undisputed role in portraying an impeccable artistic vision of Africa to the West, although many accused him of offering a slanted and idealized perception of the continent - the only lover he remained loyal to until the end.

This infatuation with Africa is directly transferred onto his complex collages, often splattered with animal blood, and at times, with his own. Montage, Beard ́s most frequented medium is now more relevant and “valid” as an art form than it was at the dawn of his practice, and many contemporary artists and creatives draw heavily from his work. A versatile art form that allows one artwork to accommodate multiple texts and visuals, the medium is increasingly significant in our information-crowded society due to its potential for synthesizing elements and transforming them into a general mood, creating resonances and connections that form the basis of discussion and learning.

It is this ability to create an image that values multiple distinctive understandings that allowed Beard to insert environmental messaging into his work, quietly advocating for ecological and animal conservation causes, becoming a humble pioneer of the movement. “He led the way,” said Paul Theroux. “He was really the first person to chronicle the decline of wildlife.” The environmentalist in Beard led him from studying at pre-medical school at Yale to changing his course to Art History, studying with artist Josef Albers and art historian Vincent Scully. “It soon became painfully clear,” Mr. Beard said, “that human beings were the disease.”

After once finding a big game poacher on his property, “Hog Ranch,” famously next to Karen Blixen ́s (author of “Out of Africa") coffee plantation, Beard tied the man up in wires, stuffed a glove in his mouth and left him there. Although this cost the artist a week in African jail and a few more of press and rumors in NewYork, these solitary but outrageous acts of protest slowly but surely granted Beard an environmentalist status within Western and African preservationist circles. Ultimately, the artist was years ahead of his time in his efforts to sound the alarm about environmental damage, and became a walking symbol for a future generation of artists who would use their art to send urgent social messages to the public. “The deeper the white man went into Africa, the faster the life flowed out of it,” Beard wrote in his most critically acclaimed book, “The End of the Game.”

In fact, since the birth of Beard ́s practice, collage art has been famously utilized as a tool for social and political commentary - the use of visual methods of information gathering, editing, analysis and synthesis have become a process and space of reflection for artists, allowing for a deeper meaning to be inserted into their compositions. From Barbara Kruger ́s black and white photographic collages filled with direct cultural critique of capitalism and patriarchy, to the more recent Carmen Winant ́s subversive feminist creations (the artist taped thousands of photographs of women giving birth to the walls of the Museum of Modern Art), collaging has become a real technique of presentation and communication, of any idea or belief.

It is thanks to the ability of the collage to coexist as an aesthetic piece of art as well as a direct message, (unlike other mediums where you are encouraged to interpret and speculate), that allowed Beard ́s work and personality to become so prolific in Western social circles. Just like his work, Beard ́s persona was built on juxtaposition, on the interplay of fragments from multiple sources, whose piecing together formed something wonderful. An artist, ecologist, father, husband, heir to tobacco and railroad fortunes, adventurer, fervent socialite and Casanova, amongst many more, Beard succeeded in simultaneously harmonizing all of these aspects of his life. In the same way that his work was built on interdisciplinarity, connecting multiple layers of meaning, Beard makes a case for versatility and elasticity in identity, in a society where we are often encouraged to pigeon-hole ourselves.

Which Peter Beard will be remembered remains an open question for now. According to his family, the artist “died where he lived: in nature.” So Bon voyage Monsieur Beard. May you rest on the wild side.