The Influence of Jazz on Stanley Whitney and Sam Gilliam 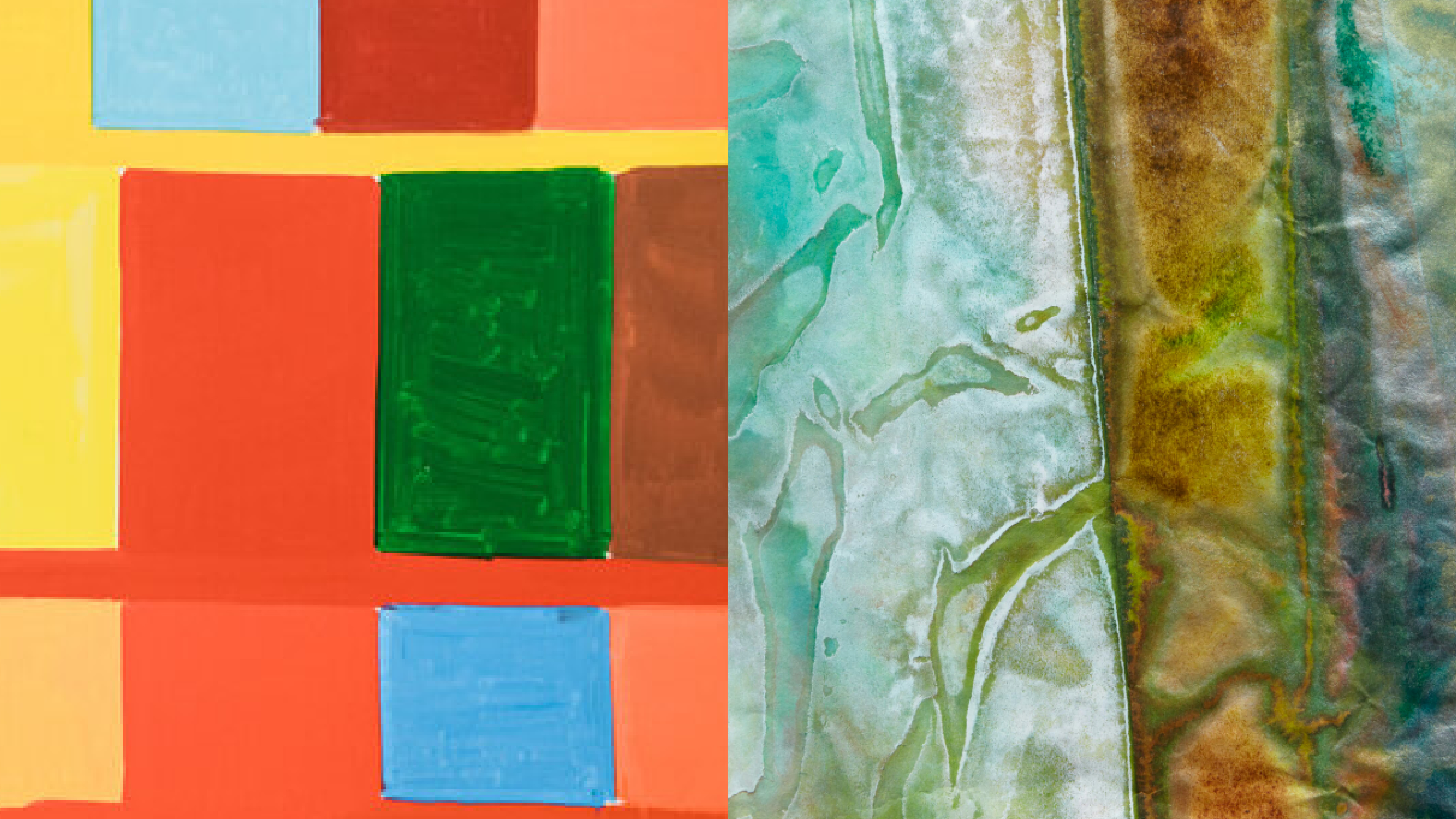 “I can’t stand to sing the same song the same way two nights in succession,” Billie Holiday wrote in her autobiography, Lady Sings the Blues. To her, performing the same song without variation drained the idiosyncratic magic out of music, reducing it to automation. In the same way, we can think about Stanley Whitney's paintings as a variant of the same motif: his iconic coloured grid, which is interpreted and represented differently in each of his canvases through different colour combinations,  maintains the same structure that the artist is famous for. At the same time, when we look at Sam Gilliam's work, we can feel that sense of rhythmic fluidity that has come to define the basis of jazz music. Like Whitney, Gilliam comes back to the same improvisatory approach to abstraction, revelling in the infinite possibilities contained within the same process.

Jazz grew from a distinctively African American sensibility. In the aftermath of slavery, large black communities existed across America with their own heritage and influences. Combining African rhythmic and percussive styles with more European forms of harmony and structure, African Americans created a musical fusion born out of this duality. Jazz was also unique in its focus on improvisation, allowing for unprecedented freedom of expression through music.

Like a jazz player riffing on the same chord or melody, both Gilliam and Whitney -African American artists active during the Civil Rights era- have frequently spoken about the influence of jazz in their work.

““Jazz leads to the acrobatics of art,”—Sam Gilliam

When Gilliam moved to Washington, DC, in the early 1960s, he promoted concerts, bringing the Modern Jazz Quartet and Marian Anderson to the city during the era of civil rights. Painting in his DC studio, Gilliam listened to the vanguards of bebop: radical improvisers who pioneered a liberated Black musical aesthetic rooted in African and African American cultural history. Gilliam has talked about his associations with John Coltrane’s music and the aural impression of his “sheets of sound”—a conscious visual metaphor for Coltrane’s innovations in jazz harmony and rhythm. “Coltrane worked at the whole sheet,” Gilliam has remarked, “He didn’t bother to stop at bars and notes and clefs and various things, he just played the whole sheet at once.”

Gilliam has also identified with the performance of jazz musicianship, saying, “jazz leads to the acrobatics of art,” revealing his affinity with the bodily, affective presence of a musician like Coltrane in the “acrobatic” moment of improvisation.

As is well documented, Gilliam remained wholly committed to abstraction in the 1960s and 1970s, at a time when the Black Arts Movement (BAM) sought to frame Black art through a “socially responsible aesthetic” that was rooted in figuration and realism. Gilliam’s abstraction allowed him to move more fluidly through questions of race and self-identity, and he chose to relate to them freely as one element among many, rather than as a matter of fate. His engagement with jazz was similar; it is not always explicit in his work, but it is central to the mosaic of his artistic identity. His statement that “before painting, there was jazz” is revealing in this context. As French philosopher Gilles Deleuze has observed about the painterly process, “It is a mistake to think that the painter works on a white surface,” by which he means that the blank canvas is already filled with the ideas that the artist brings to the painting. He calls this “the painting before the painting.” Gilliam’s decisive “before painting, there was jazz” compels us to interpret the aural trace of jazz influence in his work.

Before painting, there was Jazz -Sam Gilliam

"Music was always there for me as a kind of rhythm- getting in rhythm, having a rhythm." -Stanley Whitney

A lifelong music lover, Whitney’s intuitive painterly process draws parallels to the free-flowing and improvisational style of his favourite jazz musicians. From Miles Davis to Nina Simone, Whitney cites the nature of jazz music as a major source of inspiration when he was young, and throughout his life. The Philadelphia-born, New York-based artist often cites experimental jazz as an influence on his practice, as well as Roman architecture, Egyptian hieroglyphs, and Gee’s Bend quilts.

Today, any viewer of Stanley Whitney’s paintings is immediately attracted to the magnetism of his irregular grids in vibrant, saturated hues. What is not so immediately apparent is the influence on Whitney’s work from his African-American heritage and the jazz clubs he would frequent both in Philadelphia and New York. Describing the analogy between music and his paintings, Whitney likens his process to the call and response structure characteristic of African-American music. He explains, “I start at the top and work down. That gets into call and response. One colour calls forth another. Colour dictates the structure, not the other way around.” Whitney has also described the impact that the 1959 album by Ornette Coleman, “The Shape of Jazz to Come,” had on him and his approach to painting. “It wasn’t easy,” says Whitney. “It was something totally different—a bigger part of the world. And that was where painters tried to take their painting.”

Since 1996, Whitney has returned to the same format for his paintings: stacks of colourful rectangles arranged within a large square of canvas. His colours are brilliant and expressive, with jolts of tangerine oranges, drippy reds, and meditative azures. Each canvas follows its own off-beat rhythm, with three or four horizontal bands dividing each square into quirky grids.

When I first went to art school, I thought of Cézanne in terms of Charlie Parker and the rhythm. -Stanley Whitney

When asked about the impact that jazz music has had in his art, Whitney, in an interview with Louise Neri, responds: "By the time I was in high school, around 1964, I was listening to Ornette Coleman’s Shape of Jazz to Come, John Coltrane’s Love Supreme, Thelonious Monk, Charlie Mingus, and others; these musicians were great revelations to me. Before that, I was thinking about joining the army! But when I discovered jazz, I realised that there was a whole other world. So when I first went to art school, I thought of Cézanne in terms of Charlie Parker and the rhythm. After five years at art school in the Midwest, looking at Munch and Goya, I came to New York and went to jazz clubs—Five Spot, Village Gate. I wanted to hang out with the musicians" -Stanley Whitney in conversation with Louise Neri, April 2021.

Exhibitions not to miss this fall