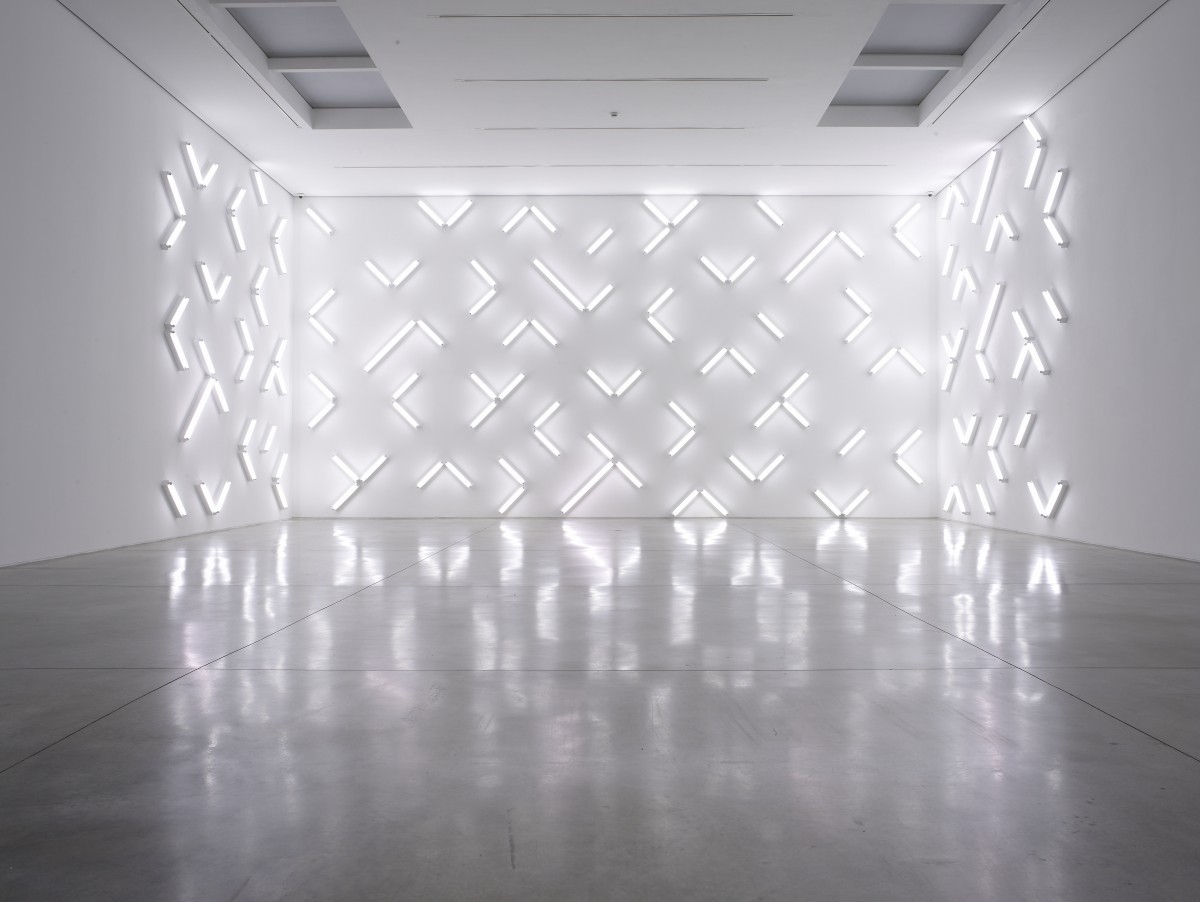 In 1960s Los Angeles, concurrent to the Minimalist movement in New York City, emerged a group of artists associated by their preoccupation with light and space. The Light and Space movement, sometimes referred to as California Minimalism, shares with Minimalism a stripped down aesthetic, but prefers to interact with its environment much differently. The vast geography and temperate climate of California is echoed in the work of these artists including Dan Flavin, Larry Bell, Robert Irwin, James Turrell, and Mary Corse.

The name ‘Light and Space’ was first used in 1971 at a UCLA University Art Gallery Exhibition that included Larry Bell, Robert Irwin, Peter Alexander, and Craig Kauffman. The exhibition, titled Transparency, Reflection, Light, Space: Four Artists, describes the work as a “liaison between the artists and the spaces they chose to animate." These artists attempted to create something unique that was both ethereal and geometric.

Some of the pillars of the Light and Space Movement are scale, finish, and multi-sensory displays. The work tends to be less about the object itself and more about the perception of it. Much of these creations used a large scale or site specific installation. Stretching into the environment around it, a work such as Mary Corse’s Untitled (White Black Blue) stretches an incredible length to confront the viewer with alternating white, black, and blue acrylic paint that has been infused with glass microspheres. The vastness of such a work allows for the viewer to more readily feel their own presence against it as well as amplifies details such as the nuanced finish of shiny glass in the paint.

Finish, particularly a glossy finish, was favoured by this movement. Art Historian John Coplans termed this phenomenon the ‘finish fetish’ in the late 1960s. Some favoured materials included glass, plastic, neon, and resin. Helen Pashgian, a prime female member working within the group, favoured a highly glossed, smooth surface. Seen in works such as Untitled, the cast resin creates a glassy sheen almost tactile to the viewer and only further emphasised by its spherical shape.

A full scale installation intends to ignite many senses at once and continuously shifts when moving through a space. Working with light particularly allows artists to do this as light is never the same from a different vantage point. A James Turrell installation is often a flow of ambient colours and smooth shapes taking on different effects from its surroundings. The colour mixed with light creates a feeling of both the natural environment as well as the sublime. In James Turell’s Untitled There is a combination of hard edges and organic shapes, warm light and cool light, and light coming from both above and below. These culminate in an overwhelming and changing sensory effect for the viewer.

The Light and Space Movement have left a legacy despite coming out of a relatively small art scene in mid century California. Sometimes referred to as ‘The Cool School’, these works are something to be experienced as much as to be viewed.