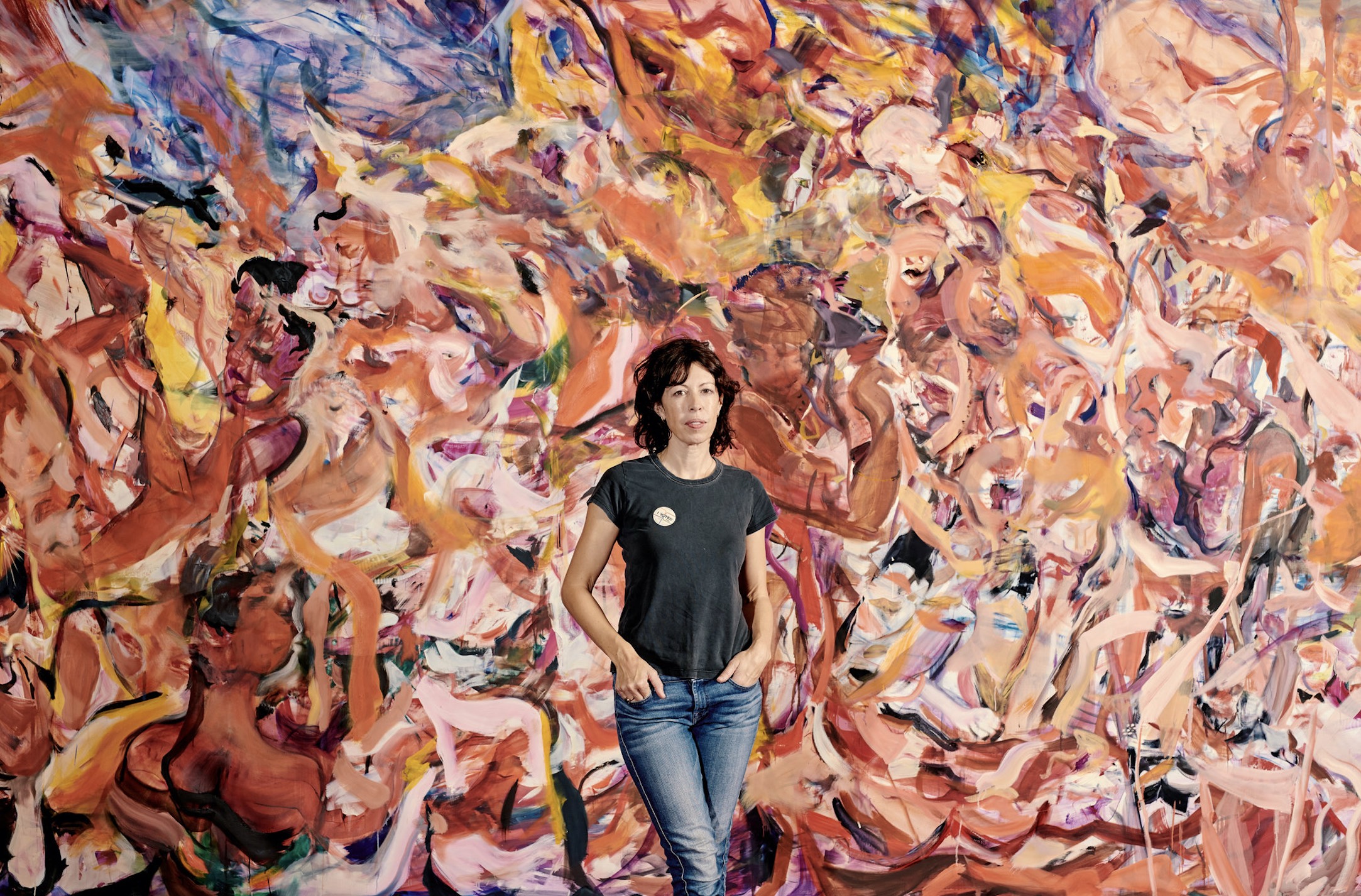 On 17th of September the prestigious Blenheim Art Foundation is opening a solo exhibition dedicated to the British artist Cecily Brown. The show runs through January 3rd, 2021 and features entirely new works from Brown created in reaction to the landscape at Blenheim Palace, as well as its history and art collection. The stately home has seen infusions of contemporary art before, through solo shows of artists such as Maurizio Cattelan, Jenny Holzer and Yves Klein among others.

It has been a meteoric rise for Cecily Brown, whose large scale canvases have been steadily popular since the 1990s. After graduating from Slade Fine Art School in London she relocated to New York City where she now lives and works. She felt stifled by the presence of her contemporary British artists and thought the welcoming New York scene when SoHo still buzzed with galleries was a better fit for her. She was the first show at Jeffrey Deitch’s Deitch Projects in 1995 before getting swept up by Gagosian and later landing at Paula Cooper. In May 2020, Gagosian sold her work Figures in a Landscape I, 2001 from its online viewing room for $5.5 million. Which still trails behind her auction record, Suddenly last Summer, 1999, that sold for $6.7 million at Sotheby’s in 2018. She is also represented in institutions such as Tate, London and MoMA, New York. Two particularly oversized works made for The Metropolitan Opera in New York earned prime spots in the theater for the 2018 season.

“There was never a point when she wasn’t a giant star” -Sam Orlofsky, Director at Gagosian

At first glance Cecily Brown’s paintings seem chaotic but she is quick to clarify that her process is much more meticulous than it lets on. Known for her vast array of art historical references, Brown’s paintings might seem familiar. The dense and layered pieces have bits of important Western artists such as Joan Mitchell and compositions echoing Pablo Picasso and Théodore Géricault. Aware of her painterly touch, she said to Apollo Magazine:

“I think they’re (the YBA’s) the children of Gilbert and George and Bacon in a way that I feel I am as well. I’ve just got a bit more Turner thrown in.” -Cecily Brown

Most renowned is her combination of abstraction and figuration. Much of her early work centered on the female body which is nothing new to Western art but, in opposition to her predecessors, many of whom were male, Brown's desire is to represent the female gaze. While her representation can be overtly sexual it is clearly missing the violence seen in the work of Willhem de Kooning or Jackson Pollock, artists her work is often compared to. She will begin numerous canvases at once and take years to finish them. Processes by which fresh eyes and countless layers shape the piece. This creates a storied final production with a fleshy physicality to it. However, definitive style does not negate an ever evolving body of work. In more recent years she has begun to turn to the natural world, animals and landscape, as other subjects of her work. Alongside her paintings she also creates smaller monotype prints on paper.

The canvases make the viewer recall some of their most beloved art within the comfort of the painting medium but get put into her unique language just enough to make them feel innovative. “The whole figurative abstract thing is about not wanting to name something, not pin it down. I’ve never wanted to let go of the figure, but it keeps wanting to disappear. It’s always a fight to hold on.” Brown said. She has struck the right chord between absent and accessible, familiar and modern. Her success shows that art historical favourites such as Abstract Expressionism appeal, but benefit from a contemporary, female subversion.

In line with her previous work, the illustrious past of Blenheim Palace gave Brown plenty of opportunity to tie it into the exhibition. In The Blenheim Art Foundation’s release they stated she was able to “visually reference masterpieces by Sir Joshua Reynolds and Sir Anthony Van Dyck on view at the Palace, as well as family heraldry, armorial banners and the martial scenes of the Blenheim Tapestries that line the State Rooms.” Even with rich art historical references, it’s a thoroughly modern affair with one of the preeminent female artists of the 21st century.