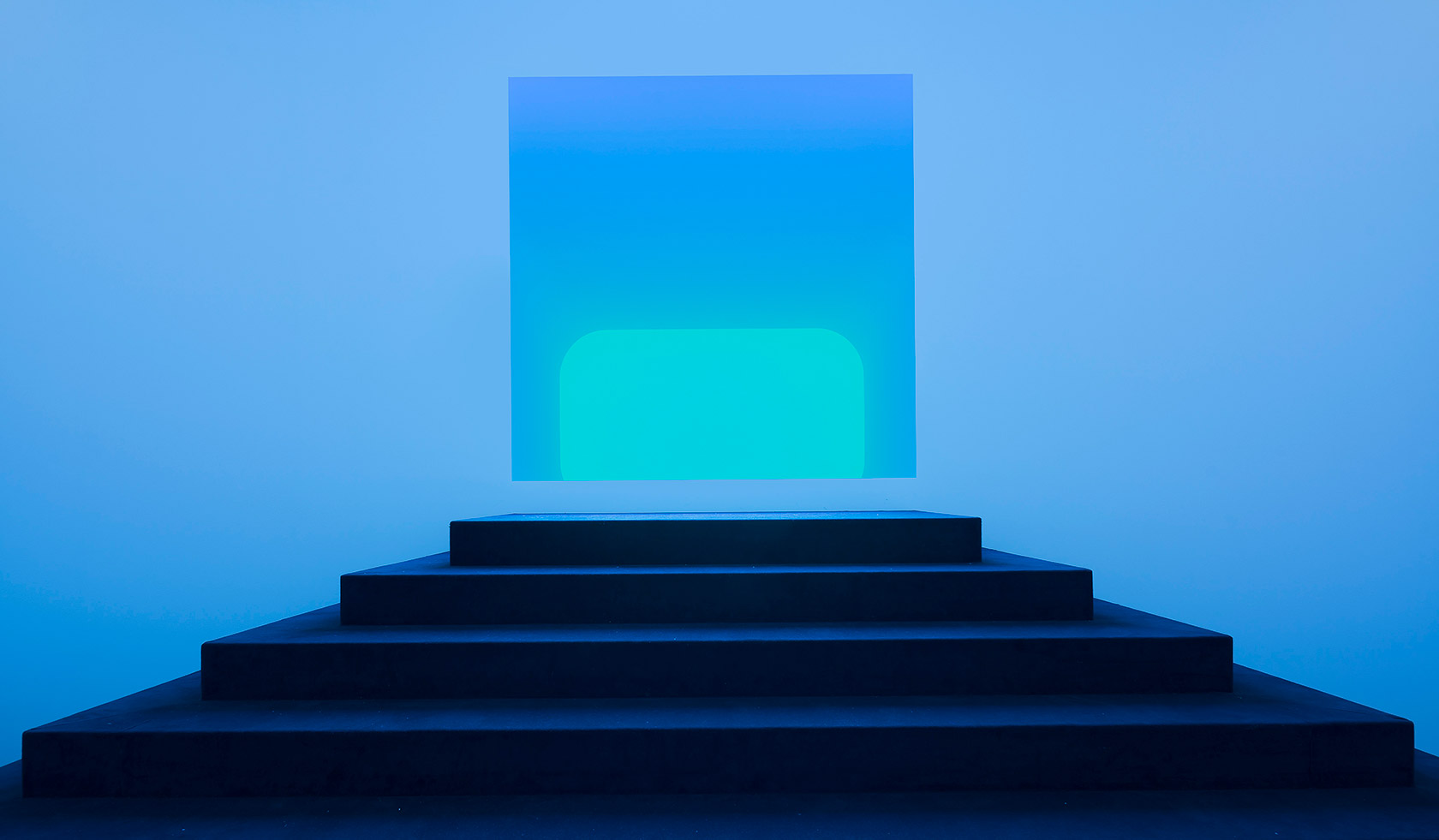 They say the radiant lighting of the sun-soaked hills of Hollywood is what brought the movie industry in, and has dazzled endless creatives since, making Los Angeles the entertainment capital of the world. The clear sky expressing every angle of the orbiting sun, fluffy clouds, shifting colors, and visible stars, all have a transcendental quality. We see it in the sunsets and twilights, and on the smiling faces of celebrities, surfers, techies, and all else who thrive in the light. In the 1960s a group of artists were inspired by this light and pioneered the Light and Space Movement, examining light as an artistic medium, as an experience in itself, and as a facilitator of communion with a higher power.

In the art history timeline, the light and space movement is a classic example of the East Coast West Coast rivalry in America, being seen as a break from the Abstract Expressionism playing out in New York City at the time. In the works of Richard Serra and Robert Morris there is a material purity in sculpture, and in Jackson Pollock a gestural, visceral grasping at existential questions on man’s sense of self. These artists drew from post war America, and war tends to make people ask “why?” about a lot of things, especially reflexively, of one’s own existence. Unlike the poignant drama of this approach, artists on the West Coast flirted with geometric abstraction with an emphasis on “transcendentalist levity” and the boundary-dissolving aspects of light as a medium. There was also an embrace of cutting-edge fabrication methods, due to the new technology that flooded America after years of military innovation for the war. Time went on and protests against the Vietnam War flooded the nation with philosophies of peace, and the motivation to seek it in everyday life. Peace and Love, the hippie movement, and rapid technological innovations paved the way for a new breed of artists in California, that radically changed art exhibition in meaningful ways. These include immersive experiences, emphasis on the personal experience of the viewer, and space age technologies that were becoming available to the public.

A pioneer of, and arguably the most famous artist of the movement, is James Turrell. Turrell’s ability to “apprehend light”, bend it and shape it, is the main medium of his work. Turrell had a wildly interesting pre-artistic life, where he was raised by Quaker parents including a father who was an aeronautical engineer. A pillar of Quakerism is the belief in “Inner Light”, and this could contextualize his oeuvre’s deep themes of communion with God and desire to “bring celestial objects like the sun and moon into the spaces that we inhabit”. Turrell’s famously peaceful presence, is underlined by his choice to be a “conscientious objector” during the Vietnam War. He was a trained pilot by the age of sixteen, and when drafted he ended up flying Buddhist monks out of Chinese-controlled Tibet. It is rumored that this was part of a CIA mission, yet he claims the mission was of strictly humanitarian purposes.

His self-proclaimed “art habit” developed alongside his studies of perceptual psychology, geology, and astronomy. He was neighbors with Robert Irwin, a fellow artist of the movement, while they both had studios in Venice Beach in the 1970s. They collaborated together in the Los Angeles County Museum of Art (LACMA) Technology Program and investigated perceptual phenomena, such as the Ganzfeld effect. At the time Irwin was also using light as a medium, but in an unrestricted way, letting variant light flood empty rooms and determine the artwork experience. Somewhat in opposition, Turrell covered the windows of his studio to only allow prescribed amounts of light from outside to come through the openings and controlling the illumination to create highly specific shapes. This can be seen in his first light projections such as Raethro Pink (Corner Projection), 1968 which appears as a hovering 3D pink triangle, but is actually an optical illusion of projected of light. From these smaller shapes he evolved into immersive rooms, continuing his research on the Ganzfeld effect, defined as “a phenomenon of perception caused by exposure to an unstructured, uniform stimulation field”. In these works, he created immersive experiences by filling large empty rooms with a unifying color of light and hid all aspects of the light source creating a soothing and disorienting feeling of spaciousness. His 2013 retrospective at the LACMA, debuted Breathing Light, 2013 an immersive pink room that later became the inspiration for Drake’s wildly popular “Hotline Bling” music video. Kayne West has also quoted Turrell as a major inspiration for the immersive color experiences of his Sunday Service performances. Turrell’s lifelong project, The Roden Crater, is also the set of Kanye’s 2019 IMAX film “Jesus is King”. Prior to making the film, Kayne reportedly donated $10 million towards the project. This demonstrates the contemporaneity of his work, and the unending inspiration he has provided to many multidisciplinary creatives.

Turrell’s Skyspaces are less known in the mainstream but are equally iconic to art aficionados. The Skyspaces are works that are enclosed spaces open to the sky through an aperture in the roof. The enclosed spaces normally have a perimeter of benches where viewers can sit and watch the sky change. The roof creates a frame for the ever-changing sky, giving it the experience of viewing a canvas stretched across the ceiling. These works have been described as a “celestial viewing room designed to create the rather magical illusion that the sky is within reach”. The concept of bringing the sky within reach has been with Turrell all along, and will outlive him in his monumental project, the Roden Crater. In the year 2020, Turrell has been working on the crater for around 40 years and it is about 1/3 of the way complete. Timely, he is expected to open the highly secretive project to a small group of viewers this May, for the price of $6,500 in efforts to raise money for its completion. What is the Roden Crater? The Roden Crater is a skyspace in its highest form. In 1979 Turrell acquired a small, extinct volcano located in Arizona. Since then he has spent decades shifting tons of dirt, building tunnels, and creating apertures in efforts to transform the crater into a naked-eye observatory for experiencing celestial phenomena. This project truly speaks to compilation of all his interests and is a monument to his greatest desire, to “bring celestial objects like the sun and moon into the spaces that we inhabit." Without the use of high-tech telescopes, to see celestial phenomena with the naked eye could be nothing short of a transcendental experience.