Our Five Most Anticipated Pavilions At The 2022 Venice Biennale 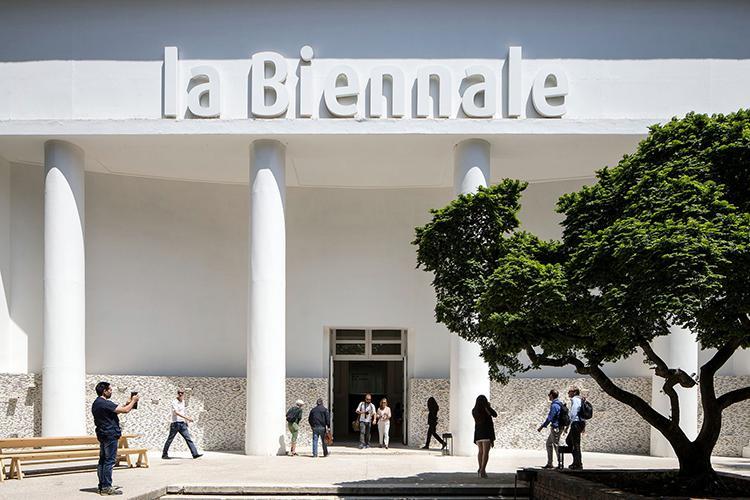 After a year of cancellations due to the pandemic, the 59th edition of The Venice Biennale, which was originally intended to open next month, will welcome visitors in 2022. The international art exhibition will take place from 23rd April to 27th November 2022, curated by Cecilia Alemani. “As the first Italian woman to hold this position, I intend to give voice to artists to create unique projects that reflect their visions and our society”, Alemani has declared.

“As the first Italian woman to hold this position, I intend to give voice to artists to create unique projects that reflect their visions and our society” -Cecilia Alemani

Cecilia Alemani is currently Director and Chief Curator of High Line Art, the programme of public art of the urban park in New York, and is the past curator of the Italian Pavilion at the Biennale Arte 2017. In an interview with Artnet News, she stated very clearly that she is “not interested in being remembered for doing ‘the coronavirus biennial.’” She added that the artists would still engage with the issues of the day, as they’ve always done.

Though many countries that will present national pavilions in Venice next year have yet to reveal the artists who will be representing them, we are already seeing a diverse mix of familiar and fresh faces. Here are the five artists that we look forward to seeing the most in the 2022 edition of the so-called Olympics of Art.

Simone Leigh was born in 1967 in Chicago, Illinois. Her practice incorporates sculpture, video, and installation; all are informed by her ongoing exploration of black female-identified subjectivity. Leigh works in a mode she describes as auto-ethnographic. Her objects often employ materials and forms traditionally associated with African art; her performance-influenced installations create spaces where historical precedent and self-determination commingle. The artist has not revealed much about her Venice plans so far, beyond the fact that the her work would be rooted in some texts of Black feminist theory.

Leigh is the first artist to be commissioned for the High Line Plinth; her monumental sculpture ‘Brick House’ was unveiled in April 2019. Leigh’s work was featured in ‘Loophole of Retreat’, a major exhibition at the Guggenheim Museum, New York, to commemorate her achievements as the winner of the Hugo Boss Prize 2018. Recent projects and exhibitions include the Whitney Biennial (2019) at the Whitney Museum of American Art, New York; ‘Trigger: Gender as a Tool and as a Weapon’ (2017) at the New Museum of Contemporary Art, New York; and ‘Psychic Friends Network’ (2016) at Tate Exchange, Tate Modern, London.

Sonia Boyce MBE is a British Afro-Caribbean artist who lives and works in London. She studied at Stourbridge College, West Midlands. Boyce’s early work addressed issues of race and gender in the media and in day-to-day life. She expressed these themes through large pastel drawings and photographic collages. Her work has since shifted materially and conceptually by incorporating a variety of media such as photographs, collages, films, prints, drawings, installation and sound. Her recent work collaboratively brings the audience into sharper focus as an integral part of the artwork, between artist, vocalists and audience, demonstrating how cultural differences might be articulated, mediated and enjoyed.

A major figure in the British Black Arts Movement of the 1980s, she is represented in the permanent collections of Arts Council England and Tate Modern, London. In 2007, Boyce was awarded an MBE in the Queen’s Birthday Honours List for services to the arts. She is currently Professor of Fine Arts at Middlesex University, London and Professor of Black Art and Design at University of the Arts London.

Throughout his practice, Francis Alÿs consistently directs his distinct poetic and imaginative sensibility toward anthropological and geopolitical concerns centered around observations of, and engagements with, everyday life, which the artist himself has described as “a sort of discursive argument composed of episodes, metaphors, or parables.” His multifaceted projects including public actions, installations, video, paintings, and drawings­ have involved traveling the longest possible route between locations in Mexico and the United States; pushing a melting block of ice through city streets; commissioning sign painters to copy his paintings; filming his efforts to enter the center of a tornado; carrying a leaking can of paint along the contested Israel/Palestine border; and equipping hundreds of volunteers to move a colossal sand dune ten centimetres.

Born in 1959 in Antwerp, Belgium, Alÿs originally trained as an architect. He moved to Mexico City in 1986, where he continues to live and work, and it was the confrontation with issues of urbanisation and social unrest in his new country of adoption that inspired his decision to become a visual artist. Work by the artist is found in public collections worldwide, including The Museum of Modern Art, New York; Philadelphia Museum of Art; Pinakothek der Moderne, Munich; Solomon R. Guggenheim Museum, New York; Stedelijk Museum, Amsterdam; and Tate Gallery, London.

Through photography, film and installation the Canadian artist Stan Douglas has, since the late-1980s, examined complex intersections of narrative, fact and fiction while simultaneously scrutinising the media he employs and how it shapes our understanding of reality. Douglas' work is often in the first instance an examination of place, but entangled with the detail of specific geographical and political circumstance is a diverse range of source material that has included the literary constructs of Franz Kafka, Joseph Conrad, Herman Melville, Samuel Beckett and ETA Hoffmann, and the films of Alfred Hitchcock and Orson Welles.

Maria Eichhorn born 1962, is a German artist based in Berlin. She is best known for site-specific works and installations that investigate political and economic systems, often revealing their intrinsic absurdity or the extent to which we normalise their complex codes and networks.

In a statement published to the German pavilion’s website, curator Yilmaz Dziewior announced that he and Eichhorn will be focusing on “aspects of political and cultural representation and what artistic production means to society” in German history. Eichhorn has explored this theme through her ongoing Rose Valland Institute project, which looks at the Nazi expropriation of property owned by European Jews.