Niemeyer and Beyond: 5 Brazilian Modernist Designers We Love 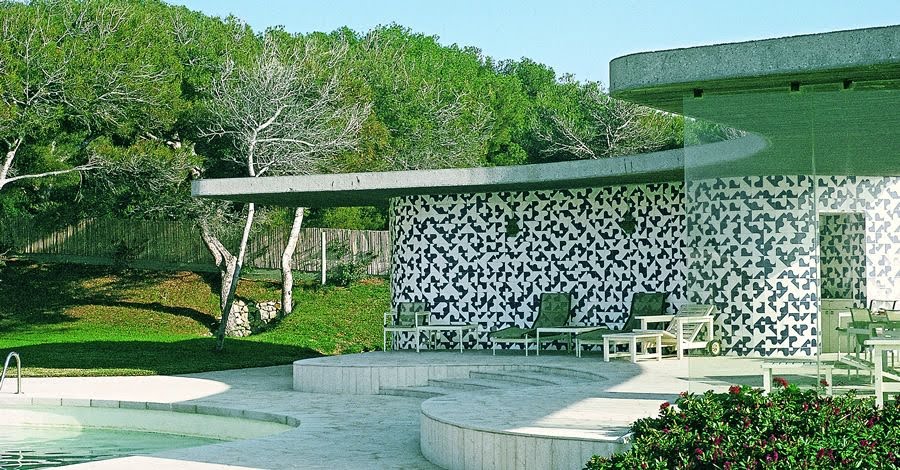 For the people of Brazil, 1922 was a landmark year. Not only did it mark a full century of independence from Portugal, it was also the year that put Brazilian art on the international map. Running alongside the government organised centenary celebrations, the Semana de Arte Moderna (Modern Art Week) of 1922 in São Paulo, gave birth to the Brazilian Modernist movement, becoming a pivotal moment in the development of modern art and thought in the country.

Lead by Mário de Andrade, Brazilian Modernists wanted to promote a unique Brazilian culture and national identity that emphasised indigenous and non-European elements. Their objective was to break down a colonial mentality in art and letters that largely ignored national realities, treating distinctively Brazilian themes based on native folklore and legend as a means to spring a cultural revolution and social reform within the country, rather than as an end in itself.

By depicting old stereotypes of African culture, the movement suggested that the African elements of Brazilian culture birthed the modern nation and tried to impulse a more inclusive society, suggesting a form of racial democracy inconsistent with the persistent racism faced by non-white Brazilians. Paintings by Tarsila do Amaral or Emiliano di Cavalcanti showed multiracialism as a part of everyday life, idealising the image of a perfectly mixed-race society.

The rise of Brazilian Modernism made São Paulo a new centre for the arts. The movement not only modernised Brazilian thought and action but revealed a more integrated Brazil to the world. The nation became liberated and independent from European and North American ideals, at the same time that it continued to adapt foreign materials.

Soon, the movement spread to furniture design, imbuing it with the same attributes that were present in art and literacy, namely a progressive reinterpretation of indigenous and colonial forms, harnessing natural and cultural resources, looking to the past as well as the future, and maintaining a tradition of craftsmanship with a deep appreciation for the particular qualities of native materials.

Over the course of the years, the country produced a series of design masters who brought forth a unique design language. Examples circulated throughout Europe and received increasing approval and media acclaim. The country’s main Furniture Designers became national icons and their pieces symbols of Brazilian identity, and Design became the main cultural export that distinguished Brazil as a rising, modern nation in the postwar era. Here are our five favourite Modernist Brazilian designers:

The immediate reading of the furniture signed by Jorge Zalszupin is that of the elegance and sensuality. Jorge Zalszupin was born in Warsaw, Poland, in 1922. He studied architecture in Bucharest and, before emigrating to Brazil, worked in the reconstruction of Dunkirk, France. He disembarks in Rio de Janeiro in 1949 and soon settles in São Paulo, where he works for Polish architect Lucien Korngold. He establishes shortly after his own architecture office. Like many of his peers, he founded L'Atelier to produce furniture for his clients. In 1962, the first store was inaugurated, in the iconic Conjunto Nacional building, on Avenida Paulista. There were ten stores in Brazil, making L'Atelier one of the most important furniture manufacturers of the 1960s.

Achillina Bo Bardi was born in 1914 in Rome, Italy, but it was in Brazil that she established herself as one of the great architecture personalities of the 20th century. Lina graduated as an architect at the Roman University of Architecture in 1939 and arrived in Brazilian shores in 1946 with her husband, Pietro Maria Bardi, who was commissioned by Assis Chateaubriand for the conception and direction of the São Paulo Art Museum - MASP, designed by her. Lina’s first piece of furniture, the chair designed for the museum’s auditorium, dates from 1947. It is in São Paulo and throughout her travels in Bahia that Bo Bardi conceptually matures her work and determines the direction of her production – guided by the appreciation of local culture, its regional materials and elements aimed at common use. Bo Bardi’s legacy extends itself over the architectural landmarks she built around Brazil, illustrations, lectures given at USP’s Faculty of Architecture, and articles for newspapers and magazines, as well as drawings and other sketches of design and architecture.

Oscar Niemeyer was born in Rio de Janeiro in 1907. He studied architecture at the National School of Fine Arts. In 1936, he was part of team that built the first modern building in Brazil, the Ministry of Education and Culture, in Rio de Janeiro, the design of which was done by Le Corbusier. In 1947, he wins alongside the French-swiss architect the contest to design the UN headquarters in New York. The 1940s also see the building of the Pampulha Complex in Belo Horizonte, which exemplifies his modernist design aesthetics. The invitation was made by future president Juscelino Kubitscheck, whom a decade later enlists Lucio Costa and Niemeyer to conceptualise, respectively, the urban and architectural plan for Brasilia. The new capital is inaugurated in 1960, and its repercussion makes Niemeyer one of the most celebrated architects of his time. Niemeyer is in Europe when the military coup takes place in Brazil in 1964. He chooses political exile in France, where he designs in the 1970s, his first set of furniture alongside his daughter Anna Maria. He returns to Brazil in 1985. He wins the Pritzker in 1988. He dies in 2012, at 105 years old, having done projects in Brazilian cities and New York, Paris, Beiruth, Caracas, Tel Aviv, Argel, Milan, Aviles and Le Havre.

Sergio Rodrigues was born in Rio de Janeiro, 1927. He descended from a family of intellectuals, including writer and playwright Nelson Rodrigues, his uncle. He studied architecture at the National School of Fine Arts, where he met Lucio Costa and Oscar Niemeyer. His store and factory Oca was inaugurated in 1954. The company was one of the most notable of that moment, and amongst the main suppliers of furniture for Brasilia. In the early 1970s, to complete the furniture production for the Editora Manchete headquarters in Rio de Janeiro - the foremost private commission he ever received - Rodrigues created an on-site workshop. Before his death in 2014, he participated in the establishment of the institute that houses his archive.

Joaquim Tenreiro was born in the small village of Melo, Portugal, 1906. A third generation carpenter, since childhood he worked with wood. He settled in Rio de Janeiro at the age of 22 and studied drawing at the Liceu of Arts and Crafts. There he participated in the Bernardelli nucleus, composed of anti-academic painters. The need for a steady job leads him to work as a designer at Laubisch & Hirth, a company that manufactured European style furniture to suit the elite. In the 1940s, from a first order made by Oscar Niemeyer, Tenreiro began his path in modern furniture. He opens stores in Rio de Janeiro and São Paulo, where highly sought-after orders are dispatched. He died in 1992, in Rio de Janeiro.

Where do we find ourselves? Land Art’s Dual Tendency