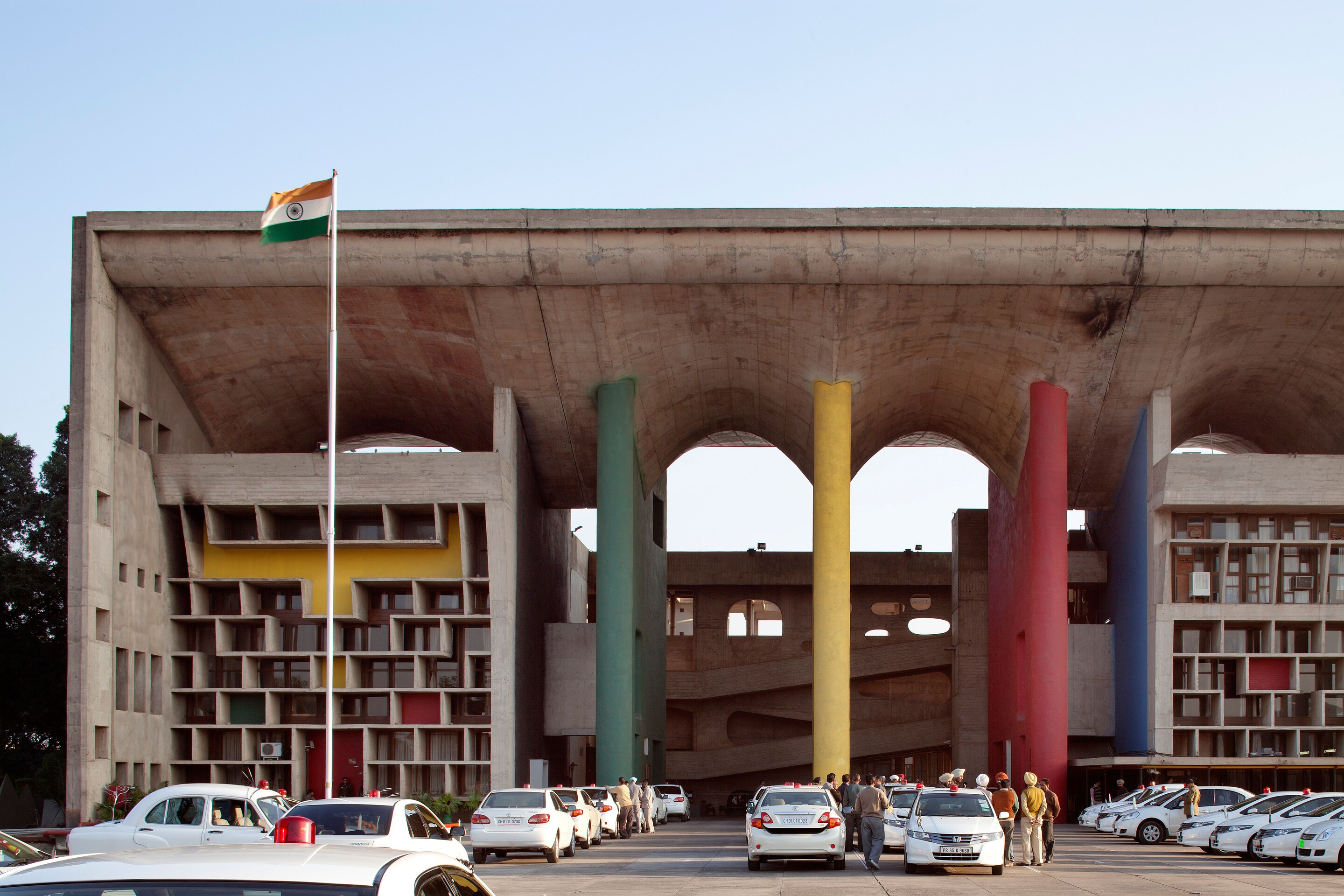 The term Midcentury Modern refers to the dominant furnishings of the mid-20th century—simple, functional wooden pieces made from teak and curved designs reigned supreme. Midcentury modern design evolved in response to a post-Industrial Revolution, post- World War II environment, where designers and architects were eager to develop new ideas that married the mass production and technology invented during the first half of the 20th century with a more optimistic outlook for the future.

The aesthetics of mid century modern brought the geometric forms and clean lines of the Bauhaus teachings into the Modernist movement, pioneered by iconic designers who combined sleek lines with organic shapes, using new materials, and methods to reimagine traditional pieces.

From Pierre Paulin to Le Corbusier, here is our guide to the leading figures in French mid-century design.

Mushrooms, oysters, tongues, and tulips are some of the iconic shapes French designer Pierre Paulin was best known for creating. Having trained under Parisian designer Marcel Gascion, Paulin was influenced by the Scandinavian aesthetic as well as American pre-fabricated designs by Charles and Ray Eames and Florence Knoll. Inspired to develop his own brand of accessible luxury, Paulin began designing and manufacturing seats made of molded wood lined with foam padding and fashioned with a stretch elastic jersey fabric. Paulin’s forward-looking, innovative designs for chairs, divans, and sofas in an array of bright and vivid colours, can be found in contemporary art and design collections around the world, from the Museum of Modern Art, New York to the Victoria and Albert Museum, London and the National Centre for Art and Culture Georges Pompidou in Paris.

Inspired by avant-garde architects and his idea of design as a moral issue, influential 20th-century designer, architect, engineer, and teacher Jean Prouvé played a major role in the development of systems for mass production in the postwar Modernist period. From his beginnings as a blacksmith's apprentice, he gained an understanding of metal and its limitations, driving him to seek new materials and processes like steel, aluminum, and arc welding, producing prefabricated houses, building components, and furniture for the social sector.

Though overshadowed by his cousin Le Corbusier, Pierre Jeanneret was a visionary of modernist architecture and design. Together, the pair pioneered a new aesthetic vocabulary that placed function and order over embellishment—Jeanneret’s work imbuing the strict geometry of modernism with energetic diagonals and lighter materials like cane and wood. A consistent innovator, he collaborated with Charlotte Perriand on experiments in aluminum and wood, and developed prefabricated housing with Jean Prouvé. In the early 1950s Jeanneret joined his cousin in Chandigarh, India, where they embarked on a massive urban-planning project, laying out the city and designing low-cost buildings and furniture. Though Corbusier abandoned the project halfway through, Jeanneret remained for 15 years as the project’s chief architect. The city remains a masterpiece of the modern vision.

Born Charles-Édouard Jeanneret, visionary architect and designer Le Corbusier developed new models for post-industrial urban living. He based his design philosophy on systems of proportion, modularity, and geometry; these principles infiltrated his writing, theory, and painting, as well as urban planning. Though Le Corbusier took inspiration from historical architects such as Vitruvius, Leonardo da Vinci, and Leon Battista Alberti—polymaths who similarly explored the relationship between the body and the built environment—his designs were decidedly modern and unembellished. His buildings can be found in France, India, Japan, and beyond. As a painter, Le Corbusier co-founded the early 20th-century Purist movement, which dictated that objects should be depicted in their most pared-back forms. He later embraced a more abstract sensibility centered on lines, shadows, and curvilinear shapes. At auction, Le Corbusier’s work has sold for millions.

Charlotte Perriand was a rare female voice among the avant-garde designers whose designs shaped modern living in the early 20th century. As a student, she rejected the popular Beaux-Arts style and found inspiration instead in machine-age technology. She joined the studio of Le Corbusier at 24, where she experimented with steel, aluminum, and glass, developing a series of tubular steel chairs that remain a modern icon. In 1940, she traveled to Japan to advise the government on how to export products to the West, and spent WWII exiled in Vietnam, where she discovered local woodwork and weaving techniques and embraced natural materials. “The most important thing to realise is that what drives the modern movement is a spirit of enquiry; it’s a process of analysis and not a style,” she said near the end of her life. “We worked with ideals.”

Jean Royère was already 29 when he decided to quit his job and take up design. He began his second career in Paris’ cabinetmaking workshops, before receiving his first big commission, designing a new layout for the Brasserie Carlton on the Champs Elysées in 1934. From then his luxurious style caught the eye of the world’s elite, and he spent the rest of his career designing couture furniture and spaces for the likes of King Hussein of Jordan and the Shah of Iran. Unlike the modernists who came before him, the self-taught designer offered a more sensuous approach to design. He reveled in color, working with rich jewel tones, precious materials, velvets, brass, and satin, with shape and material as his only ornamentation.