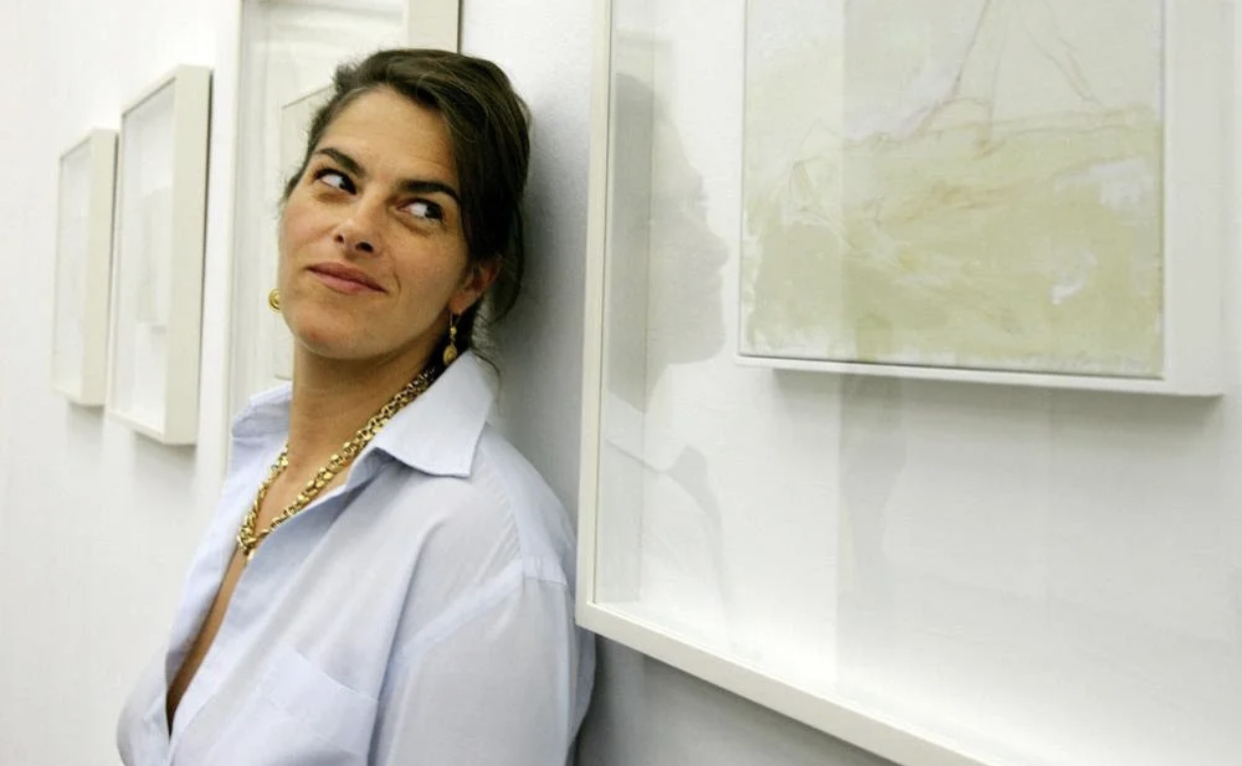 Tracey Emin’s art is fuelled by passion, a burst violence, a hot-tempered assault on the canvas informed by her own struggles as a woman, once a child, who had the misfortune of being sexually abused; a teenager who fell in the rather toxic habit of venturing into bed with older men; a female who has had a tumultuous relationship with her own body, having had numerous abortions, and most recently, bladder cancer. An Enfant Terrible of the Young British Artists, Emin's career awakening received misogynistic critiques from the press, which frequently commented on her breasts, on her voice, on her “masculinity”, often calling her rude. But against the popular opinion, the very few people who actually know Tracey Emin paint a very different portrait:

“Beneath the whirlwind personality and notorious reputation lies a generous, loyal, kind hearted soul, who is a dear and dedicated friend to many”- says Kenny Schachter in a recent publication for Tracey Emin’s current exhibition “Detail of Love” at Xavier Hufkens.

Her art to me is above all, generous. A feminist icon, it was Tracey Emin who brought confessional art to the public domain. Her love life and sexual encounters became part of her signature. Like her elder inspiration Louise Bourgeois, Emin brought feminism, raw emotion and glimpses of her personal trauma to the core of her practice. At times when discussing women’s issues is still considered shameful, abortion and rape remain a taboo and yet very few would dare to comment on substance abuse, Tracey Emin’s oeuvre opens a space for meditation and dialogue, but most importantly, it forms an allegory of endless beauty to the female condition. Years have passed since her first public exhibitions at White Cube and Saatchi, and her appeal to young women remains brutally relevant, revealing not only Emin’s own battles, but those of many in the process of finding themselves.

“Outspoken” is an adjective we easily grasp for when thinking of Tracey Emin. Many have condemned her of giving in to the lowest form voyeurism, with male critics unable to sympathise with the issues she so eloquently illuminates. The truth is, her art sabotages society’s expectations of the modern liberated woman by transforming harlot into heroine, making many uncomfortable. But it is that “outspokenness”, that glorification of tragedy after tragedy, what really transcends the poetic revelry and artistic mastery that so characterises her brushstrokes, her glowing neon works and her stitched canvases; or it might be the other way around. What is certain is that one feeds off the other, her practice becoming a cathartic act for the artist, and something for society to treasure. Emin herself said in a recent interview: “I work when I feel like it, when I feel something”. If feelings is all we have got, is there anything more empathetic, more tight to the human psyche than a tangible work of art that emerges from the act of feeling itself?

In her book “Strangeland” we learn that at the dawn of a love affair with a man old enough to be her father, the last words that the subject of her devotion said to Emin were: “Make our story beautiful”. And she did, as she has done with every misadventure she has ever delved into. Pure alchemy. Yes there are the well documented rapes, physical abuse and abortions, all transformed into violently delicate bodies of work, beautiful oxymorons: life made art.

Take the example of “My Bed” -which sold at Christies in 2015 for 4 M US, her auction record to date-. First exhibited in 1999, “My Bed” has become a legendary work of art, complete with its empty vodka bottles, used condoms and blood stained underwear. A testament to the end of a love affair portrayed in the total rawness and decay of Emin’s own mattress; a seminal feminist installation that far from being an unrestricted act of narcissistic oversharing, has earned symbolic status in the course of art history by shedding a light on the changing attitudes towards women that characterised UK culture in the 90's. In line with third-wave feminism, the bed successfully embodied the evolution of society's understanding of female sexuality, with women defining beauty in their own terms; and, violent as it is, it also radiates a palpable sense of vulnerability, an aspect of Emin’s persona that stimulates most of what the artist gets her hands into.

Of her artistic influences we can easily recognise Egon Schiele, Edvard Munch or Louise Bourgeois, to name a few. In making herself the subject of her paintings in a rather figurative way, the artist has associated herself to the rich art-historical tradition of employing the female figure as an emotive force, as seen in the work of the afore mentioned. Speaking of historical relevance, and career development, it was this week that The Royal Academy in London was set to open a major exhibition showcasing Tracey Emin’s infatuation with Edvard Munch, with masterpieces by both artists. Having a landmark exhibition at The Royal Academy is without a shadow of doubt one of the highest recognitions an artist can get in the UK. The exhibition will not only signify Tracey Emin’s importance on art history, but it will also elucidate how Munch's portrayals of women have been a constant inspiration for the artist.

Note to finish, in her Feminist artist statement for The Brooklyn Museum the artist wrote:

“When I had my interview for art school in 1983, one of their questions was: “What do you think of Feminism?” My answer at the time: “I don’t.”

By that I meant that I didn’t think about Feminism. Of course that’s changed a lot now. I often think about feminism, in an everyday way and in an historic way. But to be honest, being a woman has never stopped me from doing anything I wanted to do. Apart from fuck a man really hard up the arse. I’ve never had penis envy, but I’ve often wondered what it must be like. I know that just having a penis definitely affects your wage packet, but I’m not bitter and twisted. I’m grateful to all the women that work so hard to enable women like me to have a voice. And I’m still shouting.”

Eminently, Emin. Thank you Tracey for all the screaming and shouting.