Keith Haring's personal art collection to be auctioned for charity 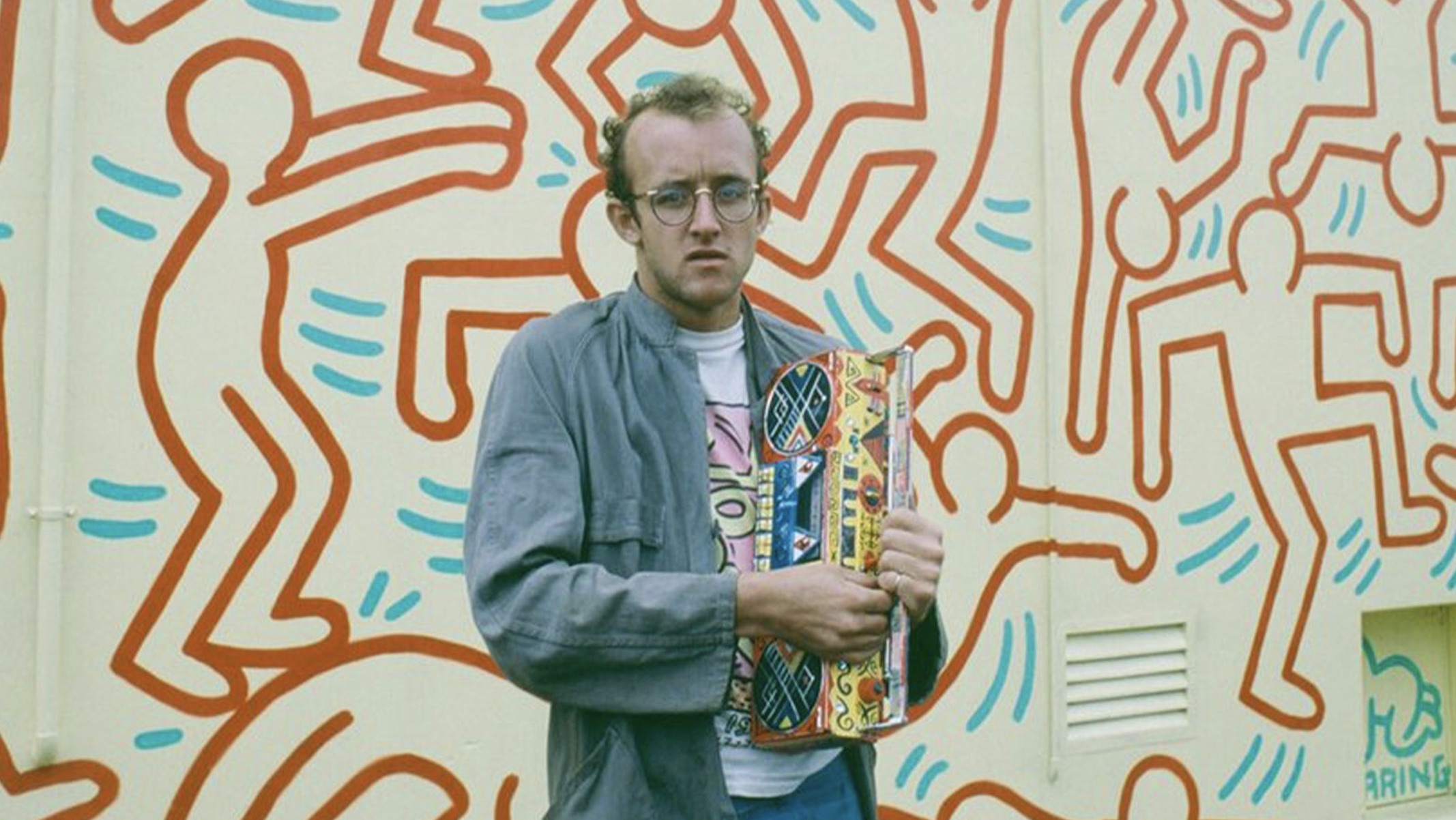 From the 24th September to the 1st October part of Keith Haring’s personal art collection will be auctioned online for charity at Sotheby's. Largely considered one of the most successful graffiti artists of his time, What's Up artist Keith Haring gained international recognition for his cartoonish universe of dancing figures and barking dogs. His short career began as a graffitist in New York’s subway system and developed through the ’80s with dozens of museum exhibitions, public art commissions and advertising deals. He was also known for his political activism, particularly around homophobia and the AIDS crisis.

The Keith Haring Foundation has been arranging the Dear Keith: Works from the Personal Collection of Keith Haring sale with the auction house since last year, due to the insistence of legal advisors who were concerned about a potential failure of the foundation’s charitable purpose, as the collection includes artworks produced by artists other than its founder.The mission of the Keith Haring Foundation is not only to sustain and keep the legacy of Haring’s art alive, but also to support not-for-profit organisations that protect underprivileged children and that are involved in educating and preventing the spread of AIDS and HIV infection. This is the reason why all the proceeds of more than 140 artworks will benefiting New York’s Lesbian, Gay, Bisexual & Transgender Community Center in the West Village, more commonly known as The Center. According to the director of the foundation Gil Vazquez, “The Center embodies so much of what Keith was about: community, empowerment, and the support of our future, the youth”. Here in the second-floor men’s bathroom he executed Once Upon a Time, a large-scale mural in celebration of the 20th anniversary of the Stonewall Riots.

Keith Haring is worldwide known for his cartoon-style graffiti and he was part of the thriving underground art community that developed in New York in the late 70s and early 80s outside the traditional gallery and museum system. Indeed, Keith Haring dedicated much of his efforts to public works, which he used as a form of political and queer activism. Between 1982 and 1989 he created more than 50 public artworks, and most of them were located in charities, orphanages, hospitals and children’s day care centres. During that time, the artist also started to organise and to participate in exhibitions held at Club 57, a nightclub located in a church basement that was the nerve centre of the East Village’s avant-garde scene.

In this context he became friends with fellow artists such as Bruno Schmidt, Jean-Michel Basquiat, and John Sex, whose works will be auctioned alongside the ones by members from the street art movement like John Matos, Lady Pink and Lee Quiñones and other luminaries like Roy Lichtenstein and Andy Warhol, who was Haring’s close friend and mentor. One of the most prominent pieces to be auctioned is a $250,000 Warhol print portraying Haring and his lover Juan Dubose. Keith Haring was diagnosed with AIDS in 1988 and the following year he established the Keith Haring Foundation. During the last year of his brief although intense career he focused his imagery on speaking about his own illness to raise awareness about AIDS, which at the time was considered as a stigma and generated a significant wave of homophobia.

Dear Keith: Works from the Personal Collection of Keith Haring is expected to raise nearly $1 million and it commemorates the 30th anniversary of the artist’s passing in 1990 due to complications of the virus at the age of 31. The artworks on sale are part of a collection that not only has a historical importance as representative of a peculiar period, but, as stated by Harrison Tenzer, Head of Sotheby’s online contemporary art sales:

“the collection is remarkably autobiographical, just as any great collector’s estate is a window into their individual perspective. Keith Haring collected through relationships to those he was stylistically, morally and intellectually aligned with”.

Moreover, on a market perspective, the auctioneer believes that buyers are increasingly more comfortable with explicitly queer works, and there are many LGBT collectors who consider their art collections as an embodiment of their values, and therefore want to actively support their own community. The collection will be on view by appointment at Sotheby’s New York galleries from 26 - 30 September.