FIVE INSTALLATION ARTISTS THAT WE LOVE 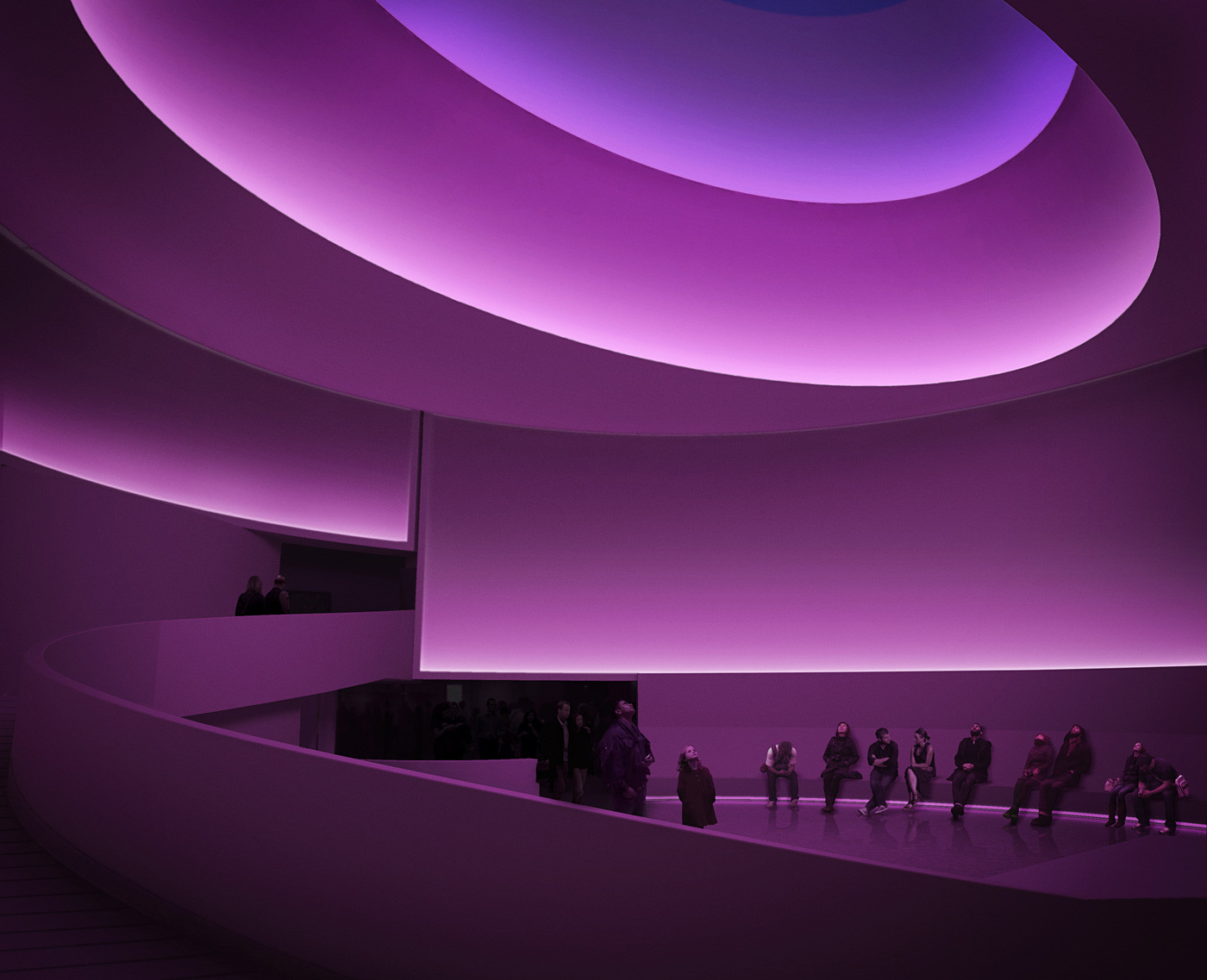 Installation art is a term generally used to describe artwork located in three-dimensional interior space. It is often site-specific - designed to have a particular relationship, whether temporary or permanent, with its spatial environment. It also creates a high level of intimacy between itself and the viewer as it exists not as a precious object to be merely looked at but as a presence within the overall context of its designated room. Artworks are meant to evoke a mood or a feeling, and as such ask for a commitment from the viewer. Artists champion this genre for its potential to engage viewers in new ways.

Installation art arose organically from a lineage of conceptual, theatrical, site, and time specific ventures within multiple movements. The term came of use in the 1970s, during these decades of social, political, and cultural upheaval, the art world entered a time of experimentation that blurred the boundaries between disciplines. Installation artists were increasingly interested in doing work that could be displayed unconventionally and that would take into account the viewer's entire sensory experience.

Because Installation art is especially difficult to collect and sell, this movement pushes against the commodification of art, thereby defying the traditional mechanisms used to determine the value of artworks. From Yayoi Kusama's Infinity Rooms, to Christo and Jeanne-Claude, largely known for spectacular outdoor works, or Anish Kapoor's enormous sculptural interventions into buildings, installation art has proven difficult to capitalise and collect. However, there are still options for art collectors' to acquire installation artworks for their personal homes. In the list below, we highlight our favourite ones:

Olafur Eliasson uses technical devices and natural elements such as light, water, and fog to transform exhibition spaces into immersive, site-specific environments. Major themes include human perception and our relationship to the natural world. For his major 2003 commission The Weather Project, Eliasson installed a giant artificial sun inside Tate Modern. For Ice Watch (2014), he left giant blocks of glacial ice to melt in London, Paris, and Copenhagen. Both spectacular projects aimed to raise awareness about climate change. In other works, Eliasson has embraced optical illusions. He has been the subject of exhibitions at Fondation Louis Vuitton, Moderna Museet, Tate Modern, and the Museum of Contemporary Art Tokyo, among other institutions. In 2003, Eliasson represented Denmark at the Venice Biennale.

Olafur Eliasson's famous lamps are smaller-scale examples of the artist's work and, although highly immersive, they are very well collected and have the power to transform the room in which they are installed by responding and interacting with the space in innovative ways, creating optical illusions through the interplay between colours, lights and shadows.

Bill Viola has been referred to as "the Rembrandt of the video age" and, indeed, his work pays homage not only to the famous Dutch master but to the tradition of creating large-scale works of art that draw the viewer into beautifully painted images and compelling narratives. There is often a spiritual component to his work, with elements of Zen Buddhism, Islamic Sufism, and Christian mysticism underpinning themes considered universal: birth, death, love, sex, grief, and redemption. Viola considers the "phenomena of sense perception" as a path to self-awareness; therefore, his work is a blend of experimental video art and sound, including avant-garde music performance. His exhibition at the Royal Academy of Arts in London in 2019 paired Viola's powerful installations with rarely-seen drawings by Michelangelo in an immersive show that took viewers in a journey through the cycle of life.

Bill Viola was one of the earliest artists to explore the potential of the video camera, which in its most basic form in the 1970s only vaguely resembles the sophisticated devices of today. As one of the pioneers of the medium, he has consistently exploited its rapidly changing technology to create over 150 artworks over the last 40 years. In his small scale works, Bill Viola continues to explore the possibilities of the medium creating art that is fully immersive once activated yet easier to collect and live with.

For over half a century, the American artist James Turrell has worked directly with light and space to create artworks that engage viewers with the limits and wonder of human perception. Turrell often cites the Parable of Plato’s Cave to introduce the notion that we are living in a reality of our own creation, subject to our human sensory limitations as well as contextual and cultural norms. This is evident in Turrell’s over eighty Skyspaces, chambers with an aperture in the ceiling open to the sky. The simple act of witnessing the sky from within a Turrell Skyspace, notably at dawn and dusk, reveals how we internally create the colors we see and thus, our perceived reality. A Turrell Skyspace is a specifically proportioned chamber with an aperture in the ceiling open to the sky. Skyspaces can be autonomous structures or integrated into existing architecture and are large in scale.

Turrell’s medium is pure light. He says, “My work has no object, no image and no focus. With no object, no image and no focus, what are you looking at? You are looking at you looking. What is important to me is to create an experience of wordless thought.” His Projection Pieces, created by projecting a single, controlled beam of light from the opposing corner of the room are smaller in scale and can transform a room in a home into a meditative space.

Tomás Saraceno is a visionary artist whose multidisciplinary practice encompasses art, social and life sciences, he creates immersive works and participatory experiences that suggest a new way of living in our world by forging connections with such non-human phenomena as insects, dust particles and plants, which become players in his works and metaphors of the universe. For more than two decades he has explored the possibility of a future airborne existence as part of his ongoing Air-Port-City / Cloud City project – a utopia of flying metropolises made up of habitable, cell-like platforms that migrate and recombine as freely as clouds themselves.

Saraceno is best known for his monochromatic, room-sized installations of transparent bubbles and sculptural polyhedrons suspended from taut webs of cables. These pieces glimmer and appear to float, interacting with its surrounding walls. In his collectible pieces, Saraceno creates these same modules in a smaller scale.

Dutch artists Lonneke Gordijn and Ralph Nauta founded DRIFT in 2007. With a multi-disciplinary team of 64, they work on experiential sculptures, installations and performances.DRIFT manifests the phenomena and hidden properties of nature with the use of technology in order to learn from the Earth’s underlying mechanisms and to re- establish our connection to it.With both depth and simplicity, DRIFT’s works of art illuminate parallels between man-made and natural structures through deconstructive, interactive, and innovative processes. The artists raise fundamental questions about what life is and explore a positive scenario for the future.All individual artworks have the ability to transform spaces.

The confined parameters of a museum or a gallery does not always do justice to a body of work, rather it often comes to its potential in the public sphere or through architecture. DRIFT brings people, space and nature on to the same frequency, uniting audiences with experiences that inspire a reconnection to our planet. However, some of their works are smaller in scale and hence highly collectible.

Using his training as a scientist in his work as an artist, Carsten Höller's primary concerns relate to the nature of human perception and self-exploration. He has undertaken many projects that invite viewer participation and interaction while questioning human behavior, perception, and logic. His “laboratory of doubt,” embodied in objects ranging from carousels and slippery slides to upside-down goggles, often contains playful, hallucinatory or darkly humorous overtones in order to provoke experience and reflection. With his photographic prints of Ferris Wheels, merry-go-rounds, and roller coasters where the colors have been 'displaced' so as to create images that refuse to register; or his "flicker films" shot from multiple perspectives and projected sequentially to create a sense of movement; or a crop of magic mushrooms hanging upside-down from the ceiling, Höller aims to disorient and by doing so, stimulate precognitive moments of pure sensation.

As with all the artists highlighted above, it is possible to collect and live with works by Carsten Höller. For instance, the project entitled Synchro System (2000), designed by Höller for Fondazione Prada’s spaces in Milan, consisted in the realization of a ‘village of possibility’ composed of psychophysical stimuli and interactive tools. Within a labyrinthine, sensorial route, the viewer faced progressive situations of altered perception caused by intermittent lights, devices that affect corporeal sensations, dark and disorienting spaces, and environments that provoked a hallucinatory effect. The project overturned individual sensibilities by estrangement of the real, and the loss of the natural dimension as one of the strategies the artists utilizes in order to test his subjects, incurring a state of physical and psychological disorientation. Individually, one of the iconic "mushrooms" on display during the show could totally work in a private home.