Exhibitions not to miss this fall 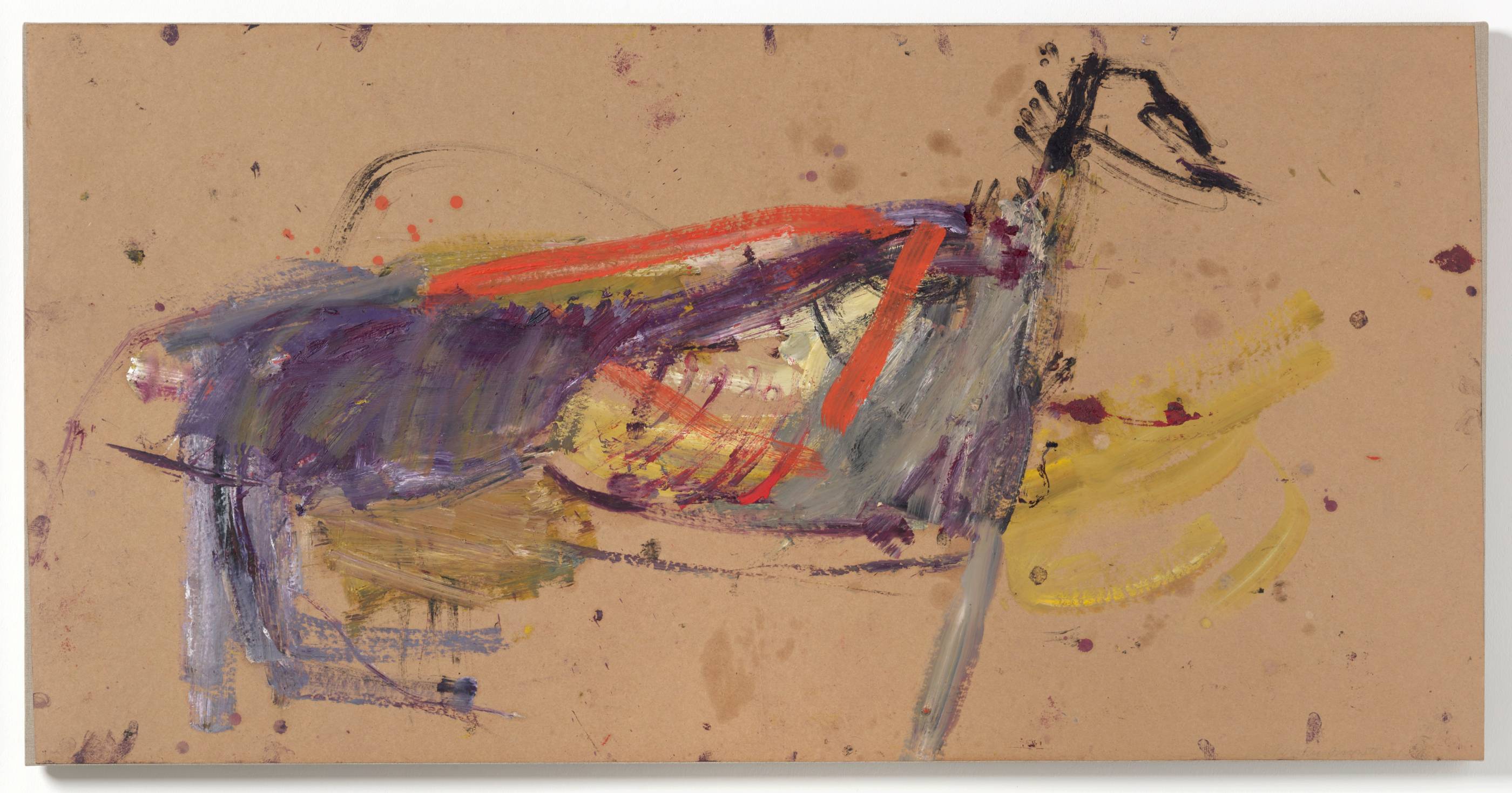 All three of the large halls at the Kunsthalle Düsseldorf are devoted to the Viennese painter Martha Jungwirth, whose idiosyncratic, nonconformist approach to painting occupies an intuitive space that exists beyond the formation of recognisable images. This is her first major exhibition and first retrospective in Germany. Landscapes, portraits, Goya’s Maja, animals, witches and Lady Gaga, a house, or just a group of written characters, some of which are from antiquity or the time of the pharaohs—Martha Jungwirth’s painting is enormously diverse. Often it appears in an empty field, in an endless space. The artist uses special grounds for her paintings such as cardboard, brown or lined paper, the backs of paintings, old maps, and account books: surfaces that suggest a story, as do the historical subjects from Greek mythology and art history that she includes in her work. And yet, to her it is all ultimately a spot: “a spot is a spot is a spot an intelligent one or a stupid one, nothing else,” as she once said.

After all, despite her importance for Austrian art history, the artist, who was awarded the Grand Austrian State Prize in November 2021, has not yet become well known to a broader audience in Germany. The exhibition was curated by Gregor Jansen and Alicia Holthausen in close cooperation with the artist.

Wolfgang Tillmans at the MoMA in New York

“The viewer...should enter my work through their own eyes, and their own lives,” the photographer Wolfgang Tillmans has said. An incisive observer and a creator of dazzling pictures, Tillmans has experimented for over three decades with what it means to engage the world through photography. Presenting the full breadth and depth of the artist’s career, Wolfgang Tillmans: To look without fear invites us to experience the artist’s vision of what it feels like to live today.

From ecstatic images of nightlife to abstract images made without a camera, sensitive portraits to architectural slide projections, documents of social movements to windowsill still lifes, astronomical phenomena to intimate nudes, Tillmans has explored seemingly every imaginable genre of photography, continually experimenting with how to make new pictures. He considers the role of the artist to be that of “an amplifier” of social and political causes, and his approach is animated by a concern with the possibilities of forging connections and the idea of togetherness.

Following the presentation of her work at this year’s Venice Biennale, and ahead of her inclusion in the 16th edition of the Biennale de Lyon this fall, Christina Quarles has unveiled a series of new paintings in her first major solo exhibition in New York with Hauser & Wirth. Many of the works on view were created during the artist’s 2022 residency at the gallery’s Somerset location and draw inspiration from the surrounding English countryside. Here, Quarles has incorporated many unique elements from the natural world within her signature patterns and textures, achieving a new degree of spatial openness that expands upon her instinctual approach to figuration and richly layered visual vocabulary.

The exhibition’s title, ‘In 24 Days tha Sun’ll Set at 7pm,’ refers to the time frame in which Quarles produced these paintings. Spanning the early months of 2022 through the final weeks of Summer, this body of work reflects the artist’s waxing and waning optimism across a tumultuous and transformative year. Much like the days whose light increases and decreases on either side of the seasons, the year began with growing potential for communal healing and social upheaval, yet it seems to be ending on a more tentative note.

William Kentridge at the Royal Academy in London

Over the last decade, the Royal Academy's single artist shows have captured the imagination of the public. Always large in scale, ambitious in scope and astonishing in execution, we’ve seen artists including Ai Weiwei, Anish Kapoor and Antony Gormley take on  their Main Galleries. This autumn, it’s the turn of William Kentridge, South Africa’s most celebrated living artist. Kentridge’s globally acclaimed practice spans across etching, drawing, collage, film and sculpture to tapestry, theatre, opera, dance and music. The Johannesburg-born artist developed his early work during the apartheid regime of the 1980s, and his electrifying large-scale productions and animations have since been shown across the world.

This will be the biggest exhibition of the artist’s work in the UK. Many pieces have never been seen before, and some have been made specifically for the show. Spanning a 40-year career, you will find rooms of 4-metre wide tapestries, his signature charcoal trees and flowers, and the breath-taking three-screen film, Notes Towards a Model Opera. Watch as typewriters turn into trees, a hunted rhino somersaults with a megaphone, and a coffee plunger drills into the depths of a goldmine.

This autumn, the Centre Pompidou will dedicate a major exhibition to Alice Neel. Alice Neel: An Engaged Eye emphasizes Neel’s political and social activism, in connection to her membership in the Communist party and involvement in the women’s rights movement. The exhibition is being shown exclusively in Paris and is divided into two parts loosely conceived, around notions of class struggle and the fight for gender equality. Each section is presented as a thematic retrospective, starting with her earliest works in the late 1920s, which were painted in Cuba, and finishing with the final paintings made shortly before her death in 1984. In all, some seventy-five paintings and drawings are on view, along with two extracts from a film about the artist made by French artist Michel Auder in the late 1970s, in addition to other film productions. A selection of unpublished documents is also included in the show.

The exhibition opens with works by two other artists: a portrait of the painter by Robert Mapplethorpe and a work by Jenny Holzer drawn from Alice Neel’s FBI record from October 1955, when FBI agents visited Neel—who had been under investigation since 1951 due to her ties to the Communist party—for questioning.