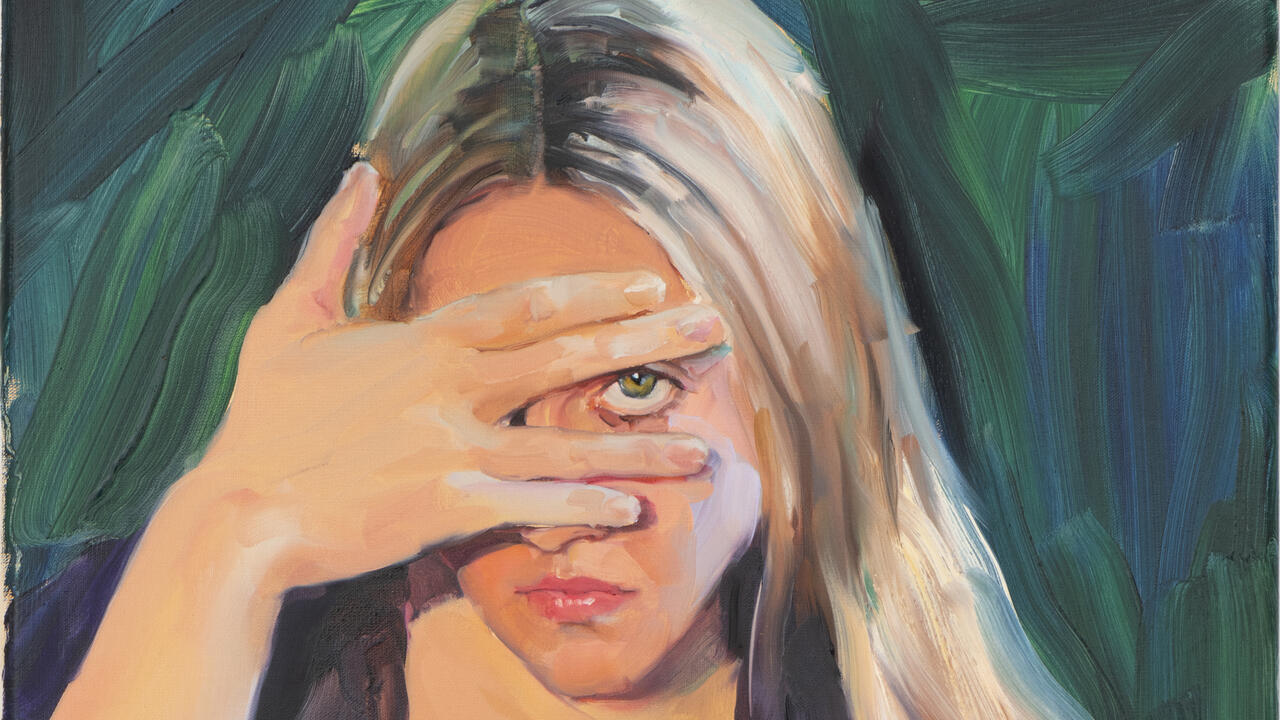 Few subjects inspire artists more than love and intimacy. In our latest list of artists to watch, we shine a light on six emerging painters we love, whose work explores the ecstasy of voyeurism and sexuality through a figurative lens.

An artist attuned to the vagaries of contemporary cultural memory, Joseph Yaeger’s practice can be thought of as a parallel investigation in the fetishisation of images in contemporary libidinal economies, and in painting’s contemporaneous agency in the transformation and circulation of the visible.

“The imagery I use is a protracted search to better understand myself; playing or putting on roles that might clarify an interior that is sort of naturally hidden, even from myself. I’ll come across an image––sometimes I’m searching for one, sometimes I stumble into it––and the feeling of it, the arrangement, the subject, the relation of subjects within the image, will sort of jar me, attract me, dislodge me.”

The images appear at first glance immediately recognisable and equally untraceable, an uncanny déjà vu. How Yaeger reacts to the image, a certain “jar” or attraction, perhaps a feeling of loss, jumpstarts the process of turning an image into a panting. The writer Don Delillo’s phrase “There is a world inside the world,” 2 is a guiding principle for the artist. The context of the image dissolves and reveals in the transformation, abstracting the original into copy.

An increasingly prominent voice among a new generation of figurative painters, Doron Langberg has gained a reputation for works that, luminous in colour and often large in scale, hinge on a sense of intimacy. Depicting himself, his family, friends, and lovers, Langberg’s paintings celebrate the physicality of touch – in subject matter and process – a closeness that engages with new dialogues around queer sensuality and sexuality. Speaking about his work the artist says, ‘Queerness for me is not just a sexual experience, but a way of being in the world which affects every aspect of my life. Using intense colours and different paint textures and marks to create these everyday scenes, I want to connect with a viewer by speaking to our most basic commonalities – our bodies, our relationships, our interiority – rather than the social categories that may separate us. In creating this connection, I want to make queer pleasure, friendship and intimacy feel expansive and generative, embodying the full range of human experiences.’

A heady mix of voyeurism, exhibitionism, and 21st century existentialism, Wall's work exposes the intimate and uncanny. With a shock of lurid colours in contrast to tender flesh tones, Wall's distinctive palette touches on the nerve of vulnerability, desire and control. The subject matter, however, remains shadowy - a tension between abstraction and distorted reality, a conflict between the self and the void. Often monumental in scale, Wall's oil paintings explore the 'limits of intimacy' in a way that envelops the viewer. Her energetic brushstroke, graphic style, and startling use of colour, paired with the framing of fleshy, often nude or partially clothed bodies reflects a process that is unplanned but guided by a specific emotion or subject, usually originating from personal photographic references. In much of Wall's artworks, the painting reveals as much as it obscures in terms of meaning. Backgrounds bleed into figures, and limbs and figures are unrealistically twisted and contorted.

In her portraits, Jenny Morgan paints photorealistic nudes suffused with fantastical colour, distorted by gestural blurs, and sometimes framed by abstracted shapes. Her subjects are most often friends or self-portraits, as having a personal connection with the subject is essential to the artist. Echoing this intimacy, her figures hold eye contact to forge a psychological connection with the viewer. Morgan’s recent portrait series “All We Have is Now” invokes themes of death and rebirth with nods to religious imagery and symbols of mortality. The heady subject matter may seem at odds with the intense colour that suffuses her figures—however, it is the push and pull between darkness and light that interests Morgan.

Using theatrical props, most notably a red hunting light, Nana Wolke restages both personal and fictional short scenes, but most importantly, glimpses that can no longer be identified as either, lost to the seduction of cultural image and unreliability of one’s own memory.

"The world around us lingers on the brittle line between plastic reality and authentic pretension — Disneyland and Hollywood, Pleasantville and the street you were born on, a fatal crash and a ride in a bumper car. Using a red hunting light, I restage moments that are as likely caught from the corner of my eye as they might be false memories borrowed from cinema and popular culture. Painting allows me to test the vantage point at which images are recalled and recorded, and in turn, realities recreated."