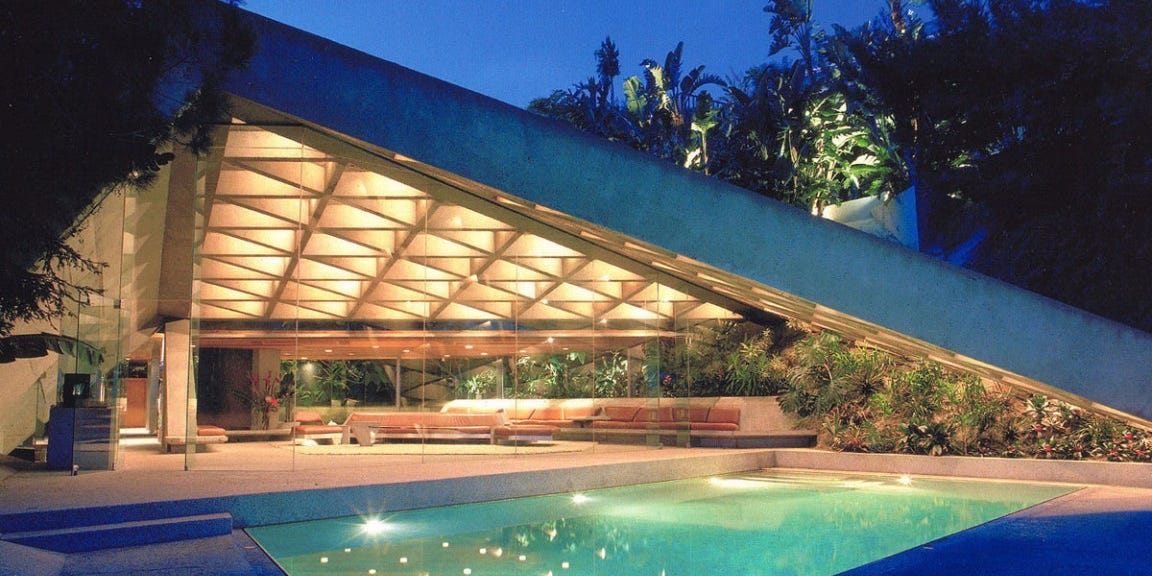 Mid-century modern is now part of our lexicon. This singular design movement appears to be the one and only style to resist the unavoidable cycle of trends in art and design. Whether the movement is having a resurgence is no longer a question, it has become transcendental.

The term was first coined by Cara Greenberg to define the American interpretation of Bauhaus and other international styles between 1933 to 1965. Economic prosperity, technological advances and the expansion of cities led to the development of new materials and the need for smaller, more practical furniture. Architects and designers explored unfamiliar textures, forms and colors and experimented with plastic, Lucite, vinyl, glass and plywood. Functionality drove design, making for revolutionary styles that championed simplicity with flaunted clean lines, gentle organic forms and nontraditional materials. These creations became the visual language for a new age; a signifier of progress and a fresh start.

But how is it that mid-century modern designs are as visually compelling today as they were 50 years ago? Though undeniably beautiful, iconic and highly collectible, many of these original pieces were ultimately made to be democratic. Simplicity and functionality made the furniture of this period incredibly accessible, easy to live with and understood by everyone. The designers we idolise today were masters at creating intuitive, universal furniture that has proven to transcend trends.

During this extraordinary time, five players stand out as bastions of mid-century modern. These designers offered some of the most ground breaking ideas in 20th century architecture, and are why this retro style is here to stay.

One of the most influential architects of the twentieth century, Richard Neutra helped define modernism in Southern California and around the world. Born in Vienna in 1892, Neutra developed an early interest in architecture, particularly the work of Otto Wagner. World War I interrupted his studies at the Vienna University of Technology. He served for three years in the Balkans, returning to Vienna in 1917 to earn his degree. Neutra’s desire to come to America was sparked by the stories of his mentor Adolph Loos and cemented after seeing Frank Lloyd Wright’s 1911 Wasmuth portfolio.

Neutra experimented constantly. He embraced technology, oddly enough, as a way to connect man with nature. His philosophy of “biorealism” sought to use biological sciences in architecture “so that design exploited, with great sophistication, the realm of the senses and an interconnectedness to nature that he believed fundamental and requisite to human well-being,” as described by architect and Neutra scholar Barbara Lamprecht. His prolific career encompassed iconic residences, innovative schools and multi-family housing, civic and commercial projects around the world, and inspiring city and community plans.

In a career that spanned over forty years, husband and wife duo Charles and Ray Eames developed countless ground-breaking pieces of furniture. Cementing their names as figureheads of America’s Mid-century Modern movement, the couple produced a prolific range of designs including the Eames Lounge Chair (1956), DSW Chair (1950) and Eames House (1949) all of which are still to this day heralded for their innovative use of new materials.

Visionaries of design, Charles and Ray Eames produced countless classic pieces of furniture and home accessories, all of which feel as fresh and modern today as they did over four decades ago.

Isamu Noguchi was one of the twentieth century’s most important and critically acclaimed sculptors. Through a lifetime of artistic experimentation, he created sculptures, gardens, furniture and lighting designs, ceramics, architecture, and set designs. His work, at once subtle and bold, traditional and modern, set a new standard for the reintegration of the arts.

The Japanese attack on Pearl Harbor and the backlash against Japanese Americans in the United States had a dramatic personal effect on Noguchi, motivating him to become a political activist. Noguchi’s work was not well-known in the United States until 1940, when he completed a large-scale sculpture symbolizing the freedom of the press, which was commissioned in 1938 for the Associated Press Building in Rockefeller Center, New York City. This was the first of what would eventually become numerous celebrated public works worldwide, ranging from playgrounds to plazas, gardens to fountains, all reflecting his belief in the social significance of sculpture.

Oscar Niemeyer is perhaps the most celebrated Brazilian architect, whose flowing designs infused Modernism with a new sensuality and captured the imaginations of generations of architects around the world.

Oscar Niemeyer was among the Modernist architects who defined the postwar architecture of the late 1940s, ’50s and ’60s. He is best known for designing the government buildings of Brasília, a sprawling new capital that became an emblem both of Latin America’s leap into modernity and, later, of the limits of Modernism’s utopian aspirations. His curvaceous, lyrical, hedonistic forms helped shape a distinct national architecture and a modern identity for Brazil that broke with its colonial and baroque past. Yet his influence extended far beyond his country. Even his lesser works were a counterpoint to reductive notions of Modernist architecture as blandly functional.

Painter, designer, architect, theorist, and urban planner: Charles-Édouard Jeanneret – better known by his pseudonym Le Corbusier – was one of the most cross-disciplinary and influential figures of the 20th century. He is regarded as a pioneer of modern architecture, a visionary designer of urban utopias for the masses.

In 1917 he moved to Paris and opened an architecture studio with his cousin Pierre Jeanneret as building villas for the elite of the French capital turned out to be the perfect occasion to experiment with innovative architectural solutions driven by the possibilities offered by reinforced concrete. Simultaneously, he developed theoretical schemes, such as the Citrohan house, the immeuble-villas (‘villa apartments’), and the Ville contemporaine (‘contemporary city’), advocating his new concepts of architecture and urban planning in publications whose success reverberated around the globe.

The notoriety achieved from both the writings and architectural accomplishments led to dozen of commissions: the Maison La Roche/Albert Jeanneret (1923–1925), which now houses the Fondation Le Corbusier; the Maison Guiette in Antwerp, Belgium (1926); the Maison Cook; and, most notably, Villa Savoye (1928–1931) in Poissy. Poised on slender concrete pillars in a lush, rural landscape, the modernist icon exemplified the five points of architecture that Le Corbusier had been developing throughout the 1920s, ultimately dictating a new approach to the design of domestic architecture.
Namely, the pilotis (reinforced concrete pillars), the roof terrace, the free design of the ground plan, the ribbon window (running the entire length of the house), and the free façade became the elements of a new vocabulary for a modern architecture filled light, air, and space.