A Look Into 15 World-Class Art Collections 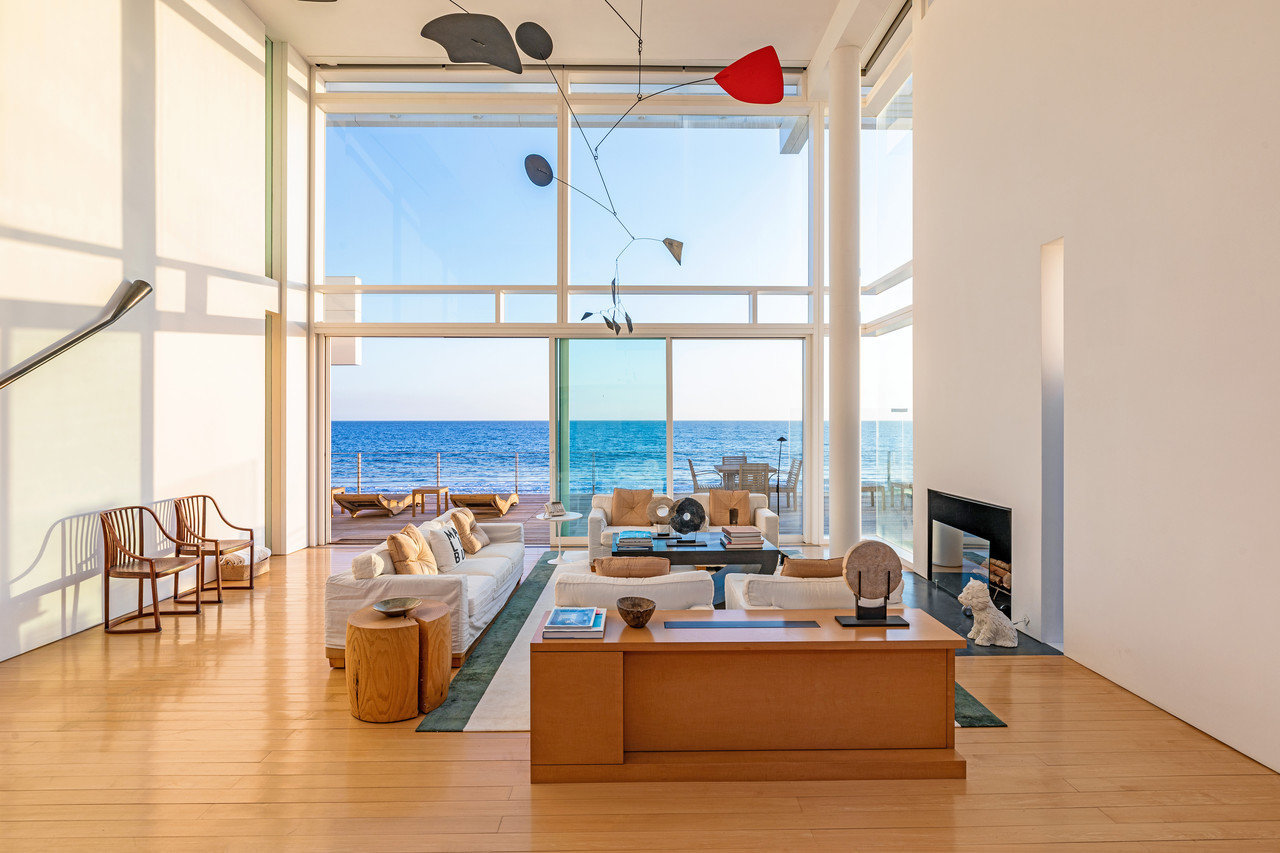 Contrary to popular belief, not all masterpieces are held in museums and public institutions. Indeed, the majority of the world’s most important works of art are being kept and dealt amongst private collections.

For someone new to the game, the question is always: where do I begin and where do I want to go with this? When collecting art, one should keep one thing in mind at all times: heritage; by acquiring an art piece you are concurrently becoming a custodian of both the artist and their work. Hence, collecting should come personal instinct, and the key is to select the pieces you love, as it is the passion behind the collection what stands out first when others look at it. In the words of Belgian art collector and dealer Axel Vervoordt:

‍“I have always wanted to live with things that I love and create spaces where I can invite friends and clients into a private world”.

Of course, the rather less noble question of how much will a piece be worth in the future is impossible to escape, but in the contemporary art market, every purchase involves a certain risk, and although bargains do happen often, it is difficult to accurately predict the future market value of a piece. If your main driver is a return on investment, then you should be looking at blue-chip artists, and that involves higher ticket prices. Whatever your goal is, always buy the pieces that speak to you, that way you will never be stuck with art that you don’t feel personally attached to.

Throughout the following list, we unveil the passion behind the pursuit of art collecting through a look into some of the world’s most prestigious collections.

The Pietzsch’s collection is considered one of the most outstanding private collections of modern art. Started in 1964 by Ulla and Heiner Pietzsch, the collection is characterised by two core themes: European Surrealism, and its reception in the US by the Abstract Expressionists. Highlights include paintings by Balthus, Hans Bellmer, Victor Brauner, Salvador Dalí, Paul Delvaux, Max Ernst, Sam Francis, Wifredo Lam, René Magritte, André Masson, Joan Miró, Pablo Picasso, Francis Picabia, Yves Tanguy or Jackson Pollock. In 2016, the couple decided to gift their  $130 million collection to the city of Berlin, making the German capital richer in its art, culture and architectural offering (the building is by architects Herzog & de Meuron).

Paz established himself as a major collector in the 2000s, buying up large-scale works for his art foundation Inhotim, a sprawling 700-acre campus in Brumadinho that mixes contemporary art with various nature preserves and imported flora. After Inhotim opened to the public in 2006, Paz also began commissioning artists to make work. The art complex is known for having pavilions dedicated to commissions by artists including Matthew Barney, Doug Aitken, Olafur Eliasson, Robert Irwin, David Lamelas, and Chris Burden. Most recently, Inhotim opened a long-awaited pavilion dedicated to Japanese artist Yayoi Kusama, underscoring its commitment to creating a dialogue among works by celebrated artists of various nationalities and generations.

With around 2000 works on public view in LA's The Broad Museum, Eli and Edythe Broad have arguably assembled the best private collection of contemporary art in the world. Valued somewhere around $2.2 billion, the collection includes master pieces by artists such as Cy Twombly, Robert Rauschenberg, Andy Warhol, Ed Ruscha, Joseph Beuys and Roy Lichtenstein.

Daniel and Estrellita Brodsky have long been a championing Latin American art and the need for institutions to take it seriously, making it the focus of their philanthropic endeavours. One way has been by endowing curatorial positions at some of the world’s top art museums, including Tate Modern in London, the Museum of Modern Art in New York, and the Metropolitan Museum of Art, where Mr. Brodsky has been a trustee since 2001 and has been the board’s chairman since 2011. The couple also founded Another Space in Chelsea, an arts venue that promotes exhibitions, publications, and research related to Latin American art. Their collection includes a 1944 Picasso portrait of a woman’s head entitled Tête, and works by the likes of Fred Tomaselli, Julio Le Parc or Artur Lescher.

Founded in 1993 by the collector Ingvild Goetz, the collection now includes more than 5000 works from almost all artistic genres – with the main areas of focus being Arte Povera, American paintings of the 1980s, Young British Artists, media art, photography and works on paper. There are also extensive bodies of work by individual artists, such as Rosemarie Trockel, Thomas Schütte, Mike Kelley and Peter Fischli / David Weiss. Since 1993, the collection can be visited in their exhibition space in Bavaria, housed in a remarkable building by the architects Herzog & de Meuron.

Since the 1990s, Poju and Anita Zabludowicz have been slowly accumulating their 500-artist / 5,000-piece collection of artworks. They exhibit their private art collection at three different locations, primarily at 176, a gallery in North London. Besides organising artist residency programs in Las Vegas, Poju and Anita Zabludowicz plan to open up a privately funded contemporary art museum somewhere down the line.

François Pinault possesses an extraordinary collection of almost 2,500 works of modern and contemporary art. With over 30 years of art collecting under his belt, his collection includes works by artists such as of Mark Rothko, Lucio Fontana, Jeff Koons and Damien Hirst. The Pinault's collection, valued at around $1.4 billion, is available for public viewing at the Palazzo Grassi in Venice.

Alexandra and Steven A. Cohen began collecting art in 2000. Since that time, they have reportedly spent more than $1 billion on their immense collection, which includes world-class works by Willem de Kooning, Andy Warhol, Pablo Picasso, Jasper Johns, Jeff Koons, and Jackson Pollock, among many others. When it comes to acquiring art, “I am purely from the gut,” Cohen . “And I know right away. If it stays in my brain—let’s say I go see a picture, if I keep thinking about it, I know it’s something I like. If I forget about it, then I know, couldn’t care less.” He is the owner of notable masterpieces including Gauguin's Bathers or Van Gogh's Young peasant woman, Munch's Madonna, and of numerous contemporary artworks such as Willem de Kooning's Police Gazette and Woman III, one of Jackson Pollock's drip paintings and Damien Hirst's The Physical Impossibility Of Death In the Mind Of Someone Living.

Mr. Neumann's fascinating collection now includes a Picasso portrait of Dora Maar, a gleaming Mondrian grid, an uncommonly large Klee, one of Matisse's most enchanting cutouts or a Giacometti bronze of a skinny, angst-ridden dog, to name a few pieces. When asked about why he has never donated paintings to museums he responds: ''I have no interest in institutionalising my paintings. Most museums are sterile places that don't know how to form collections. They do it by committee, but a great collection has to be idiosyncratic.''

Karen and Christian Boros have a reputation for collecting art that many other high-profile collectors are more likely to avoid: from the experimental to the untested. “I like artists that make it difficult for me at first,” Christian, the German advertising maestro, told the New York Times in 2007. “Artists that challenge me, question my conventions and show me something new.” Their collection is housed on a former Nazi bunker in Berlin’s city center, which they purchased in 2003. The venue had played host to raves and sex parties in the 1990s and had “a reputation as the hardest club in the world”. The space open in 2008 and its inaugural exhibition featured work by Olafur Eliasson, Robert Kusmirowski, and Sarah Lucas, among many others. The Boros couple continues to add to their sprawling collection, which includes numerous pieces by Danh Vo, Elizabeth Peyton, Wolfgang Tillmans, and others.

There’s no collection that has a better representation of postwar American art than David Geffen’s, including works by such postwar master artists like Mark Rothko and Jackson Pollock. His collection is estimated to be worth around $2.3 billion. In 2016 he sold a de Kooning and a Pollock he owned to fellow collector Kenneth C. Griffin for half a billion dollars, and back in 2006 he unloaded two Johns and a de Kooning for $80 million and $63.5 million, respectively. Only a month later, the New York Times reported that Geffen sold Jackson Pollock’s painting No. 5, 1948 (1948) for $140 million to Mexican financier David Martinez. At the time,  No. 5, 1948 broke records as the most expensive painting ever sold, overtaking the previous record holder, Gustav Klimt’s Portrait of Adele Bloch-Bauer I, purchased for $134 million earlier that year by fellow collector Ronald Lauder.

Eugenio López Alonso, is known as an arts patron whose foundation underwrites contemporary art exhibitions in Mexico, courses in Latin American art at colleges and art schools in the United States, and programs at American museums focusing on the same area. He now owns a 3,000-work collection that includes pieces by Doug Aitken, Olafur Eliasson, and Gabriel Orozco, some of which are often loaned to exhibitions around the world or on view at the Museo Jumex, a David Chipperfield–designed museum in the Polanco neighborhood of Mexico City that Lopez opened in 2013.

Beth Rudin DeWoody began collecting when she was 12 years old. Her focus at the time? Beatles paraphernalia. Since then, her collection has grown to include over 10,000 works by both established and up-and-coming artists. DeWoody opened the Bunker, an art facility in West Palm Beach, in December 2017. The facility, housed in a 1920s Art Deco building that once served as a munitions factory, was inaugurated with a show featuring artists such as Nicole Eisenman, Cindy Sherman, Robert Longo, Nick Cave, and Hank Willis Thomas. The general public shouldn’t expect a glimpse at such treasures anytime soon; the Bunker is open only by invitation.

The Greek Cypriot industrialist’s first art purchase was a Koons piece—a 1985 “Equilibrium Tank,” a basketball seeming to float mid-air. Today, Jouannou still considers it to be his most prized possession. Today, his roughly 1,500-work collection includes pieces by Koons, Ashley Bickerton, Robert Gober, Urs Fischer, Charles Ray, Maurizio Cattelan, and others. Dakis Joannou created his DESTE Foundation for Contemporary Art in 1982 in Nea Ionia, a northern suburb of Athens. Joannou’s Mediterranian retreat hosts an annual exhibition which has become an event of its own for trotting out some of the art world’s most important denizens.