10 Berlin Based Artists At The Forefront of Contemporary Culture 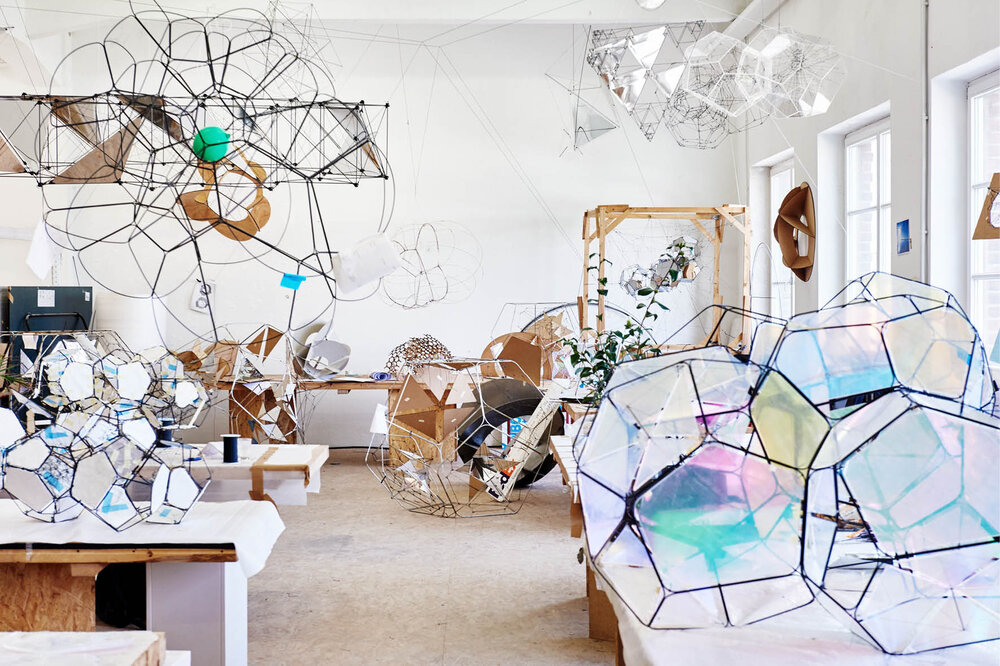 New York, London, Hong Kong; the art world’s commercial hubs, with collectors in seemingly every corner. These cities lure enthusiasts and connoisseurs from all over, flocking to partake in thrilling auctions and seductive art fairs. For breathtaking exhibitions, and state-of-the-art architecture, we travel to Paris, Florence and Vienna. However, the world’s cultural epicentre and creative powerhouse finds its home in Berlin.

For decades, artists have chosen this German city as their place to live and work, channeling its whimsical and hedonistic atmosphere into their creative spirit.“Berlin is the most liberal, artist-friendly place I have ever been to”, says Mr. Klaus Biesenbach, MoMA’s director and chief curator, who lived in Berlin for 15 years.

“Berlin is the most liberal, artist-friendly place I have ever been to”- Klaus Biesenbach

Having a plethora of world-class galleries, exceptional museums and spacious studios would be tantalising enough, but it’s the city’s ability to embrace intellectual curiosity, and foster creativity, that has attracted artists since the 1920s.

Indeed, Berlin has been a cultural epicentre since the Weimar Era, with the birth and flowering of the Bauhaus movement and the avant-garde paintings of George Grosz and Ernst Ludwig Kirchner. “It was such a vibrant cultural place in the 1920s. The early days of Modernism were lived there”- says of Berlin Monica Sprüth, co-owner of the gallery Sprüth Magers.

“It was such a vibrant cultural place in the 1920s. The early days of Modernism were lived there”- Monica Sprüth

Only shortly after this creative burst, the Nazis labeled such cultural innovations as “degenerate art” leading many artefacts to be confiscated, and eventually lost forever. What’s more, during World War II, Berlin was heavily destroyed; and the following years of Cold War gave the city the famous Berlin Wall, which divided the capital between East and West for the 28 years between 1961 and 1989.

Both in spite of, and because of such adversity, Berlin has fascinatingly managed to retain its charm and alluring character, combining a dense sense of history with trailblazing contemporaneity; and since the fall of the wall, the city has been nourishing an ever growing community of artists pioneering both commitment to their craft and a wider cultural awareness. What we find nowadays in Berlin is a creative melting pot, rivalling that of the legendary 1920s.

Here is our list of favourite Berlin based artists at the forefront of contemporary culture:

The interdisciplinary practice of Donna Huanca evolves across painting, sculpture, performance, choreography, video and sound, crafting a unique visual language based in collaboration and innovation. At the very heart of her oeuvre is an exploration of the human body and its relationship to space and identity. Her live sculptural pieces, or in the artist’s words, ‘original paintings’, work primarily with the nude female body, drawing particular attention to the skin as a complex surface via which we experience the world around us.

Few artists have shaped the scope of contemporary art and influenced a younger generation more than Wolfgang Tillmans. Emerging in the 1990s with his snapshot documentations of youths, clubs, and LGBTQ culture, his works have epitomized a new kind of subjectivity in photography, pairing intimacy and playfulness with social critique and the persistent questioning of existing values and hierarchies. Through his seamless integration of genres, subjects, techniques, and exhibition strategies, he has expanded conventional ways of approaching the medium and his practice continues to address the fundamental question of what it means to create pictures in an increasingly image- saturated world.

Jorinde Voigt channels external pulse and physical movements into complex drawn notations, featuring webs of interconnected thoughts, forms and words. Her desire to translate, transcribe and record essentially incommunicable phenomena – including musical dynamism, philosophical notions, personal emotions or her own interior monologue – leads, not to chaos, but rather to a collision between the bygone idealism of compartmentalised modernism and the realisations of a post-modern, universal condition in which everything is interdependent ultimately.

A lifelong opera fan, the artist and performer Richard Kennedy translates the elements of theatrical performance into his paintings, reflecting on his personal queer black experience. Upon first look, the lyrical, wildly colourful pictures appear abstract, but there are words carved into the works. Some phrases, like “black unicorn” and “street prophecy,” recur throughout. Kennedy’s approach sees words as an active, transitive force capable of adapting to a variety of contexts, whether it be the street, the club, or the gallery.

Widely known for her in situ paintings, in which explosive color is sprayed directly onto architecture, interiors, and landscapes, Katharina Grosse embraces the events and incidents that arise as she works, opening up surfaces and spaces to the countless perceptual possibilities of the medium. Approaching painting as an experience in immersive subjectivity, she uses a spray gun, distancing the artistic act from the hand, and stylizing gesture as a propulsive mark.

Using human interaction as his primary material, Rirkrit Tiravanija goes beyond performance to create socially-engaged conceptual works that blur the boundaries of art and bridge the division between public and private. Whether by offering visitors free curry or inviting strangers to drop by and drink tea together in a replica of the artist’s home, Tiravanija initiates ways to enable the public to be a part of the art-making process, what has been called relational aesthetics.

Claudia Comte's oeuvre is a suspension bridge connecting the natural world and the technological advancements of the present. Her sculptures are made of natural materials and smooth and delicate in texture, an intriguing play at the expectation of the materials and the possibilities. Incorporating wall murals, installation, sculpture, and film, Comte’s practice encourages collectors to think critically about the fate of our natural environment. Last year, Comte partnered with TBA21–Academy, an interdisciplinary arts and science organization, to create an underwater sculpture at Jamaica’s East Portland Fish Sanctuary, hoping to encourage ecotourism and coral growth.

Tomás Saraceno’s practice is informed by concepts linking art, life science, and the social sciences. Enmeshed in the junction of these worlds, his floating sculptures, community projects, and immersive installations propose sensory solidarity with the planet through a social, mental, and environmental ecology of practice. In an unorthodox collaboration with cosmic webs, the air, spider/webs and indigenous communities, energies converge in a new practice of solidarity. In our era of climate emergency Saraceno’s work deepens our understanding of environmental justice and interspecies cohabitation through the artist’s initiated projects Aerocene and Arachnophilia.

Alicja Kwade’s work investigates and questions the structures of our reality and society and reflects on the perception of time in our everyday life. Her diverse practice is based around concepts of space, time, science and philosophy and takes shape in sculptural objects, video and even photography. Her work has been exhibited in multiple solo shows in institutions such as The Metropolitan Museum of Art, the Palais de Tokyo in Paris and most recently, The Langen Foundation in Germany.

Olafur Eliasson’s art is driven by his interests in perception, movement, embodied experience, and feelings of self. He strives to make the concerns of art relevant to society at large. Art, for him, is a crucial means for turning thinking into doing in the world. Eliasson’s works span sculpture, painting, photography, film, and installation. Not limited to the confines of the museum and gallery, his practice engages the broader public sphere through architectural projects, interventions in civic space, arts education, policy- making, and issues of sustainability and climate change.