Ten Artists Who Pivoted At Auction in 2021 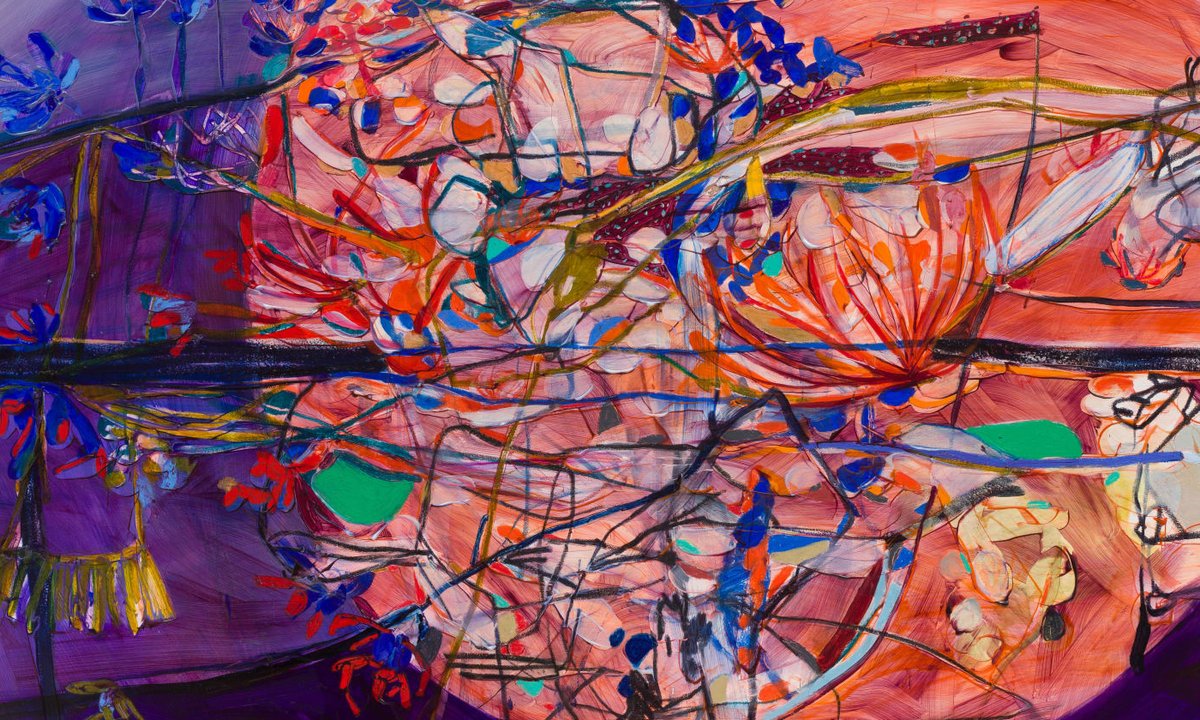 The year 2021 gave rise to a marriage between traditional art market norms and new standards, where a plethora of young and veteran artists posed breakout moments and skyrocketing results at auction. In this turbulent new landscape induced by a technological race to innovate as much as by the desire to preserve the traditional praxis, these are the artists who reached new levels of success:

Best known for her hand-built ceramics, Kenyan-born British artist Magdalene Odundo's pieces are not made traditionally using a wheel, but are instead created using a coiling technique. Her pieces are left unglazed and are burnished by hand, turning red-orange clay pieces into black pots or vessels that are as distinctive in their colour as they are in form. Amorphous in shape yet resembling the human body in curvature and sinuosity, the pots are vehicles for thinking about the human body and its relationship to space. Her influences vary widely, from Cycladic figures to modern sculpture by Jean Arp and Constantin Brancusi.

The shift in price occurred soon after Odundo’s solo exhibition at the Hepworth Wakefield Museum in 2019, resulting in one of the year's most distinctively broken records at Sotheby's London Evening Sale of Modern and Contemporary British Art on the 29th of June. Odundo's carbonised terracotta vessel from 1986 sold after a seven-way contest between London, New York, and online bidders to a U.S.-based collector for a quadruple estimate record of £378,000 ($523,328).

Exploring a complex emotional landscape, Jadé Fadojutimi's paintings offer an insight into the artist's quest for identity and self-knowledge. In her interrogation of identity, and how it informs and is informed by one's surroundings, Fadojutimi is fascinated by the ways in which we adorn ourselves with clothes and accessories in order to construct a sense of self. Fadojutimi explains that her works 'question the existence of feelings and reactions to daily experiences.

Fadojutimi’s ascent can be traced back to 2019, when she became the youngest artist in the Tate collection, but her numbers truly took off in 2021, which saw the artist break the $1 million price barrier at auction three times over the course of two days in October, resulting in a new record of £1.17 million ($1.6 million) for her 2017 painting Myths of Pleasure. This market momentum seems poised to continue into next year, building off the institutional momentum of Fadojutimi’s first solo museum show at the Institute of Contemporary Art, Miami, which opened in late November.

May was a big month for Los Angeles–based painter Hilary Pecis’s market. On May 14th, she opened her first solo show with her London gallery, Timothy Taylor, featuring her newest exquisite canvases depicting domestic interiors, still lifes, and landscapes in bright and colourful detail. Then on May 25th, her work appeared at auction for the second time ever when her verdant feline double portrait Garden Cats (2016) was offered at a Christie’s day sale in Hong Kong; the work ultimately sold for more than three times its high estimate, or HK$1.7 million (US$225,000), more than tripling her prior record.

Flora Yukhnovich is acclaimed for paintings in which she adopts the language of Rococo, reimagining the dynamism of works by eighteenth-century artists such as Giovanni Battista Tiepolo, François Boucher, Nicolas Lancret and Jean-Antoine Watteau through a filter of contemporary cultural references including film, food and consumerism. Existing in a constantly fluctuating state between abstraction and figuration, Yukhnovich’s paintings explore ideas surrounding dualities and multiplicities, transcending painterly traditions while fusing high art with popular culture, and intellect with intuition.

Yukhnovich has had a stellar 2021. By June Yukhnovich surpassed the $1 million mark when her large-scale painting Pretty Little Thing (2019) sold for $1.18 million at a Phillips New York sale. That record would itself be smashed in October, when the textural bacchanalia of I’ll Have What She’s Having(2020) helped push its hammer price to £2.25 million ($3 million) at Sotheby’s London. Yukhnovich’s ascent looks primed to continue into next year, when the artist is scheduled to have her third solo exhibition with Victoria Miro.

Stanley Whitney’s abstract paintings and works on paper focus on the possibilities of colour and form. He arranges his highly saturated colour fields into gridded blocks separated by energetic, gestural lines. Whitney draws on disparate influences ranging from the compositions of Titian and Velázquez to Minimalism, Color Field Painting, Southern quilts, and the freewheeling jazz of Charlie Parker and Ornette Coleman; Whitney describes his loose style as musical and improvisational. While Whitney’s work is informed by his identity as a Black American, he’s less interested in explicitly focusing on race and identity than in honing a unique, abstract visual language of his own.

Hardly new on the scene, but only recently “discovered,” the 75-year-old abstract painter emerged on the auction scene in 2018 amid booming interest in works by African American artists. This Summer, his painting Light a New Wilderness (2016), a 96-by-96-inch oil on linen geometric abstraction in saturated bright colours, was sold at Christie’s for a triple estimate record £525,000 ($724,837)—a significant quantum leap.

Ewa Juszkiewicz’s oil portraits of women turn genre conventions inside out. Beginning by producing a likeness of a historical European painting—her sources date from the Renaissance through the nineteenth century—she expertly imitates the original’s technique and style but replaces the subject’s face with a surreal or grotesque distortion. In some compositions, the Polish artist swathes her sitter’s head in folds of fabric or lush floral arrangements; in others, she redirects an elaborately plaited hairstyle to shield the woman’s face from view. The results of this process narrate a history of effacement and erasure that runs throughout the Western canon of female portraiture.

Jenna Gribbon’s sumptuous, textural paintings hover between alluring intimacy and off-putting voyeurism. The Knoxville-born, Brooklyn-based artist paints her partner and close friends in intimate configurations, rethinking how fine art has long objectified women. Gribbon has said that she hopes her compositions will “jar people out of what they think they already know about consuming images of naked women.” She explains that she is “interested in what it means to see and be seen in a time where there is more imagery of both than ever before.”

This year, her impressive list of gallery shows includes Massimo De Carlo in London, Carl Kostyál in Stockholm, and the FLAG Art Foundation in New York. Gribbon has sold work at auction before; three typically small-scale paintings have made up to $37,800 since her debut last October, and Beach Glory raised the bar again, achieving £30,000 ($41,385)—five times the high estimate—after 15 bidders made a play for it.

Shara Hughes describes her lush, vibrantly chromatic images of hills, rivers, trees and shorelines, often framed by abstract patterning, as "invented landscapes." Full of gestural effect, surface tactility and possessing a fairytale mood of reverie, these paintings, as the New Yorker described them, "use every trick in the book to seduce, but still manage to come off as guileless visions of not-so-far-away worlds." Bold, clashing colours and shifting perspectives manifest into dream-like landscapes that push and pull the eye across the canvas, challenging conventions of space. Rather than depicting true to life landscapes, Hughes invites us into a fantastical world offered as a portal for psychological discovery and reflection.

Hughes had her breakout moment at the 2017 Whitney Biennial, but 2021 marked a new level of success for the painter. Her secondary market spurred in 2018, marking the first year Hughes broke six figures at auction. Her market grew at a steady pace in the years following, but would take a dramatic leap past the $1 million mark this fall with the sale of her painting Night Picket (2017) at a Phillips London sale in October. The upward trend continued through the end of the year, topping out with her current auction record of $1.48 million, achieved in November.

If there’s one artist who best encapsulated the NFT feeding frenzy that shocked the art market this year, it’s Mike Winkelmann, better known as Beeple. At a Christie’s online auction this spring, EVERYDAYS: THE FIRST 5000 DAYS (2021), a digital composition made up of works from the artist’s 2007 “Everydays” series, went under the hammer with a starting bid of just $100. Over the following weeks, the work continued to accumulate bids, soaring to $9 million the day before the auction closed, before growing in massive leaps to an eventual hammer price of $69.34 million, a result that places Beeple firmly within the three most expensive living artists at auction, following David Hockney and Jeff Koons.

Quarles’ vibrantly coloured and textured paintings depict bodies that barely seem contained by the frame of the canvas. Body parts appear in varying states of abstraction, framed by architectural devices that create ever-shifting spaces. The ways in which her painted bodies elude definition reflects her own experience of being misread or mis-represented, as a queer cis woman, born to a black father and white mother.

This Summer, the Los Angeles–based painter became the latest rising star to join Hauser & Wirth’s roster. The support of one of the world’s most powerful galleries is a significant career benchmark for the fast-rising artist, and reflects growing collector demand for her work.Quarles saw her most significant secondary-market leaps in 2020: first in July with Placed (2017), which sold for $400,000, and then in December with Tuckt (2016), which achieved $655,200. Both works far surpassed the $100,000 high estimates Phillips had given them. This last fall, her painting "Common Ground (Worlds Apart, Miles Away)" (2016) broke her previous record selling at Sotheby's New York The Now Evening Auction at a hammer price of $ 550,000, far surpassing the estimate of $ 120,000 - $ 180,000.