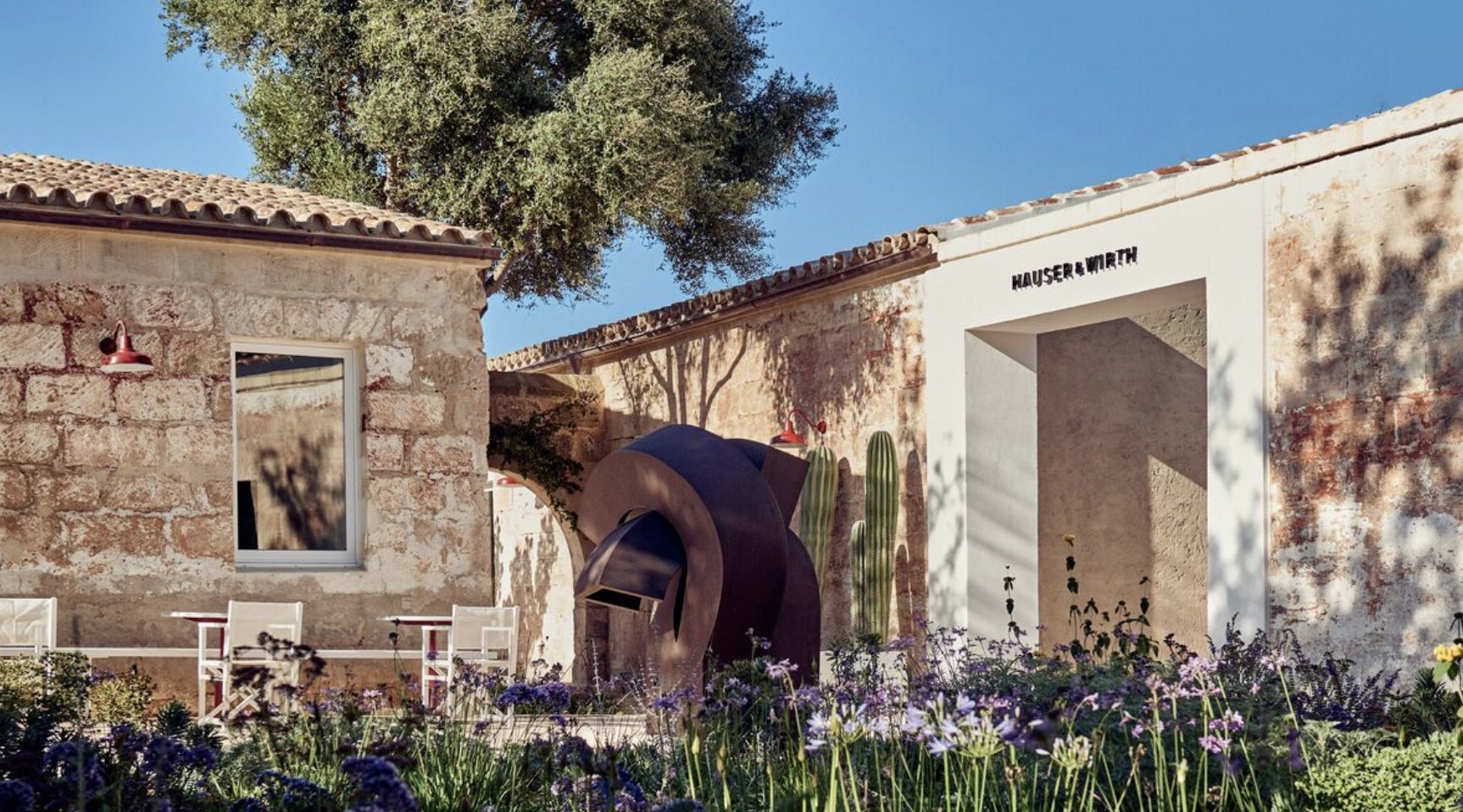 Mark Bradford’s ‘Masses and Movements’, inaugurates the gallery’s newest location on Isla del Rey in the port of Mahon in Menorca. For his first exhibition in Spain the artist presents an installation of globe sculptures, a site-specific wall painting, and a suite of new canvases based on a sixteenth-century map of the world thought to feature the first use of the name ‘America’ in print. ‘Masses and Movements’ extends across seven gallery spaces. Integral to the exhibition is a new social engagement project that Bradford is collaborating on to bring arts education to immigrant communities and a display that highlights the global immigration crisis. Continuing his career-long exploration of the systems that oppress marginalised populations, Bradford’s newest exhibition features work rich in both formal and allegorical complexity, reasserting the importance of abstraction to understand the world we live in and confirming his place among the most important artists working today.

The Greek Gift brings together a series of new and existing works, alongside found objects and impromptu responses from a variety of artists who have maintained decades-long relationships with Dakis Joannou and the DESTE Foundation. Part-divertissement and part-collaborative project, this small exhibition borrows its title from a chess tactic—the “Greek gift sacrifice.” This move, for which a player sacrifices a bishop in order to checkmate, in turn is believed to have been named after the mythical gift of the Trojan Horse from the Achaeans to the city of Troy. As any gift, it is a complex tangle of generosity and self-interest. The exhibition includes works by Elizabeth Peyton, Chris Ofili, Jenny Holzer and Louise Bourgeois, among many others.

With works by Pierre Soulages, Le Corbusier, Niki de Saint Phalle or Jean Dubuffet; but also Damien Hirst, Tracey Emin or Cindy Sherman, the group exhibition Minimo brings together art and wine in the vineyards of Chateau Saint Maur in St Tropez. A must visit if you are in the South of France this Summer.

The Fondation Giacometti is joining forces with the Grimaldi Forum to present for the first time in Monaco, an exceptional retrospective of the work of the sculptor and painter Alberto Giacometti, the most important retrospective held in recent years and one organised by the curatorial office of Émilie Bouvard, the Fondation’s scientific and collections director. This voyage into the creative works of Alberto Giacometti takes place in an atmosphere of wonder, the wonder of Giacometti in the face of “marvellous” reality, as he often put it. He endeavoured to represent, without hierarchy, what he saw around him: loved ones, objects from his studio, everyday things, landscapes from his Swiss childhood or the suburbs of Paris. The scenography of the exhibition, the richness of the works presented,  amazes in turn the viewer who is placed at the heart of the artist’s intimacy.

Anthony Vaccarello, the creative director for French fashion house Saint Laurent has partnered with conceptual artist Doug Aitken on Green Lens, a monumental reflective structure. Located on the island of Isola Della Certosa, Venice, the structure was the pièce de résistance of the Maison’s Spring Summer 2022 menswear collection. Dubbed the Green Lens, the large-scale installation is covered entirely by mirrors. The surrounding foliage gets reflected by the surfaces, representing the perfect homogenisation of man-made structure and the natural world. Upon entering the structure, visitors get to experience a kaleidoscopic space that reflects the landscape, sky, and immediate surroundings. Like most art installations, Green Lens was created to spark conversations. Aitken’s aim for this structure was to inspire discussion regarding the balance between the splendour of nature and the advancement of human society.

ELEVEN RISING ARTISTS ON OUR RADAR