The German School of Photographers: Thomas Ruff and Andreas Gursky 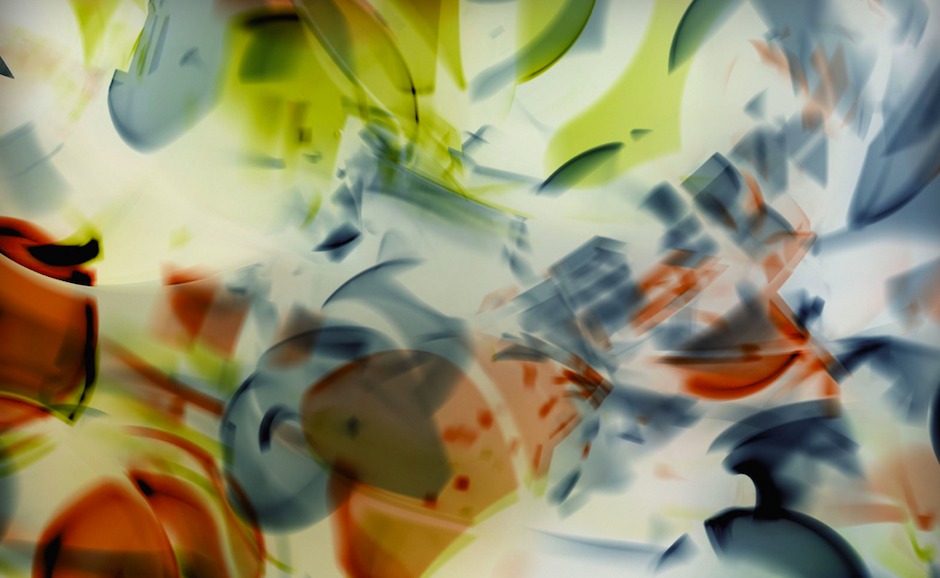 During the mid-1970’s, a group of photographers studying at the Kunstakademie in Düsseldorf under Bernard and Hilla Becher stepped away from old methods of photography in favour of new typographies that blurred the boundaries between painting and camerawork. This group became known as The German School of Photographers. Their photography is presented in a documentary style, using the medium to systematically document subjects as their conceptual framework. The group were devoted to the 1920’s German modern realist movement, Neue Sachlichkeit or New Objectivity. This movement created themes on the universal human condition and post-war mentality of the early 1900’s. The German School of Photographers were drawn to their traditional methods, which focused just on the subject and brought attention to all levels of German society.

The teachers of the German school of photographers were Bernd Becher (1931-2007) and Hilla Becher (1934- 2015). They started collaborating in 1959 while attending the Kunstakademie in Düsseldorf and married in 1961. They taught contemporary photography there from 1976-1996. Their work focused on black and white images of systematic documentation of Germany’s industrial archetypes such as almost forgotten water towers and coal bunkers. The standardised documentary style underscored the communality inherited in variation and was based on their objective visions. The Becher’s were inspired by Marcel Duchamp’s “ready-mades” which focused on the object as the main subject matter and the Neue Sachlichkeit movement. They encouraged their students to create case studies and typologies of disappearing architectural relics that were in use but would soon be marked as irrelevant. Their artwork, Blast Furnaces (1969-95) represents an array of multiple small black and white photographs combined together into a grid focusing on the visual forms of the subject matter of the furnace. Each photo on the grid offers a slightly different vision of each furnace in order to draw the viewers’ attention to the subject matter itself. Their collections can be found today in international institutions such as The Museum of Modern Art in New York, The National Gallery of Art in Washington D.C and the Tate Gallery in London.

With new developments in digitalisation of technological advances within the realm of photography, the notion of the image became obscured. Photography after modernity became a superficial transformation of media images with meaning being brought into question. In order to mediate the influence of pictures on post-societal views, new documentary strategies were discussed on the treatment of presentation. In the 1980’s in Germany, a new photographic theory began to be discussed with the introduction of digital technology shifting focus from what was being depicted to how it was depicted. The Becher students sought out to create a mediation between the medium and the content. The treatment of their presentation of large-scale digitally fabricated images deems the photograph as a painting. Technology becomes essential to their pictorial ideas and the form becomes content and medium. Becher students, Thomas Ruff and Andreas Gursky constructed a new visual reality with digital manipulation. They are known as “Bild-Erfinder” or “Pictorial Fabricators”, for they do not just follow traditional photographic constructs, but use other technologies to create their pictures.

Thomas Ruff is a German photographer known as the master of edited and reimagined images. He is from Hammersbach, West Germany and studied under Bernard and Hilla Becher at the Kunstakademie in Düsseldorf where he became a prominent member of the German School of Photographers. Ruff’s early works focused on conveying the truth of the photograph with subject matter containing no theatrical essence. The Becher’s inspiration is shown through his focus on the simple image in socio-cultural interpretations. His works are known for representing the photograph for what it is, an object that only receives meaning after production. Ruff illuminates the outcome of contemporary vision in photography by showing the distance between an event and its representation on subjects such as newspaper photos, portraits and pornography. He removes pictorial features of perspective, horizon lines and spatial depth from his photographs to show the emotional content.

He became famous for his early work Portraiture Series (1980’s), which featured groupings of large-scale ‘passport sized’ portraits that conveyed reality. In the mid-1990’s, he changed his technique from straight photography to working mainly with found imagery from various sources. His subjects turned towards empty domestic interiors, abstractions of modern architecture, appropriated NASA images, 3-D generated pop imagery and pornography. The series Nudes (late 1990’s) are images of naked people stretched to be blurry through the use of resolution to show the emotional real of the subject matter. His work has been exhibited worldwide since 1981 in venues such as the Guggenheim New York, the Biennale de São Paulo and David Zwirner. Ruff currently works and lives in Düsseldorf, Germany pursuing new methods within his medium such as 3-D software.

Andreas Gursky is an influential German photographer from Leipzig, East Germany. He studied under Bernard and Hilla Becher at the Kunstakademie in Düsseldorf from 1980 to 1987 and taught there from 2010 to 2018. He is known for his involvement in the German School of Photographers and for his large-scale digitally manipulated images. His subject matter captures the modern world of both built and natural environments on a large scale. The Becher’s influence can be seen in how the focus is solely on the subject matter. Emerging on the art scene in the 1990’s, he used new techniques for his photographs by splicing together images of the same scene, shooting at an elevated perspective and employing digital manipulation to heighten scale, colour and detail. His work focuses on scenes of expansive views that consum the viewer as one can experience the subject being subsumed by the masses or the environment.

In the early 1990’s his work focused on factories, stock exchanges, airports, highways, buildings and golf courses with aerial viewpoints that showed a pattern of crowds and infrastructure. In 1996, his style changed from perspective to frontal view, arranging the photographic montages according to classical patterns with subject matter focusing on social phenomena, entertainment and urban planning. The Pyongyang photos (2007) show a kaleidoscope view of performers in North Korea. During the 2000’s he also focused on themes of capturing the plant as it is by photographing bodies of water. Gursky’s series Ocean (2010) used high-definition satellite photography to interpret his views on sea and land and his series Bangkok (2011) captured water reflections, highlighting the intensity of present moments.

His Rhine photographs of 1999 is undoubtedly one of his most successful series in which he digitised the pictures and left out distracting elements. Rhein II (1999) sold at Christies New York for a record breaking $4.3 million in November 8, 2011, becoming the most expensive photograph ever sold. Gursky is currently working and living in Düsseldorf. His photographs are in many international permanent collections such as the Metropolitan Museum of Art, the Tate Modern and the San Francisco Museum of Modern Art. Gursky’s current exhibition, which was supposed to open November 19, 2020 at the Amore Pacific Museum of Art in Seoul, South Korea has been postponed due to the COVID-19 pandemic.