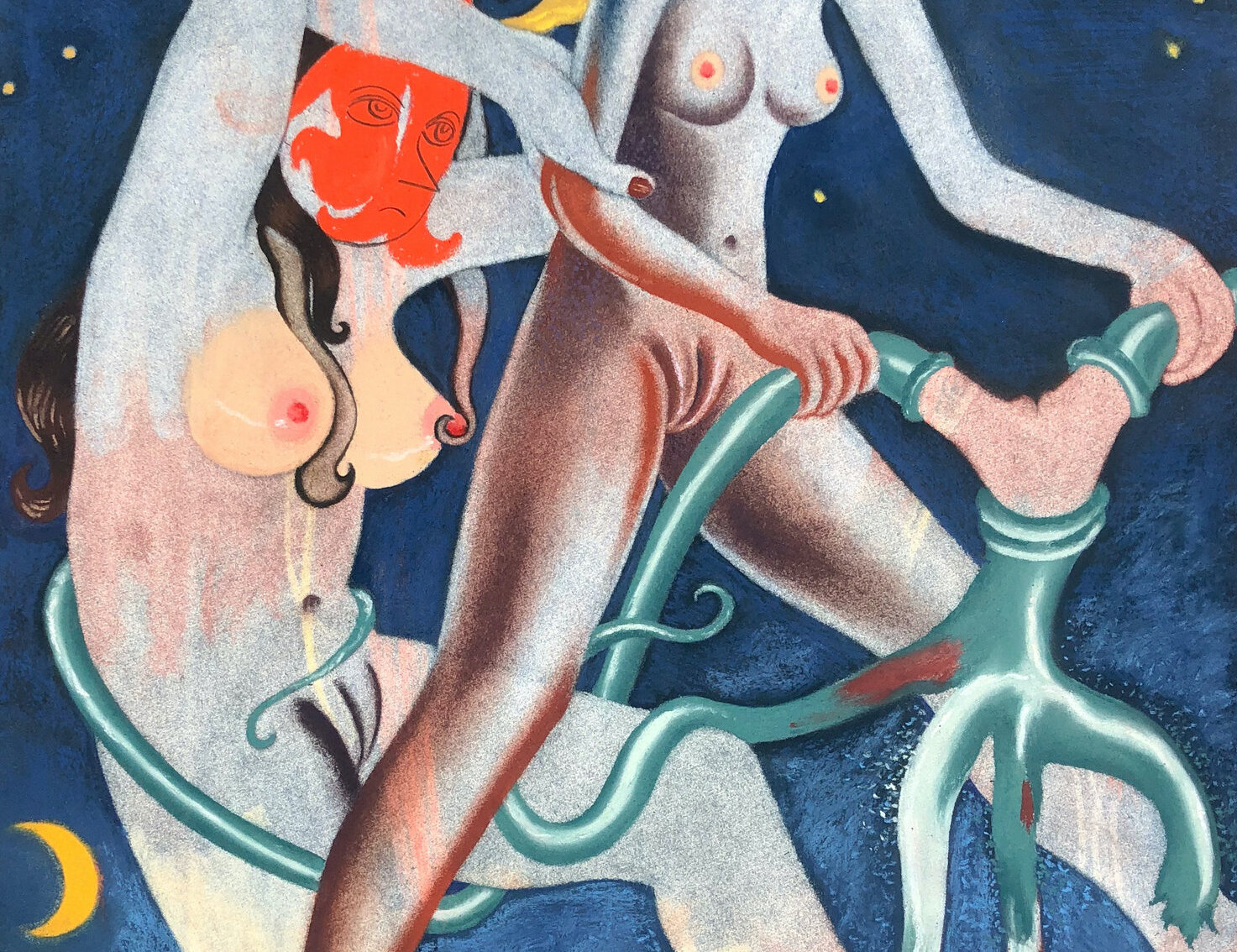 In the first half of the 20th century, the post-war Western world was a chaotic blend of progress and loss, with advances in medicine and psychology fostering society to reevaluate the relationship between the mind and the body. In this context of devastation and development, André Breton established a new philosophy through his Surrealist manifesto, in which dreams and reality would resolve into “a kind of absolute reality, a surreality” of melting clocks and uncanny scenarios, of sexual explorations and conjured imagery; and so the Surrealist movement began to gain popularity, quickly spreading to the avant-garde spheres of both the visual arts and literature.

Despite the movement being male-dominated, women across the world began to employ its artistic contours to release the creative potential of their subconscious mind and plumb the depths of their dreams. Indeed, throughout history, female artists have extensively contributed to the development of this magical genre, from the mystical self portraits of Mexican icon Frida Kahlo, the seductive feminine creatures of Dorothea Tanning’s paintings, or the mysterious women of Gertrude Abercrombie’s conjured imagery, to the present day as seen in the work of her new contemporaries.

As art historian Whitney Chadwick notes in LACMA’s catalogue of the exhibition In Wonderland: The Surrealist Adventures of Women Artists in Mexico and the United States:

“Surrealism’s legacy included a model for creative practices that encouraged many women to adapt its principles in their search to link artistic self-identity to the realities of gender and female sexuality.”

In 2020, these assertions stand stronger than ever, with the spread of the Feminist movement drawing female artists from all over the world to employ Surrealism as a means to subvert patriarchal myths and explore their own identity. Through the magical lens of a movement that saw the height of its popularity among male artists working during the mid 20th-century, these are their female contemporaries breathing fresh life into Surrealism:

Loie Hollowell is recognized for her paintings that evoke bodily landscapes and sacred iconography, using geometric shapes to move a figure or its actions into abstraction. Originating in autobiography, her work explores themes of sexuality, often through allusions to the human form with an emphasis on women’s bodies. Mixing brazen sexuality with abstraction, surrealism and sacred iconography in works saturated with color, sacred geometry, and sensual energy, Loie Hollowell shows the expansive possibilities for exploration through concentrated colors and forms, incorporating high-density foam board and sawdust to intensify quality and depth.

Katherina Olschbaur's compositions melt human bodies, objects, formal elements and animals in a cluster of different parts, conjuring seemingly seductive forms through an artistic lens reminiscent of Surrealism. Through smooth washes of carefully placed color, her paintings captivate the viewer whilst providing a female perspective to a history of canonised male painters, whose work simultaneously inspires her. Although traces of matriarchal order in Western thought appear as a mythological apparition, Olschbaur paints a narrative that subverts our expectations under the normative language of patriarchy.

Julie Curtiss focuses on the relationship between nature and culture in her figurative painting, sculpture and gouache on paper, exposing and reworking female archetypes through a surrealist sense of the uncanny. Her subject matter centres on the female body, through deconstructed and fragmented details like heads or legs, or through the symbols of stereotyped ‘femininity’ such as long nails, flowing hair or high heels. Through the use of unexpected juxtapositions, of subject with object, of the seen and the implied, and an exaggerated portrayal of cartoon-like forms, her paintings are infused with a direct and deadpan humour, revealing the uncanny within the banal and the grotesque and surreal undertones of human characteristics and behaviour.

Painting with oils, and occasionally on velvet rather than canvas, there is a seductive artificiality and a nightmarish quality to the work of Issy Wood. The artist jokes that she is a “medieval Millennial”, reveling in the timelessness afforded by the classical associations of painting while embedding small clues and allusions to her identity and more contemporary interests. She often paints strange, sphinx-like women with heavily lidded eyes; long, sharp fingernails; or intricate, curling hair. Then there are her renderings of dogs, interiors, objects, and ornaments—from leather coats, lustrous tureens, and glass teapots to flip phones, plush red car seats, or jewelry—usually cropped and isolated in darkness, as if slowly fading into obscurity.

In Dominique Fung’s paintings, baby blue hues dance with pastel pinks to create, at first glance, exotic fantasies of Oriental bliss. Like the works of Jean-Auguste-Dominique Ingres and Jean-Léon Gérôme, Fung’s scenes entice with nude women reclining among porcelain vessels. However, closer inspection reveals stray knives, impaled fruit, and dismembered limbs; the mirage dematerializes. Her early artistic passions were informed by Vermeer, Manet, Rembrandt, and Goya, but her sense of Chinese heritage was largely informed by vessels and objects she saw at home and on display in the Asian art section during visits to the Met in New York.

Anstis uses sensuous soft pastels and paint to build fantasy worlds at a remove from heteronormative patriarchy, yet strikingly transformative of it. The predominant concepts that Anstis’s works explore are “subjectivity, Eros, Thanatos, humour, personal mythologies, misunderstandings and (mis)anthropomorphisms.” These themes are woven together in her paintings alongside a plethora of otherworldly elements - strange creatures, surreal landscapes and plants - by which her feminine figures lay claim to desire, for better or for worse.

Drawing inspiration from speculative fiction and the occult, Jessie Makinson builds her mischievous, uncanny paintings through an intuitive accretion of gesture, form, and color. As her marks coalesce into figures, a narrative emerges. The artist mines art history and science fiction alike to present scenes of sexuality and lurking menace. The underpainting can look bruised, miasmic—an undefined presence which seeps into the tightly differentiated surface of pastels and deep shadows. It is this dance of environmental chaos and the stillness of the figures which gives the paintings a frantic, gripping energy.