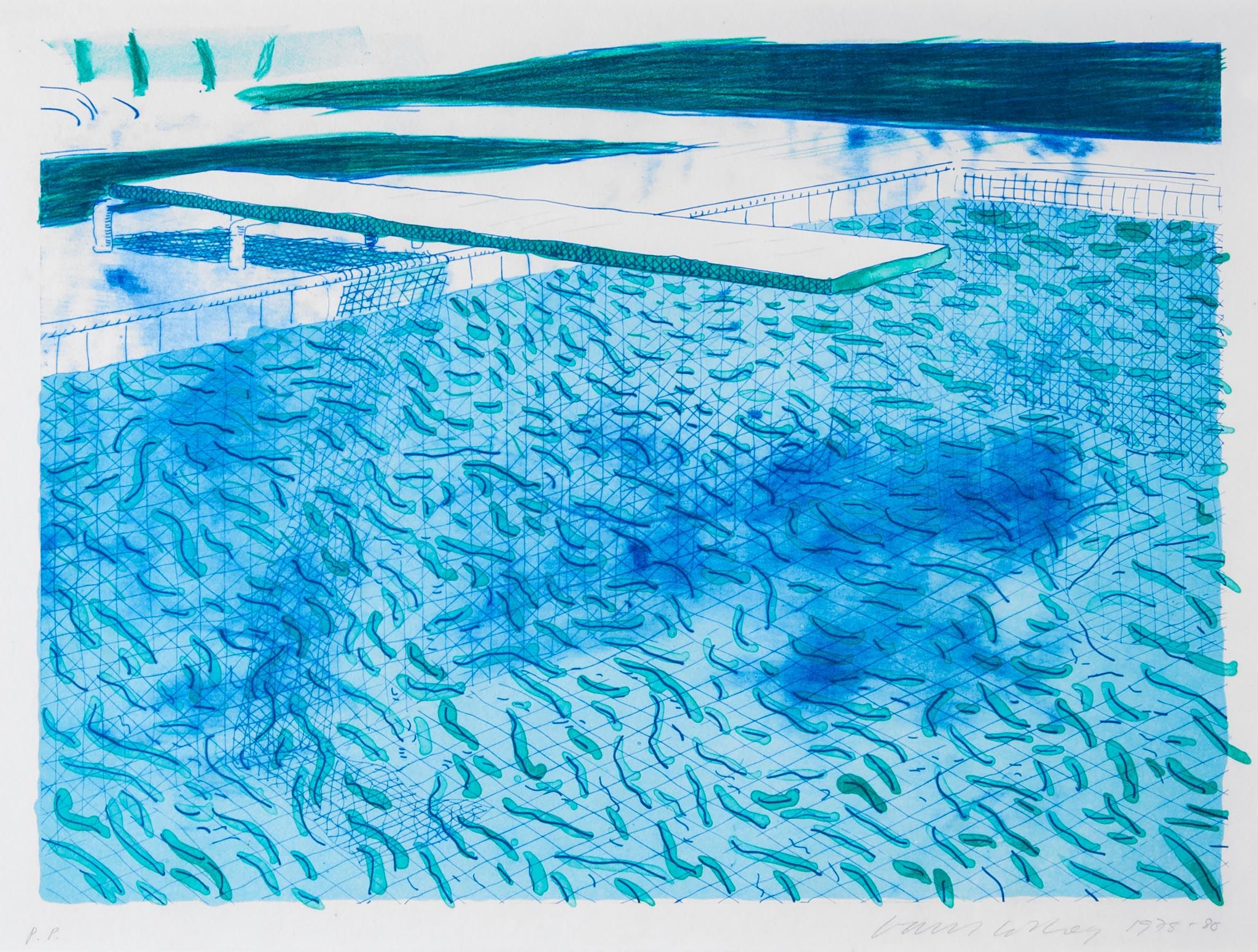 ‍
The award wining director of Call Me By Your Name talks about how David Hockney inspired his film A Bigger Splash, a sexually charged, romantic drama happening in the Italian island of Pantelleria. In Guadagnino's own words: “With his painting, A Bigger Splash, Hockney created this incredible mystery: the mystery of desire, the mystery of sexuality, the metaphor of this broken surface under which you don’t know what’s looming. There’s a phantom in the painting. What happens after the human presence is gone? And gone for how long? With his other pool paintings there are also these mysterious figures in the water. Grounded in that is Hockney’s own desire – his sexuality, the Californian Eden he was living in at the time, this paradise that in a way is impossible to reach. When I was thinking of the basic concepts behind the film – regret, love lost, jealousy – it was the subversive qualities of Hockney in the 60s that came to mind. With the splash itself, there’s this moment of fracture in reality; you don’t know what came before or what’s going to happen next. It’s a lot to do with the kinetic energy that comes from the sexual act. That’s what I wanted in my movie. So I felt it was important that the film title was the title of this major masterpiece from this master artist, Hockney.”

When he was a twenty-something, Katz visited an exhibition at the Metropolitan Museum and viewed a portrait of a Habsburg infant. The experience proved pivotal. He recalls the moment and its effect on his life: “It was nothing—so simple! Something could be so simple and so much. Just a green background, a little girl—everything was perfect. There’s no story line. It’s immediate. He painted directly. He saw it, he painted it.”

An airline commissioned Calder to paint a Jet

Calder’s most colossal commission came in 1973, when Braniff International Airways asked the artist to decorate a full-sized Douglas DC-8 jet airliner in his distinctive style. Given his background in engineering and his interest in motion, Calder accepted the offer. Known as Flying Colors, this plane took flight in 1973 and primarily serviced South America. Two years later, he designed another plane for the airline: Flying Colors of the United States.

In 1982, the airline went out of business. The first aircraft was sold to a leasing firm, while the second rendition was accidentally destroyed during filming for a movie.

Gerhard Richter conceived the south windows of the Cologne Cathedral

A vast colour chart by Richter was installed in 2007 in the south transept window of the Cologne Cathedral, a Gothic bastion of Roman Catholicism in northern Europe. Sixty-five feet tall, Richter’s south-facing giant window consists of eleven thousand five hundred panes of “antique” handblown glass which, when directly sunlit, admits a wash of aureate illumination into the cathedral’s gloomy immensity. According to a recent poll, this cathedral has since become the Germans’ favourite art attraction.

One time Cattelan taped the gallerist Massimo De Carlo to a wall. It looked like a “duct tape crucifixion”. Massimo actually had to be taken down after a couple of hours because he was suffering from exhaustion and lack of oxygen.

Furthermore, in 1995, Maurizio Cattelan put on stage his parisian gallerist Emmanuel Perrotin, disguised in a pink rabbit costume with a giant phallus shape. This was Surrealist theatre at its best and most intimate, bringing visitors into direct contact with the child/parent relationship of artist and dealer. We get a glimpse of Cattelan as innocent subversive; his artistic purpose a tricky blend of self-searching, a determination to avoid clichés, and a commitment to keep his audience in tow.