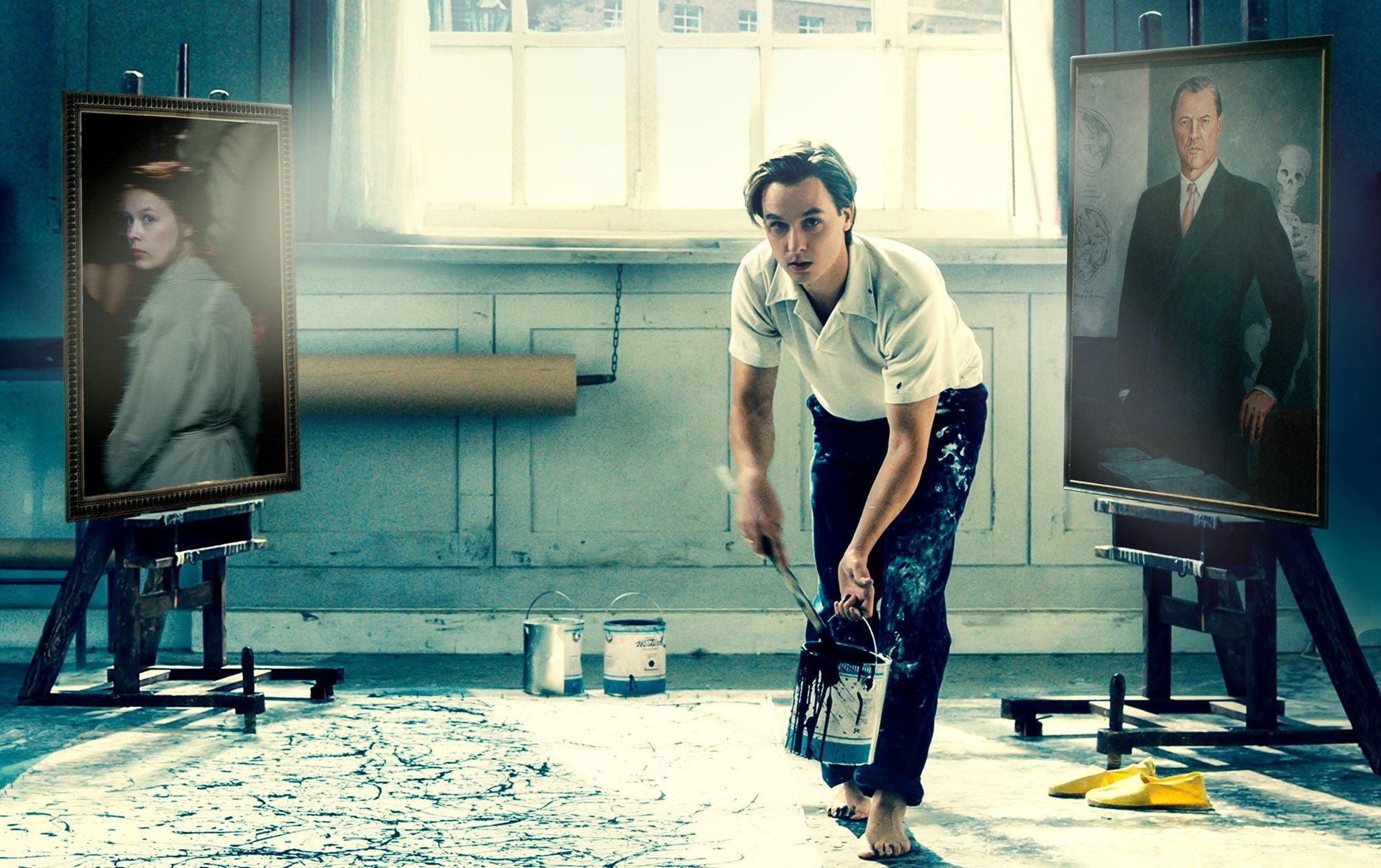 Never Look Away follows thirty years in the life of a great post-war German artist, Kurt Barnert, whose story is based on Gerhard Richter's. The film goes from a childhood witnessing Nazi Germany, to a post-war East Berlin, where Kurt starts attending fine art classes and falls in love with a young woman. But the repressive Socialist Realism painting style of Soviet Germany prompts Kurt and his girlfriend to escape to the West during the time of the Berlin Wall. Once settled in, Kurt and his fellow artists friends from The Düsseldorf Academy burst forward a new exciting movement in contemporary art, which is up until today still inspiring collectors, dealers and critics alike, for being one of the most remarkable moments in art history.

In this fictional, psychological thriller, Virgil Oldman, a cultured and sophisticated director and owner of an esteemed auction house, falls in love with a reclusive young heiress, who trusts him to auction the large collection of art and antiques left to her by her parents. Virgil, who lives in seclusion amid his priceless collection of female portraits is drawn to his enigmatic new client who refuses to meet in person. More than once Virgil is tempted to bow out of what appears to be nothing but a bothersome mess, but on each occasion, the mysterious young woman, locked in her own obsessional world, convinces him to continue. And with this, the old antique dealer's life begins to take an unexpected turn, soon finding himself concealed by a passion that will transform his grey existence forever.

At an all-women's conservative private school in the 1950s in America, a non-conformist art history teacher, Katherine, encourages students to pursue their dreams and question the roles women are expected to play in society, as well as the role that the Abstract Expressionism movement plays in art history. At her first class, Katherine discovers that her students have already memorised the entire textbook and syllabus, so she uses the classes to introduce them to modern art and encourages discussion about topics such as what makes good art. Katherine comes to know her students and seeks to inspire them to achieve more than marriage to eligible young men.

This film is based on the true story of the complicated and inspiring life of the surrealist Mexican artist Frida Kahlo who shares an unstable and complex relationship with her husband, the muralist Diego de Rivera. Throughout the marriage, Rivera has affairs with a wide array of women, while the bisexual Kahlo takes on male and female lovers, including the politician Leon Trotsky, who is granted political asylum in Mexico. Throughout the film, a scene starts as a painting which slowly dissolves into a live action, highlighting how Frida channeled the pain of her crippling injury and her tempestuous marriage into her work.