15 What's Up Artists With Institutional Shows This Year 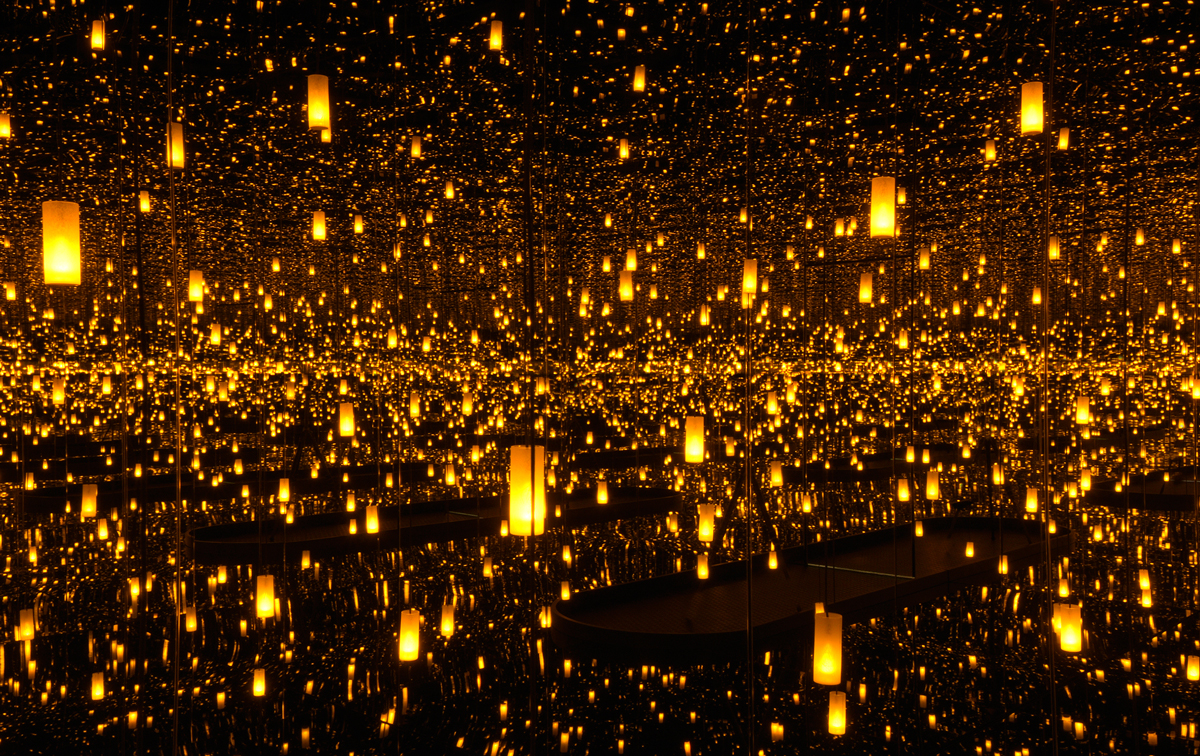 Gerhard Richter: Painting After All

at The Metropolitan Museum of Art, New York

The exhibition Painting After All features the artist's six decade-long preoccupation with the twin modes of painterly naturalism and chromatic abstraction, in relation to photographic and other representational iconographies.

Step into infinite space will present a rare chance to experience two of Kusama’s most breathtaking immersive installations, creating the illusion of a boundless universe. Infinity Mirrored Room- Filled with the Brilliance of Life and Chandelier of Grief, will be exhibited together with a small presentation of photographs.‍

Adam Pendleton: Who is Queen?

‍The Museum of Modern Art will present this summer Adam Pendleton: Who Is Queen?, a large-scale multimedia installation that will transform the museum’s atrium into a theatrical stage, bringing the formal mechanics of musical counterpoint into contact with the aesthetics of protest.‍

Tracey Emin / Edvard Munch: The Loneliness of the Soul

at The Royal Academy, London

Tracey Emin took an interest in Munch from a young age: “I’ve been in love with this man since I was eighteen”. The Loneliness of the Soul will reveal the way in which Munch has been a constant inspiration and will showcase Emin’s wide-ranging skills as an artist.‍

For the first time in Spain, the museum will be presenting a retrospective on the American painter Alex Katz. The display will include around 30 large-format oils accompanied by various studies, offering a survey of the artist’s habitual themes.‍

at the Langen Foundation, Düsseldorf‍

Alicja Kwade's sculptural work will be displayed in the backdrop of the prestigious Langen Foundation later this year. Designed by renowned architect Tadao Ando, the foundation's concrete, grand galleries make a striking setting for Alicja Kwade's work, which invade the space to trick the audience's perception, experimenting with space and time, exploring what is real and what is not.

The Busan Museum of Art in Korea is showing a solo exhibition by Antony Gormley titled Feel and representing the inaugural event in a new series of exhibitions called "Lee Ufan and His Friends" that will begin to take place at Lee Ufan’s space. ‍

Popularly radical and radically popular, Warhol was an artist who reimagined what art could be in an age of immense social, political and technological change. This major retrospective is the first Warhol exhibition at Tate Modern for almost 20 years, including works never seen before in the UK.‍

Building on Puerto Rican light (1965) in the museum’s permanent collection, one of the artist’s early signature fluorescent tube light sculptures, ICA Miami is presenting a focused presentation of his works from the mid-1960s. ‍

at the National Portrait Gallery, London

David Hockney: Drawing from Life, will explore Hockney as a draughtsman from the 1950s to the present by focusing on depictions of himself and a small group of sitters close to him: his muse, Celia Birtwell; his mother, Laura Hockney; and friends, the curator, Gregory Evans, and master printer, Maurice Payne.‍

This exhibition will focus on Ruff’s photographic series from the past twenty years. For his often large-format images, the artist often used found photographs from a wide variety of sources, hence, the exhibition will not only offer an overview of Ruff’s work, but also of nearly 170 years of photographic history.‍

Katharina Grosse: It Wasn't Us

For her upcoming exhibition It wasn’t Us, Katharina Grosse will use the historical hall of the Hamburger Bahnhof, including its walls, floors and ceilings to conceive a three-dimensional atmosphere of vibrating colour that will radically renegotiate the existing order of the space of the museum.‍

Alexander Calder: Modern from the Start

Modern from the Start looks at Calder’s work through the lens of his connection with MoMA. Drawn from the museum's collection and augmented with key loans from the Calder Foundation, this exhibition covers the full scope of Calder’s work, from the earliest wire and wood figures to the monumental abstract sculptures of his later years.

Best known for his full-size, fabric reconstructions of his former residences in Seoul, Berlin and New York, Suh’s creations address issues of home, displacement, individuality, and collectivity, articulated through the architecture of domestic space. A recent gift to LACMA, 348 West 22nd Street replicates the artist’s residence in New York.‍

If you missed the French pavilion at the 58th edition of the Venice Biennial last year, you still have a chance to see it at Les Abattoirs in Tolouse. In Deep See Blue Surrounding You, the artist Laure Prouvost has conceived a liquid and tentacular pavilion structured around a reflection on who we are, where we come from, and where we are headed.