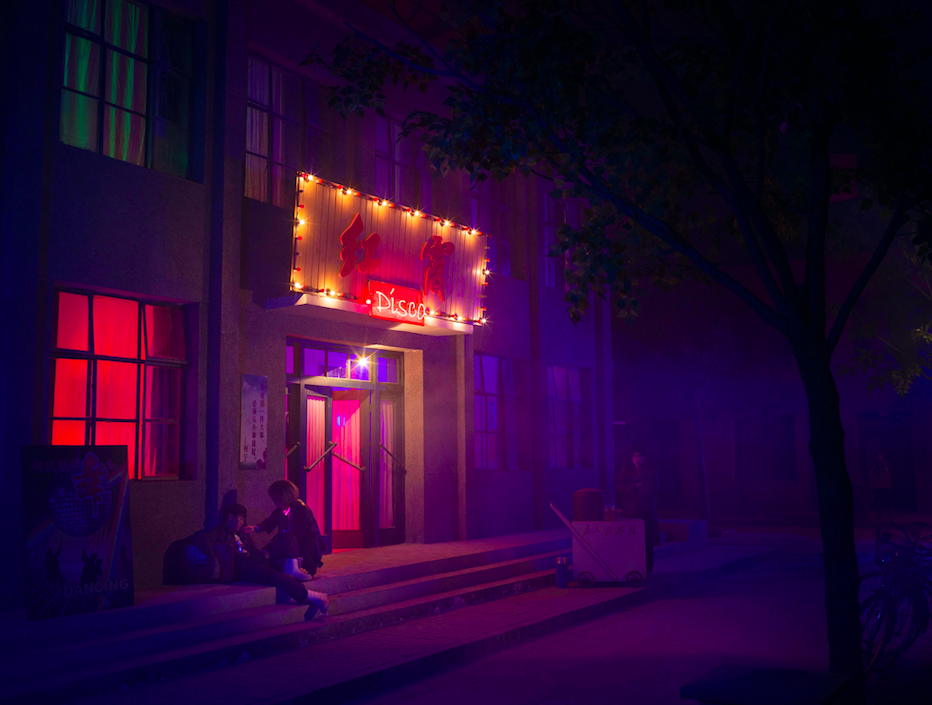 From February 28th to April 18th

Wet Slit, is Donna Huanca’s debut exhibition with the gallery and her first solo show in London since SCAR CYMBALS at the Zabludowicz Collection(2016). Merging painting, sculpture, sound and scent, Huanca’s site-specific installation immerses her viewers in a total environment which presents her unique aesthetic with a politics of the body and its relationship to space and temporality.

From February 11th until March 27th

Presented in site-specific chambers, the works feature elliptical and circular shapes that change colours hypnotically, one colour morphing into the next. The programme runs on a loop that is imperceptible to the viewer, prompting a transcendental experience.

From March 6th to April 18th

The show will display a group of works from the 1980s and 1990s selected by the artist herself; the selection aims to reflect the connection between the writings of Paul Klee (1879–1940) and her own understanding of abstract painting. Concurrently, late works by Paul Klee will be also on display on the ground and first floors.

From March 6th to April 18th

Showing late works of the artist dated from the early 1930s until his death in 1940, the exhibition at David Zwirner explores the diverse visual and formal styles of Klee’s art.

Hot with Excess: A Season of Contemporary Artists' Opera

Ella Kruglyanskaya: This is a Robbery

The exhibition takes the form of a continuous collage in two parts across both gallery spaces. The show presents a large variety of works on canvas, on paper and egg tempera panels. The show unpacks the traditions of portraiture, still-life, trompe l’oeil and the memento mori and examines Kruglyanskaya's own artistic output throughout.

From January 25th to April 13th

In the exhibition, Picasso’s creative process is analysed through a remarkable documentary footage of the artist at work and through a collection of studies for Guernica and sketchbooks of revolutionary masterpieces like Les Demoiselles d’Avignon.

From February 28th to April 25th

The exhibition presents works coming from an important artistic period of the Korean artist, when he was involved in the international avant-garde movements both in Asia and Europe. The paintings on display aim to draw the attention on the conceptual and technical approaches that have becomes emblematic of his late work.

From February 6th to May 10th

Since painting was pronounced dead in the 1980s, a new generation of artists has been revitalising the expressive potential of figuration. Charging their vibrant canvases with a social and political undertow, they echo the words of Philip Guston: ‘I got sick and tired of all that Purity. I wanted to tell stories’. The exhibition brings together 40 canvases created over the last 20 years, with offerings from 10 painters: Michael Armitage, Cecily Brown, Nicole Eisenman, Sanya Kantarovsky, Tala Madani, Ryan Mosley, Christina Quarles, Daniel Richter, Dana Schutz and Tschabalala Self.

From February 7th to May 2nd

The immersive installation at Hauser & Wirth develops on the theme of travel by displaying elements of an aircraft cabin and widows which appear as a point of connection between interior and exterior spaces. In this regard, the show expands on theme like architecture and light, topics that are constantly present in Genzken’s work.

Unmanageable marks Hughes’ first solo exhibition with Pilar Corrias, showcasing 11 recent paintings from the American painter and printmaker. This recent body of work proposes a novel exploration of interiority by using landscape as a model for working with and through consciousness. She began this series of paintings while offering support to close friends that were experiencing horrific tragedies and ordeals.

From February 7th to May 2th

The show reveals the full expressive potential of the pioneering Polish artist Alina Szapocznikow. The exhibition, which is Szapocznikow’s first solo show in the UK since 2017, displays works she made through the material innovations she realised during the last decade of her life.

From February 18th to April 16th

Ettore Spalletti, was and still is revered in Italy and celebrated abroad as the ‘painter of light’. This exhibition is dedicated to Spalletti’s choice and use of simple forms methodically covered with his signature palette of gentle blues, greys and pinks. Instead of eliminating expressivity they evoke a serene, soothing and calm construction, like a Tiepoloesque sky or a Piero della Francesca background.

From February 5th to April 19th

As part of the on-going Design Commission, NOW Gallery has selected Moureaux to present a large-scale installation in the UK for the first time.Inspired by the gallery’s location on the Greenwich Peninsula, the installation draws the attention on the flow of time by showing layers of numbers in 100 shades of colours.

at the National Portrait Gallery

From February 27th to June 28th

The National Portrait Gallery presents the first major exhibition devoted to David Hockney’s drawings in over twenty years. The exhibit presents a selection of works that explores Hockney’s artistic production from the 1950s to the present, focusing on depictions of himself and a small group of sitters close to him.

Gauguin and The Impressionists

at The Royal Academy

This exhibition is a unique opportunity to view the Ordrupgaard Collection’s treasure of Impressionist works; the show will feature works by artists like Monet and Degas, pre-Impressionist artists like Corot andCourbet, as well as artists associated with the Barbizon School, such as Dupre and Daubigny. The exhibition also includes incredible pieces of the Post-Impressionist figure Paul Gauguin, that span his career path.

The exhibition will comprise new works on paper and sculptures by artist Christopher Wool. Integrating both mechanical and analogue processes, the works on paper combine a silkscreen printing process, overpainted with oil and enamel. Sourced from the open landscape of the desert, the structure of the metal sculptures is drawn from tangled ranching wire found on the artist’s property in Marfa, Texas. This will be the artist’s first solo exhibition in the UK since 2006 and the eighth solo show with Galerie Max Hetzler since 1989.

David Hockney: Video Brings Its Time to You, You Bring Time to Paintings and Drawings

From February 28th to April 25th

From March 12th to September 6th

This major retrospective is the first Warhol exhibition at Tate Modern for almost 20 years. As well as his iconic pop images of MarilynMonroe, Coca-Cola and Campbell’s soup cans, it includes works never seen before in the UK.

This exhibition brings together new and existing works in an immersive, site-specific installation, expanding the themes of automation, virtuality and technology that Cao Fei continuously draws upon.