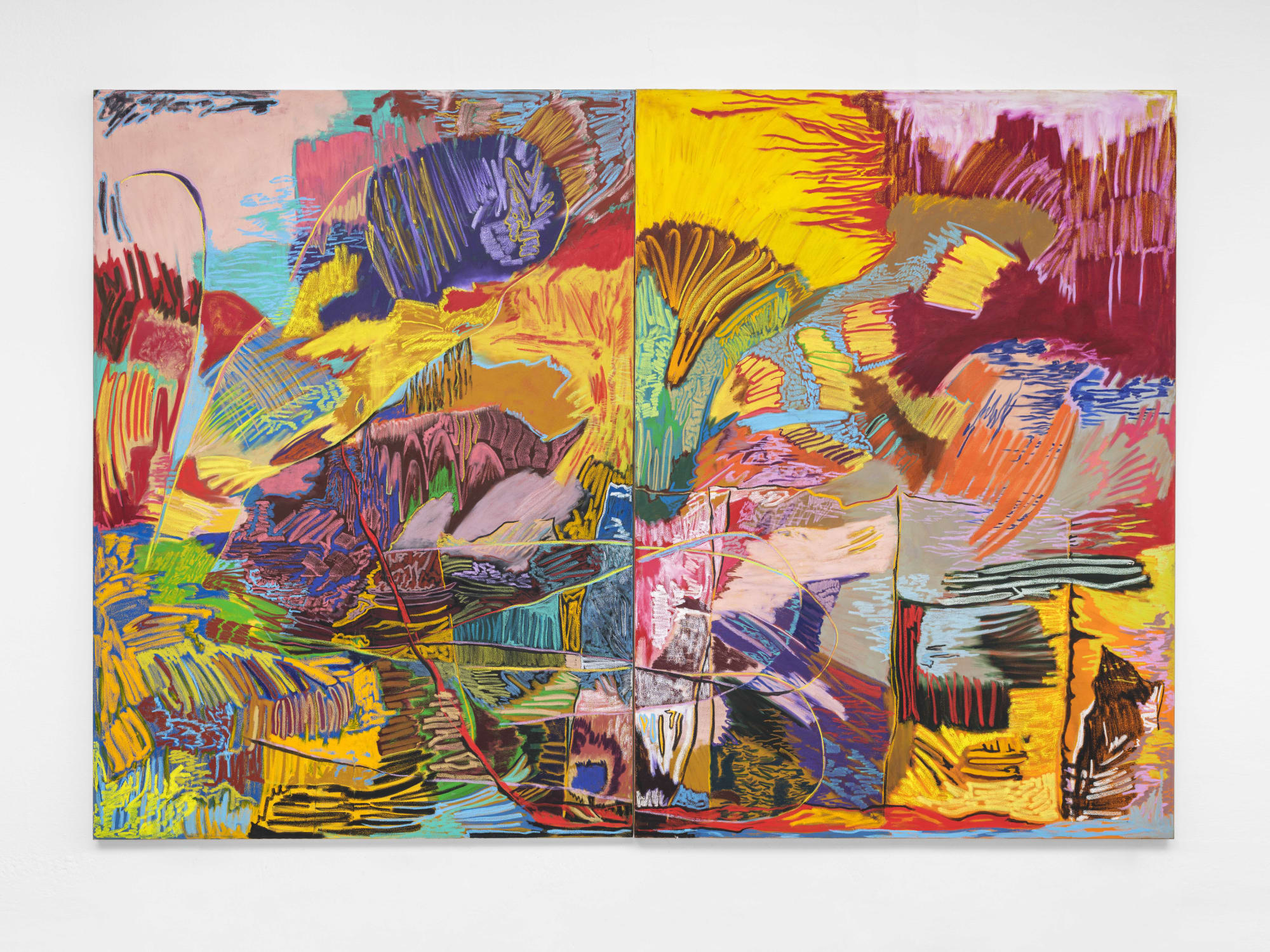 As innovating as ever, the art world is taking advantage of new technologies, while recognizing the importance of the natural environment, and making time for nostalgia in equal measure. Here is our guide to captivating artists that we loved in 2022.

Solange Pessoa creates immersive, sublime and emotional experiences with her work. She adopts a visceral and astounding relationship with her local landscape in south-eastern Brazil. This year she represented Brazil at the Venice Biennale, with her Sonhíferas series, that consists of bold black and white drawings alongside a series of carved soapstone sculptures (pedra-sabão).

Pessoa was also featured in a collective exhibition at Palais de Tokyo later this year, Réclamer la terre. This exhibition was about starting a dialogue around ecologic emergency, which is more and more relevant in today’s landscape.

Alex Katz emerged at the opening of Gathering at the Guggenheim. This retrospective exhibition shows works from the 1940s to the present, and his creative continuity was portrayed eloquently in Guggenheim’s spiral ramp. Having lived and worked in New York for most of his life, the artist’s collection has become a record of the city’s creative scene.

Imhof is considered the artistic voice of the new generation. This year, the artist’s work was featured in Miami Art Basel by Sprueth Magers, alongside a solo exhibition at their London galleries, Avatar II, where Imhof displays a restrained approach to installation art.

Her exhibition YOUTH at Stedelijk Museum marked her first solo exhibition in the Netherlands and welcomed the viewers for an immersive experience.

Jiang Cheng’s works are informed by the process of conceptualism and by his strategies of repetition. His latest exhibition at the ICA takes place in the museum’s Ray Ellen and Allan Yarkin space that is especially dedicated in support of important emerging artists. The artists first institutional presentation features a selection of new and recent paintings that build on Cheng’s exploration of the psychological force of portraiture.

Harminder Judge’s most recent body of work engages with the history of Indian abstract painting, and borrows techniques from Italian fresco and Indian reverse glass painting.

Following his solo exhibition, at the Sunday Painter, ‘Harminder Judge: Rising Skin from Rock and Chin’, his new works were featured in a solo booth curated by the gallery at Frieze London. Judge was part of a group exhibition later this year at Blindspot Gallery in Hong Kong, ‘New Beginnings’.

Guilbert’s works are created from memory, in attempts to capture his encounters of the volcanic landscape of his home. Abstraction is the manner in which Guilbert can convey a spiritual and philosophical understanding of nature.

This year, Guilbert had a solo exhibition at Pace Gallery, titled Fournez where a new body of works were beautifully displayed, alongside being praised for his unique approach to Abstract art by numerous publications and auction houses.

An increasingly prominent voice among a new generation of figurative painters, Doron Langberg is renowned for his often large-scale works that are luminous in color and portrays sense of intimacy.

Langberg was featured in Victoria Miro’s booth in Miami Art Basel this year and presented a beautiful display at Rubell Museum.

Predominantly known for his Dansaekhwa paintings, Ha Chong-Hyun has devoted his lifelong career to exploring and understanding materials and their properties. The artist’s works were displayed in an astonishing retrospective curated by Sunjung Kim, at Fondazione Bevilacqua la Masa, in Venice.

Spalletti's works embody continued investigations into the use of color and light, he explores the system of color effects that provoke a serious of questions about the rigid order of forms and volumes, shifting attention from the surface of painted images to the painting of surfaces of objects.

Spalletti was featured at Paris Art Basel, and at Diocesan Museum alongside historical pieces in Naples creating a dialogue between ancient and contemporary art.

Wolfgang Tillman’s creative process is based on a irrepressible curiosity, extensive research and an everlasting engagement with the technical and aesthetic potential of the medium of photography. His visual language is expressed by a close observation that explores a deeply human approach to our surroundings.

This year the artist had his first museum survey at MoMA, New York that encapsulated his practice at its best.

Simone Leigh’s practice embodies sculpture, video, and installation all informed by her ongoing exploration of black female-identified subjectivity. Leigh representing the United States this year at the Venice Biennale, has received praise for her installation, ‘Brick House’, and was honored with the Golden Lion Prize.

Jones transfers her own closely cropped, photographic imagery onto intimately sized panels of recycled suede, silk and leather through a process of monotype printing and overpainting. Nuanced shifts in colour and tone are unique to each work, creating unforeseen interactions with her often familiar subject matter. In this way, Jones celebrates the ephemeral nature of the everyday, prompting a reconsideration of the fleeting and discarded.

Jones had a solo exhibition this year at Mai 36 Gallery in Zurich, featuring 14 works of the artist.

Being part of the first post-Communist Czech generation, Hosnedlová fuses elements of science fiction, technology and the natural world in her charged, narrative. Inspired by ‘novel spaces’, including the ’60s and ’70s Modernist and Brutalist architecture of Central Eastern Europe, Hosnedlová combines performance, sculpture and embroidered painting in works which can be understood as a single artwork entity.