10 Artists Defining Portraiture in the Context of Contemporary Art 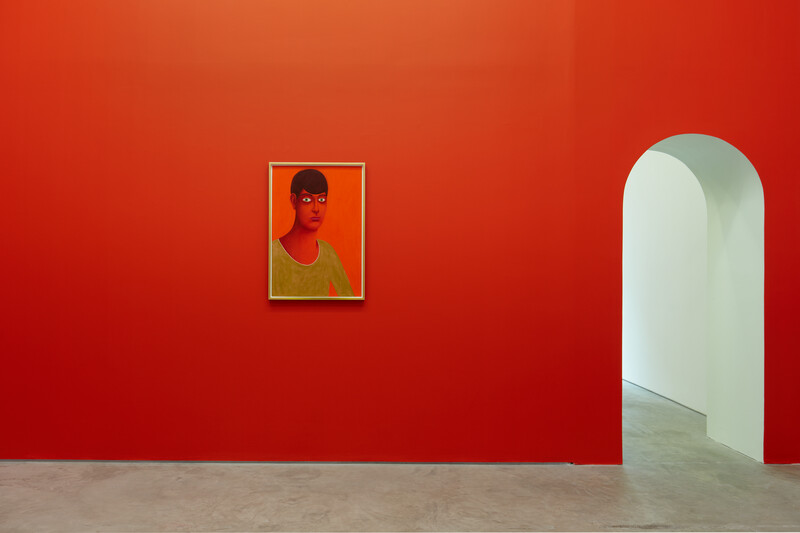 The history of portraiture as an artistic medium can be traced back to centuries. From Greco-Roman sculptures of gods and heroes to decadent paintings of 18th century French aristocrats, the history of portraiture is rooted in the desire of glorifying the rich and powerful. From the Renaissance through the mid-19th century, traditional conventions of portraiture remained unchanged, later on however, artists began to challenge portrait conventions as the interest in illusionism began to dissolve. They also moved away from traditional portrait subjects now focusing on everyday people.

Partly due to the advent of photography, portraiture went from being about communicating power and status to be about conveying emotions. Now, photographers could capture the exact likeness of a person, so artists were free to experiment with colour and perspective. Throughout the 20th century, portraiture was a method used for exploring new techniques in painting, photography, and printmaking. Artists like Pablo Picasso began deconstructing faces and bodies, experimenting with his subjects to convey their inner sentiments rather than their actual physique. Another example is Alex Katz, who utilises many different techniques of printmaking to achieve the rich colour palette of the print. As a career portraitist, Katz experiments with media rather than subject matter.

Today, the genre continues to evolve along with the world of contemporary art. In this month's list of artists to watch, we shine a light on ten contemporary artists pushing the boundaries of this beautiful genre to suggest aspects of the sitter's personality or psychology, and furthermore, of society as a whole.

Born 1962 in Colorado, Lives and works in New York.

John Currin’s distorted portraits range from the satirical to the grotesque, riffing on art history and pornography alike. The artist combines elements of staged Renaissance compositions with contemporary aesthetic influences such as pinup posters, X-rated images, and B movies. His enigmatic caricatures simultaneously embrace beauty, abjection, and cultural traditions high and low. Currin studied at Carnegie Mellon before receiving his MFA from Yale. He has exhibited in New York, Los Angeles, London, Paris, Hong Kong, Brussels, and Tokyo, among other cities. Currin’s work has sold for up to eight figures at auction and belongs in the collections of the Art Institute of Chicago, the Centre Pompidou, the Hirshhorn Museum and Sculpture Garden, the Museum of Modern Art, the Tate, the Whitney Museum of American Art, and the Museum of Contemporary Art, Los Angeles.

Born 1980 in Lausanne. Lives and works in New York and Brussels.

Party is a figurative painter who has achieved critical admiration for his familiar yet unsettling landscapes, portraits, and still lifes that simultaneously celebrate and challenge conventions of representational painting. Rendered in richly saturated hues and soft pastels, Nicholas Party’s Portrait from 2015 brilliantly re-energizes the traditional genre of portraiture and encapsulates the audaciously coloured, quasi-Surrealist characters that have come to define Party’s captivating brand of portraiture. Oscillating between convincing illusionism and comical artifice, Party at once conveys his figures as impossibly flat – as if painted on the surface of a mask – whilst simultaneously achieving uncanny volume and shade, suggesting a smoothly three-dimensional presence.

Born in 1985 Zhejiang, China. Lives and works in Beijing.

The works of Beijing-based painter Jiang Cheng reflect an abiding commitment to exploring the procedural and psychological codes of portraiture. Trained at both the China Academy of Art and the University of Arts (UdK) Berlin, the artist’s practice is rooted in a trans-historical dialectic between plural cultural and aesthetic dictates. Executed in a single session without recourse to self-correction, Jiang’s hallucinatory, fluid and process-based paintings of faces–often cropped to detach from codes of legible race and gender–assertively repudiate a dyadic apprehension of seemingly partitioned coordinates: the aleatoric and pensively controlled, apparent and abstracted, singular and multiple, masculine and feminine–all the while synthesising a unique assembly of Eastern and Western genealogies of outline and gesture.

A sense of unease and dark humor ripples through the oil paintings of Anna Weyant, depicted through the expressions of her female subjects as well as the unconventional items—such as suggestively positioned hot dogs, decapitated roses, and a platter of piranhas—found in her still lifes. Frequently working in a muted palette of yellows and greens, Weyant’s paintings recall the meticulous brushwork and compositions of 17th-century Dutch masters like Gerrit van Honthorst, but with an irreverent twist like that of contemporary painters John Currin and Jesse Mockrin. Her tragicomic works have earned critical acclaim for their seductive balance of light and dark, and she was featured on the cover of a 2020 issue of New American Paintings.

Born 1983 in Peland. Lives and works in Lisbon.

Banality, triviality, drawing and architecture form the core interests in Rafal’s painting practice. The paintings are made intuitively (however hermetically defined) and then become subject to a period of consideration and combination, inside and outside frame of work. Within the overall body of work, a variety of approaches to abstraction and figuration are employed to both coherent and dissonant effect.

Danielle Mckinney’s paintings portray projections of the self depicted in dramatic, iconographic tableaus. These imagined figures stand in as the artist’s self-reflections, depicted in spare yet richly evocative scenes. There is a timeless quality to Mckinney’s images, which echo compositions across the canon of portraiture without making direct quotations, instead suggesting art history’s lingering influence on the psyche. In the same breath, the paintings draw equal inspiration from social media, incorporating and refracting contemporary photography as it frames narratives of the unconscious. Indeed, the influence of photography can be found in Mckinney's tight croppings, her attunement to light and dark values, and her singular compositions. Nevertheless, the paintings convey a world of approximations that speaks to a universal experience, as her own alter-ego becomes a stand-in for the viewer. Mckinney’s work shows an image-maker channeling distinct visions of herself through her hand, arriving at scenes of extraordinary expression.

Lynette Yiadom-Boakye’s oil paintings focus on fictional figures that exist outside of specific times and places. Her paintings are rooted in traditional formal considerations such as line, colour, and scale, and can be self-reflexive about the medium itself, but the subjects and the way in which the paint is handled is decidedly contemporary. Her predominantly black cast of characters often attracts attention. In an interview with Hans Ulrich Obrist in Kaleidoscope, she explained “People are tempted to politicise the fact that I paint black figures, and the complexity of this is an essential part of the work. But my starting point is always the language of painting itself and how that relates to the subject matter.”

Jesse Mockrin’s vivid portraits transform Old Masters subjects into unsettling, contemporary compositions. The Los Angeles–based painter crops scenes lifted from Caravaggios or Vermeers, for example, then zooms in on body parts or lets her canvases comprise mostly empty space. Sometimes, Mockrin divides compositions across multiple canvases while eliminating crucial pieces of the full image, as seen in works such as Abduction (2018) or Blinded, ridiculed, pitied (2020). She received her MFA from the University of California, San Diego, and has exhibited at galleries in New York, Los Angeles, Seoul, and San Diego. Mockrin’s work belongs in multiple collections including the Los Angeles County Museum of Art, the Rubell Collection, and the Dallas Museum of Art.

Ellie Pratt’s works draw upon the psychological tension of women fulfilling a directed role in fashion photography. In Pratt’s work the objectification of women is heightened by exposing the dynamics of the male gaze as perpetuated through the published image.

Born 1983 in Enugu, Nigeria. Lives and works in Los Angeles.

Drawing on art historical, political and personal references, Njideka Akunyili Crosby creates densely layered figurative compositions that, precise in style, nonetheless conjure the complexity of contemporary experience. Akunyili Crosby was born in Nigeria, where she lived until the age of sixteen. In 1999 she moved to the United States, where she has remained since that time. Her cultural identity combines strong attachments to the country of her birth and to her adopted home, a hybrid identity that is reflected in her work.

Born in 1980 in England. Lives and works in Paris.

Alex Foxton’s painting takes traditional images of masculinity, deconstructs their archetypes and reveals their complexity and ambiguity. He explores the personal history and humanity of the heroes or mythical figures that inhabit our western culture, painting a new narrative in the hollow of the history known to all. The figures depicted are stretched, torn between a calm face and an expressive body, tortuous or ecstatic, underlining the tension of each character. Alex tries to get rid of the objective and dominant gaze that shapes these virile male figures to reveal an embodied vision and to let a desire for these bodies come to life. Using glitter and a sugary palette of mauve, lemon yellow, and azure, Foxton broadens hips and shoulders and minimises waists and jawlines to create androgynous male figures. Foxton’s sensual portraits recall Modern masters Picasso and Matisse in their acrobatic forms and flat colours, while his knowledge of the male form is informed by his experience as a luxury menswear.