Ha Chong-Hyun came to prominence with his Conjunction series in the early 1970s, which have led him to build his signature style, pushing the paint from the back to the front of hemp cloth. As a leading member of the movement known as Dansaekhwa, or “monochrome painting”, he has consistently used material experimentation and innovative studio processes to redefine the role of painting, bridging the avant-garde traditions between East and West. Committed to redefining modern art and rejecting mainstream academic trends, Ha developed a process that converted physically demanding studio processes into abstract compositions. In his most recent work, Ha has expanded upon his practice of transforming three-dimensionality into a two dimensional surface by experimenting with new ways to add materiality and a sense of volume to colour. 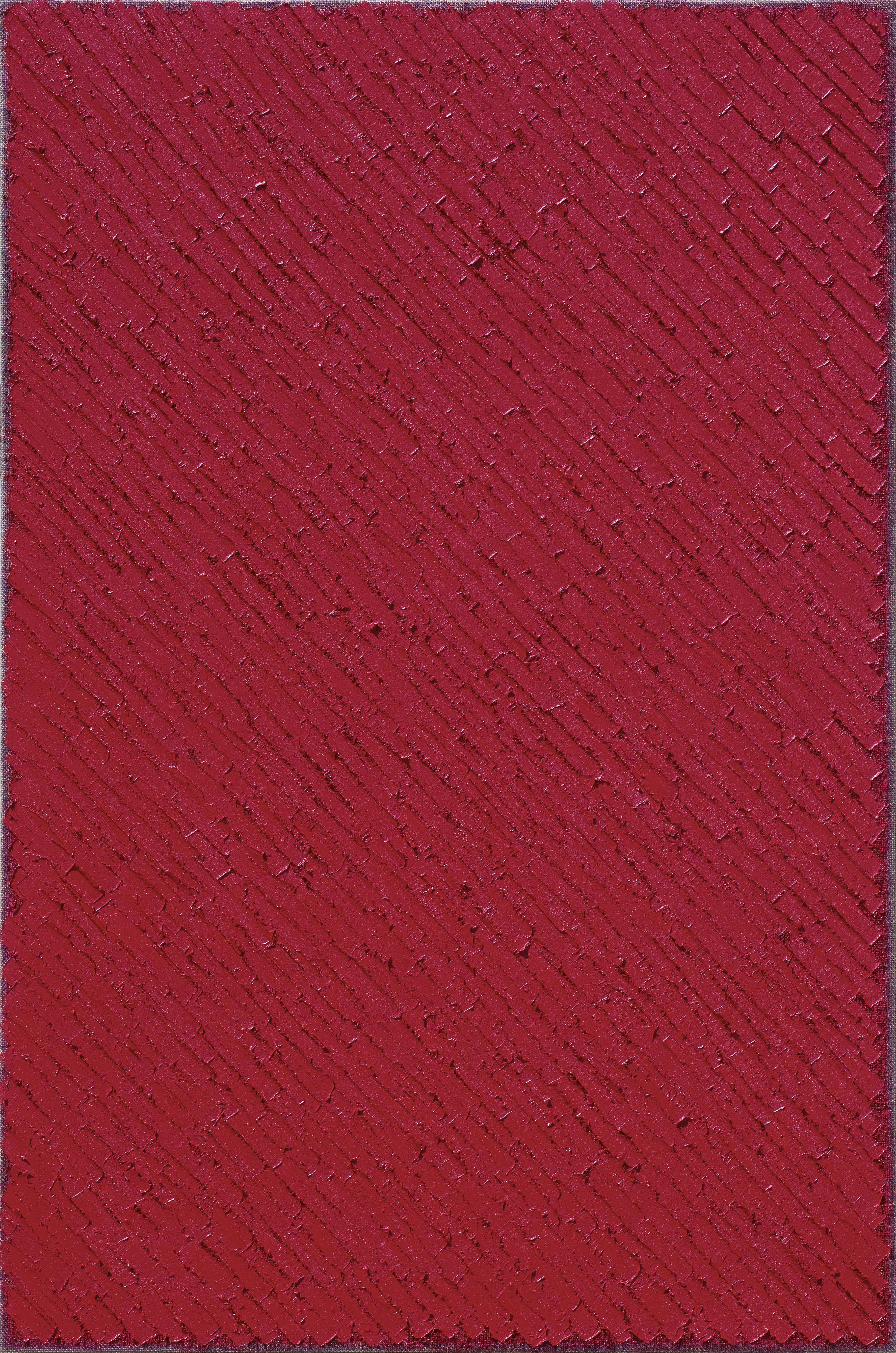