Andrew Pierre Hart explores the symbiotic relationship between sound and painting through ongoing rhythmic research and play between improvised and spontaneous generative processes. The artist’s practice questions the many formalities and dialogues around painting. His works explore somatic responses to ideas relating to sound including but not limited to acoustic levitation, spatialization, the human as a vessel of sound and the creation of physical and theoretical space. Deeply influenced by music, Hart’s work is a renegotiation of the visual language and legacies of Western abstraction, probing connections between the phenomena, language and representation of sound in painting. He holds an MA in Painting from the Royal College of Art (2019) and BA inFine Art from Chelsea College of Arts (2017) and he was included in the show Mixing It Up: Painting Today, Southbank Centre, Lon-don (2021). 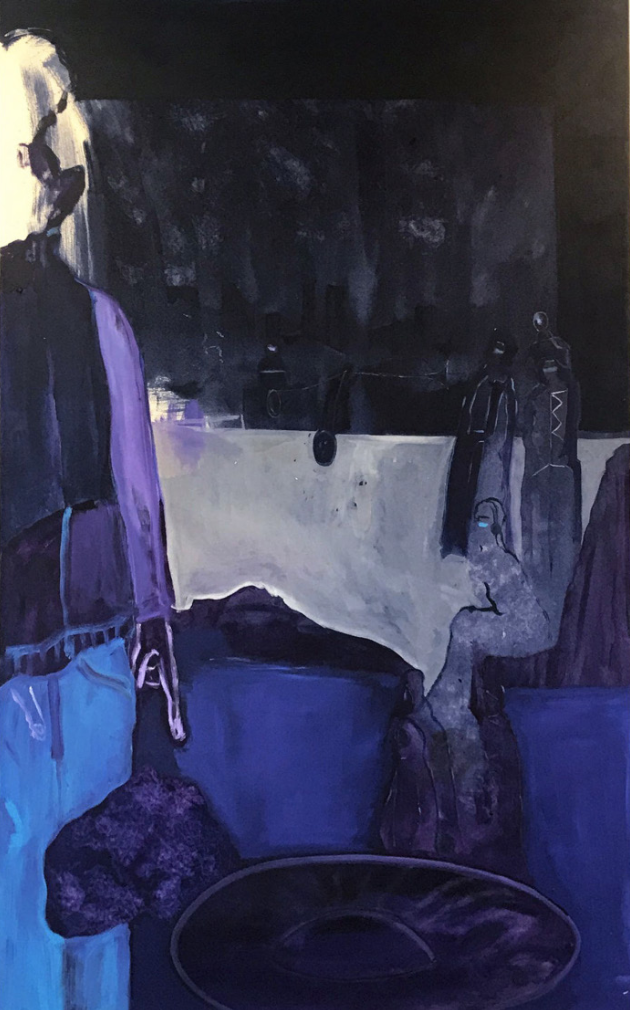